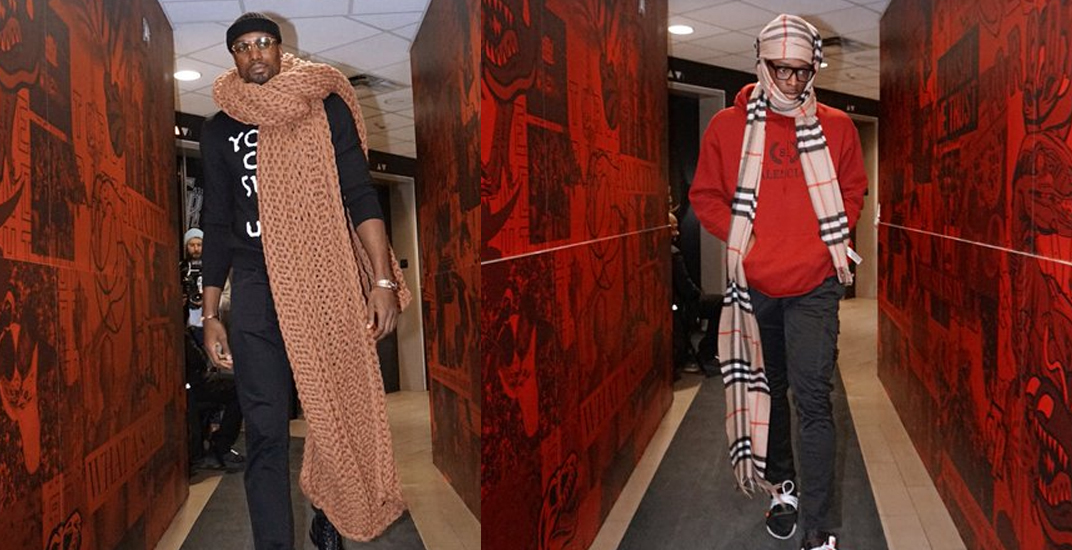 There’s a brewing conflict deep within the walls of the Toronto Raptors locker room.

This is the last thing the Raptors needed as rumours swirl about the New York Knicks trying to poach Masai Ujiri, but an intense rivalry continues.

The teammates were seen having a heated discussion about all things fashion inside this clip from “Uninterrupted”.

By far, the highlight of the video was Ibaka and OG’s heated argument about who introduced scarves into their wardrobe first. The money quote is Ibaka’s retort to OG: “I’ve been in the scarf game 10 years now,” and “I don’t dress, I do art.”

Well, consider this round two of the scarf-off. Ibaka made his voice loud and clear by showing up to tonight’s Raptors game at Scotiabank Arena with a monster of a scarf. To give you an idea of how long it is, Ibaka himself is seven-feet tall.

… “I’ve been in the scarf game 10 years now.” pic.twitter.com/hboWNFfAbt

So who wins the scarf off? pic.twitter.com/k8xvJ78zAA

Twitter quickly went to work to find the missing link between Ibaka and Lenny Kravitz; their famous seven-foot long scarves, AKA one entire aisle from Fabricland.

Who wore it best? pic.twitter.com/V67PgjsKLe

Not one to be outdone by his teammate, Anunoby arrived to the game with this Burberry classic check cashmere scarf.

This scarf battle isn’t even close to being over, not by a long shot. But it appears as though Ibaka won this round. We’ll soon find out who does “art” the best.