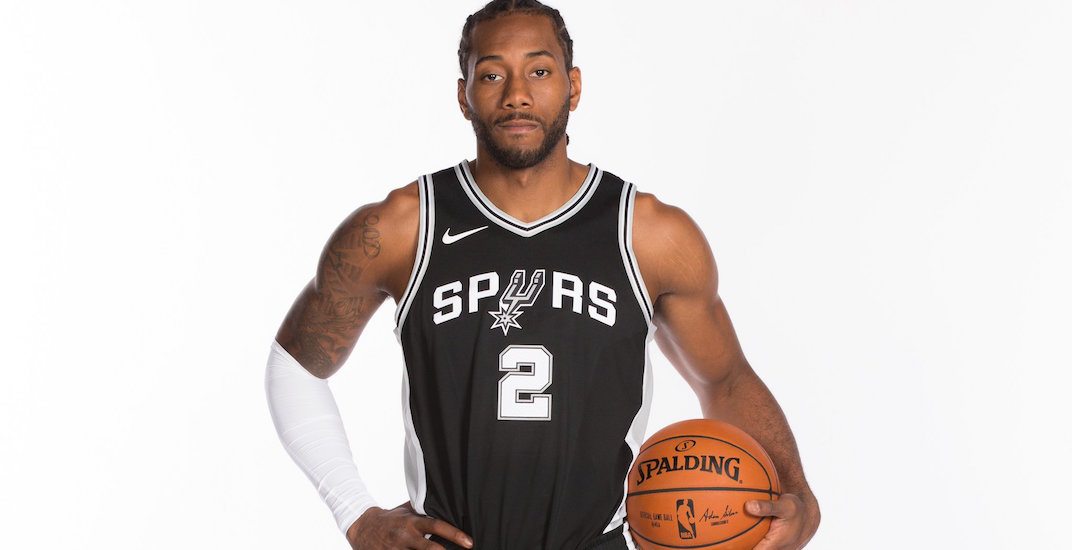 There’s no such thing as half measures when your team comes off a 59-win regular season, gets swept out of the second round of the playoffs and responds by firing the Coach of the Year. The moment Dwane Casey was let go, ‘playing it safe’ was completely out the window for the Toronto Raptors.

Instead of sticking with the status quo, they pulled off the gutsiest move in franchise history.

The Raptors captured the gaze of the entire NBA community by orchestrating a blockbuster trade for the ages, sending DeMar DeRozan, Jakob Poeltl, and a protected pick to the San Antonio Spurs in exchange for Kawhi Leonard and Danny Green.

If Masai Ujiri was looking to make wholesale changes from within, there was no bigger move he could’ve pulled off than that – dealing a franchise cornerstone in DeRozan for a top-five player in the NBA in Leonard.

It’s an incredibly bold move that has the potential to backfire on the Raptors, but after failing to advance to the NBA Finals for the past five consecutive seasons, something had to be change. Even with LeBron James leaving the Eastern Conference for the Los Angeles Lakers, the status quo wasn’t going to get the Raptors beyond the Conference Finals.

By bringing Leonard into the fold, the Raptors are adding a tremendous player to their roster, but admittedly, he’s the biggest wild card in the NBA. When healthy, Leonard can be one of the best in the game. But that caveat “when healthy” looms large over the former Spur, who played only nine games last season.

He was sidelined for months with a quad injury, but rumours of his rift with the Spurs’ front office and head coach Greg Popovich may have played a part in Leonard missing the rest of the 2017-18 season.

If Leonard was that indifferent about playing for the Spurs – one of the NBA’s model organizations – there are no guarantees what his state of mind will be with the Raptors. Early on Wednesday morning, Chris Haynes of ESPN reported that Leonard has “no desire” to play in Toronto.

His agent has since said that he’ll report to camp and play, but if you’re the Raptors, that’s the last thing you want to hear about the guy you just acquired.

This deal is even riskier because Leonard only has one year left on his contract. If this experiment fails, Leonard could walk away as a free agent next July and the Raptors would be left with nothing.

For the Raptors, this was the Halley’s Comet to land a marquee, game-changing player. Very rarely are superstars like Leonard made available in trade, let alone an opportunity for the Raps to land one for themselves.

LeBron wasn’t coming to Toronto. Steph Curry isn’t going anywhere. James Harden probably didn’t have Toronto on his free agent wish list. The only way for the Raptors to add an MVP-calibre player was to take this one-in-a-million chance to land Leonard.

Make no mistake, this move has the potential to crash and burn catastrophically. Leonard may decide he doesn’t want to play north of the 49th parallel and meanwhile, DeRozan takes his game to the next level in San Antonio.

Even if this trade fails miserably, one has to admire the moxie of Ujiri to at least make a bold move to better this team in an attempt to elevate the Raptors into the next echelon. Once Casey was let go, it was clear that one of the core players would be next to go. That ultimately ended up being DeRozan; the team’s franchise leader in total points and games played.

As previously constituted, the core of DeRozan, Kyle Lowry, Jonas Valanciunas, and Serge Ibaka would’ve been enough to get the Raptors into the playoffs again… maybe even win a playoff round (or two). That’s not good enough, anymore.

Sacrificing DeRozan for Leonard may seem like a high price to pay, but the Raptors essentially traded two seasons remaining of DeRozan (at close to $55.5 million guaranteed and a player option for 2020) for one season of Leonard (at $23.1 million).

Lowry, Valanciunas and Ibaka are all unrestricted free agents come 2020 anyway, so at some point, this core was likely going to be broken up.

By getting out from the rest of DeRozan’s deal now, the Raptors open themselves up to a whole range of possibilities come the 2019-20 season. Suddenly, there’s close to an extra $28 million available to spend in free agency one year from now. Who knows… maybe that money gets earmarked for a Leonard contract extension.

At first blush, there’s a lot to dislike about this trade. With so many unknown variables – Leonard’s health, his desire to play in Toronto – it feels like this deal could come back to haunt Ujiri and the Raptors in the near future.

Yet, nobody ever won a Larry O’Brien trophy by playing it safe. ‘Go big or go home’ is the mindset that justifies bold, risky moves like these. By making this trade for Leonard, it’s been made very clear; the Raptors are going big.