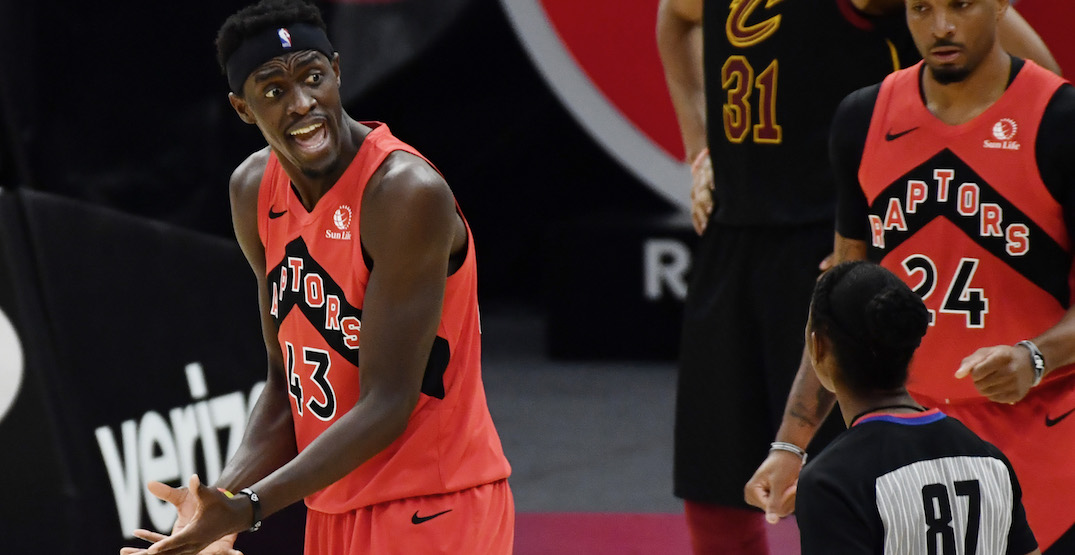 Frustration has set in for the Toronto Raptors.

The team sunk to a new low on Monday, losing their ninth game in a row. If that wasn’t bad enough, they lost by 18 points to the Houston Rockets — a team that was on a 20-game losing streak.

One night earlier in Cleveland, things appear to have boiled over with Pascal Siakam.

According to a report from The Athletic’s Shams Charania, the Raptors have fined Siakam $50,000 for a “verbal exchange” with head coach Nick Nurse. The incident came as the Raptors were leaving the floor, Charania says, following a 116-105 loss to the Cavaliers, with Siakam reportedly directing “several choice words” toward Nurse.

The Raptors dispute this claim, with a team spokesperson telling Daily Hive that the “report is not correct.”

The Raptors’ season has gone off the rails ever since COVID-19 struck the team, causing two games to be postponed and multiple players and coaches to miss games. Toronto’s record now sits at 17-26, good for 11th in the Eastern Conference.

Nurse was recently fined by the NBA for an incident that occurred after Friday’s loss to the Utah Jazz, in which Nurse threw his face mask behind the scorer’s table and towards the stands, and directed profanity toward game officials.

With just two days to go before the NBA trade deadline, many are speculating that the Raptors will be sellers, perhaps willing to deal pending free agents Kyle Lowry and/or Norman Powell.