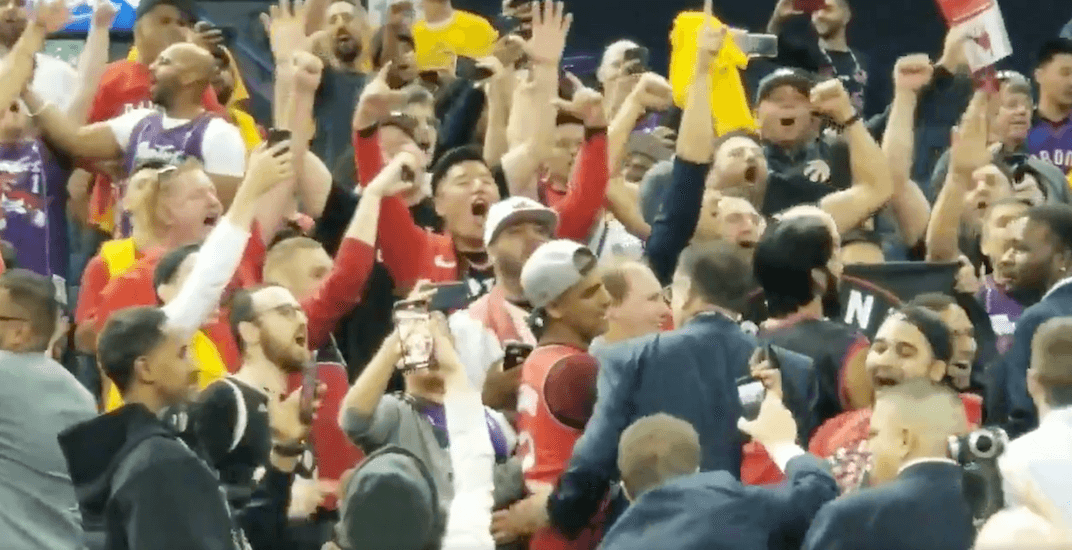 Visiting Toronto Raptors fans had every reason to celebrate following their team’s 123-109 road win on Wednesday.

It must feel like a dream for them, as the Raptors now have a 2-1 series lead over the mighty Golden State Warriors in the NBA Finals.

As time ticked down, Warriors fans at Oracle Arena began to head for the exits early.

You know who didn’t leave early? A whole bunch of Raptors fans, who soaked in the moment. In fact, it was hard for security to get some of them to leave, as the excited group of fans broke out in a rendition of O Canada.

Raptors fans in Oakland having a time. pic.twitter.com/gizVGjW6DE

Security sick but Raptors fans are NOT going home. pic.twitter.com/MTxZuqlk8N

Superfan Nav Bhatia was among the Raps fans that made the trip to Oracle, and can be seen in this video leading a “Let’s Go Raptors” chant.

The Raptors will look to take a 3-1 series lead Friday in Oakland.