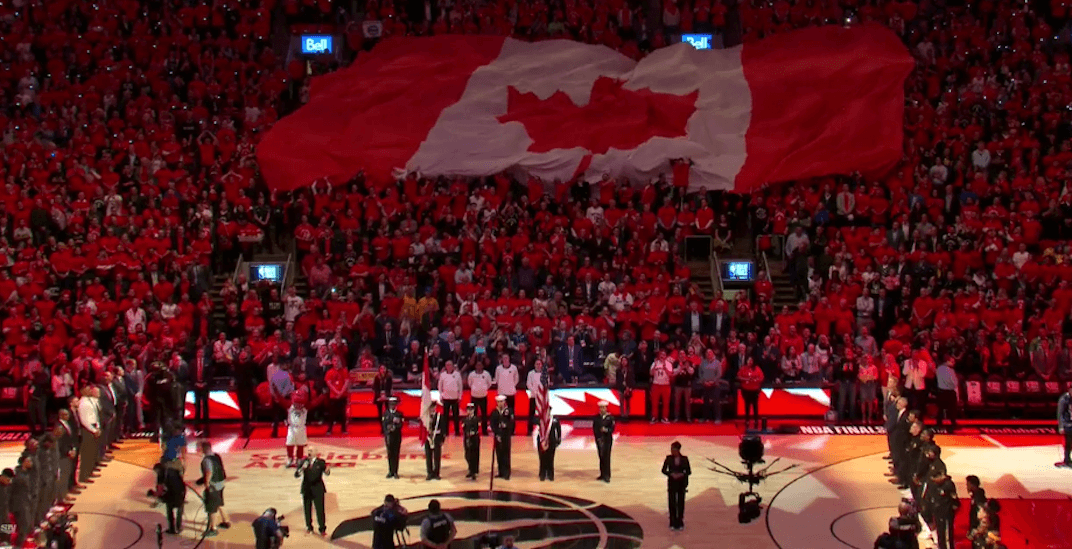 Before the biggest game in franchise history, the Toronto Raptors went in an unconventional direction for the singing of O Canada.

Longtime anthem singer Douglas Tranquada got the crowd started for logistical reasons, but stopped singing after the third line of the song.

From there, Raptors fans in attendance took over, as Tranquada didn’t say a word until the last line.

Drake and Eugene Levy among those at Scotiabank Arena singing 'O Canada' tonight before game 5 pic.twitter.com/oXGvstQtMt