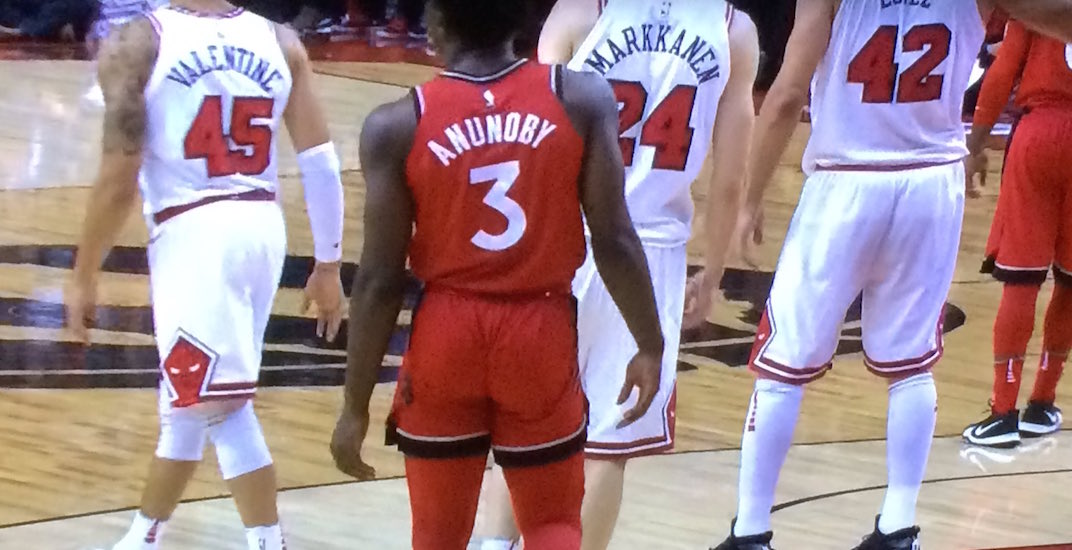 It was an impressive debut for OG Anunoby on Thursday.

The Raptors’ first round pick played his first NBA game, tallying nine points, three rebounds, and two assists in 17 minutes of action off the bench. The 20-year-old forward was also a team-high +26.

But as good as he looked because of his play, it was how the 6-foot-8 forward looked in his Raptors uniform that had a lot of people talking.

How to look like an OG. #Tights @Raptors #WeTheNorth #OGAnunby pic.twitter.com/lAKvG62dQh

Basketball shorts have seemingly been gaining in length for years now, but Anunoby dances to the beat of his own drum. OG took us back to another time, as it looked like he borrowed a pair of John Stockton’s old shorts for the game.

“I don’t care if he wears a bikini as long as he plays hard,” head coach Dwane Casey said of Anunoby, who also wore short shorts in college at Indiana.

Raptors fans, I’m sure, will agree:

@OAnunoby a real one for his shorts 👌🏽

My attention span is shorter than @OAnunoby ‘s shorts

Not sure what is better so far, the @raptors play or the fact OG is rockin the shorts #StocktonStyle #WeTheNorth #RTZ #OlSkool #LoveIt

Why are O.G Anunoby’s shorts so short lol

ANUNOBY WITH THE SHORT SHORTS

Jack is a joker. Who wears short shorts 😂😂😂. If he keeps playing like that OG can wear his shorts however he likes. #WeTheNorth #rtz

Will OG make short shorts trend in the NBA? 🤔 😂 #WeTheNorth

Listen, if I had as great of an ass as Anunoby I would also wear those shorts. #RTZ

Is OG in his short shorts looking to be the new JR. Swag Daddy in Toronto? #RTZ Cc. @DeMarreCarroll1 pic.twitter.com/0UOcntkGEq

OG Anunoby is aptly named. His shorts game is from 1979. #Raptors