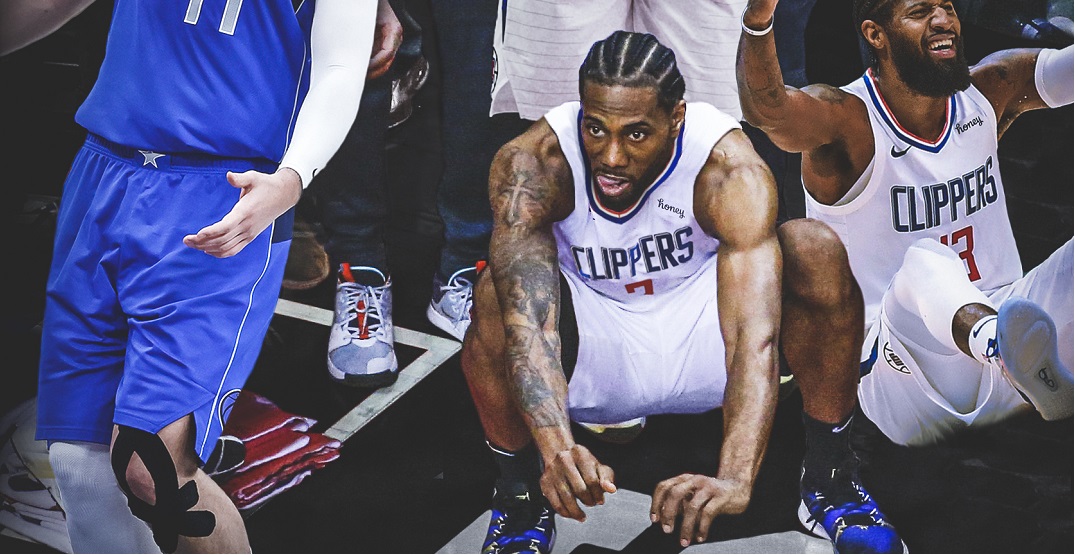 After former Raptor Kawhi Leonard’s 28-point, 10-rebound, nine-assist night in a Game 7 win for his LA Clippers over the Dallas Mavericks, a tweet from ESPN’s official account came out with an edited version of Leonard’s famous series-winning shot from 2019 Game 7 against the Philadelphia 76ers.

Kawhi comes through in another Game 7 to lead the Clippers over the Mavs ‼️ pic.twitter.com/ALbKamuJgR

Leonard himself remains the same in the graphic, with a new Clippers jersey photoshopped on. Paul George replaces Jordan Loyd (also infamously known as “random guy in a suit”), while Mavericks star Luka Dončić occupies the spot where Joel Embiid was in the original photograph, captured by Toronto Star‘s Rick Madonik.

Most Raptors fans might be over Leonard leaving but weren’t too pleased with ESPN, and the Clippers franchise themselves, who have a history of lifting the Raptors’ history and repackaging it as their own.

They really wanna live through our moments https://t.co/3CprAFwZN5

A team with no history of their own so they keep stealing it from one other team. https://t.co/YBNRYonS3K

This is weird man. We know Clippers don’t have their own moments but wow..

nah this is blasphemous wtf

Raptors radio announcer Eric Smith even got in on the action.

Leonard and the Clippers take on the Utah Jazz in the second round of the NBA playoffs, beginning tomorrow night.