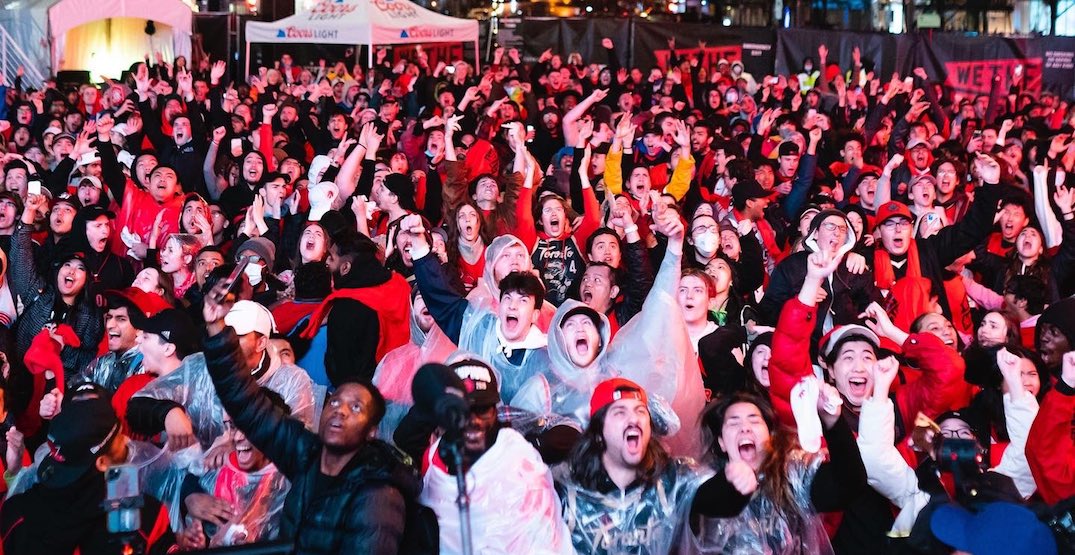 Blown out on home court, the Toronto Raptors’ season ended with a whimper on Thursday night.

Trailing by just one point at halftime, the Philadelphia 76ers took charge as soon as the second half began, gaining a 21-point lead by the end of the third quarter of Game 6.

The Raptors needed a miracle comeback, which never materialized, as they were blown out by a final score of 132-97.

Consequently, many fans at Scotiabank Arena in Toronto gave up and decided to leave the game early.

You know who didn’t leave early? Many diehards in Jurassic Park — the Raptors viewing party located outside of the arena. So as ticketed fans decided to leave the game with seven minutes left, they had to walk by Raptors fans in Jurassic Park.

They got booed for being fair-weather fans.

Jurassic Park fans booing the fans who are leaving the Raps game. Now chanting “go back in”. pic.twitter.com/4FABhUkflO

Not everyone with tickets were fair-weather fans, of course. Many fans decided to stay until the end, saluting the players with a “let’s go Raptors” chant with under three minutes left in the game.