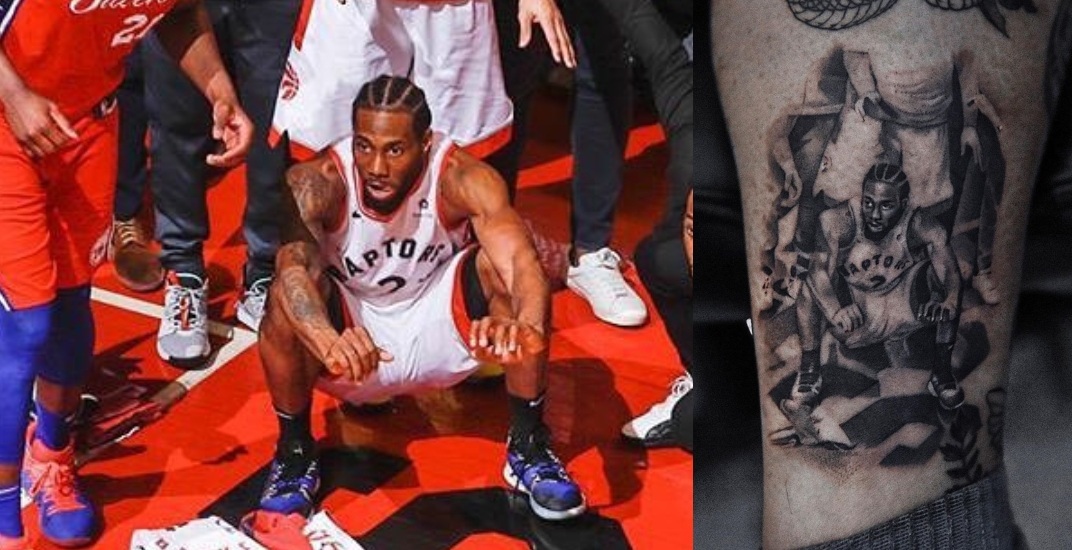 It’s already the most iconic photo in Toronto Raptors history, and three days later, one fan already has a tattoo of it.

If you’re a Raptors fan, chances are you’ve already seen Kawhi Leonard’s buzzer-beater to win Game 7 against the Philadelphia 76ers at least a hundred times – maybe even synced with the theme from Titanic.

Not only was it the first buzzer-beater to win a Game 7 in NBA history, the moment had extra anticipation, as the ball bounced on the rim four times before going in.

This picture taken by photographer Rick Madonik perfectly captures the look on everyone’s face, including Leonard and Joel Embiid, as they waited to see if the ball would bounce in.

It’s a moment that will last forever, literally, for one fan.

Tattoo artist Kristian Tabungar of Anbu Tattoo Studio in Toronto shared a photo of the new ink on Instagram.