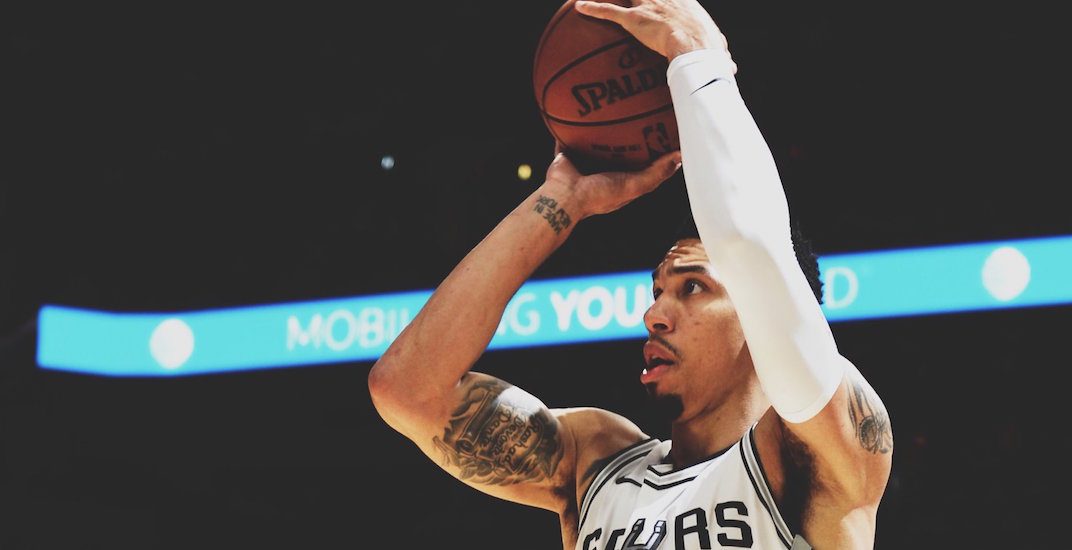 Due to the hoopla surrounding last week’s blockbuster trade between the Raptors and Spurs, Danny Green has become somewhat of a forgotten man.

Unlike Kawhi Leonard and DeMar DeRozan, who both seem less than thrilled with their new destination, Green is overwhelmingly positive about the move. Though he was happy in San Antonio, Green spoke glowingly about the Raptors as a team, and Toronto as a city.

“It’s a great team. They were No. 1 in the East,” Green said on his new podcast, Inside the Green Room. “We got me and Kawhi, we could do something special there. It’s a really nice city.”

Though he noted that the weather was colder and the taxes “might be a little tough,” Green said his friends and family back in New York are excited, given that Toronto’s just an hour flight away.

Welcome to the North pic.twitter.com/FWy6huVI9l

Green saw Leonard at the physical in Toronto, but said he hasn’t had a chance to talk to him much. While Kawhi is widely known as a quiet guy that likes to keep to himself, fans and media will find Green to be a good quote. Judging by what he had to say about his new team, Green is also sure to become a fan favourite.

“[Kawhi and I] can hopefully be a huge plus, and hopefully bring this team to the next level.”

Green, who started 60 of 70 games last season, scoring 8.6 points per game, says he isn’t concerned about if he starts next season.

“My biggest part in this play is to get Kawhi on board and get the rest of those young guys on board and let them know how to become a championship team,” Green added.

“We have a pretty good frontcourt and our backcourt as well. Defensively I think we could be monsters. When me, Kawhi, Serge, Valanciunas, OG – he’s a young guy coming up – I think that’s where it starts is the defensive end. And obviously, Kyle is an All-Star point guard, I think everybody forgets how good that guy is.”