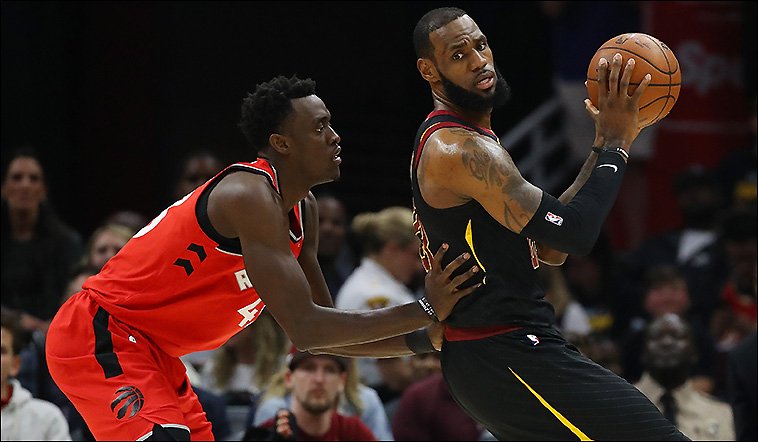 He did it again folks.

After putting up 43 points and essentially toying with the Raptors in Game 2, LeBron James scored a ridiculous buzzer-beater to give the Cleveland Cavaliers a 105-103 win and essentially squash any chance the Toronto Raptors had at advancing to the third round.-

No team in the history of the NBA has ever come back from a 0-3 series deficit. To say Toronto is in trouble would be a massive understatement.

The big change that head coach Dwayne Casey made was to start Fred Vanvleet in place of the struggling Serge Ibaka. It didn’t work out, as the Cavs ended the first half on a big run that seemed to put this game out of reach for the visitors.

Cavs end the half on a 16-2 run, punctuated by two Raptors leaving Jeff Green so open for a dunk that he could have eaten a sandwich. OK

However, Toronto came back with a 12-2 run to start the third quarter and were finally getting the defensive stops that simply weren’t happening in game two. That slowed down as the quarter wore on, as Kevin Love reverted back to the Kevin Love that basketball fans came to know during his time in Minnesota.

Toronto mustered as much as they could in the fourth quarter. They scored 38 in the frame, clawing back from a 14-point hole to tie it at 103 with eight seconds left. Rookie OG  Anunoby knocked down a huge transition three to make it even.

But, King James went down the court and did what has become customary to Raptors fans — end all hope with a flash of brilliance.

LeBron finished with 38 points on 53% shooting from the field. Kevin Love had 21 points and 16 rebounds in another good game for him.

For Toronto, Kyle Lowry had 27 points including a couple of threes that helped his team come back in the 4th. Anunoby had 18 points and did as good of a job as you can expect guarding LeBron James. Curiously, DeMar DeRozan only had eight points in 27 minutes of action and didn’t play much at all in the decisive fourth quarter.

The Raptors will try and extend their season on Monday in Game 4 of the series.