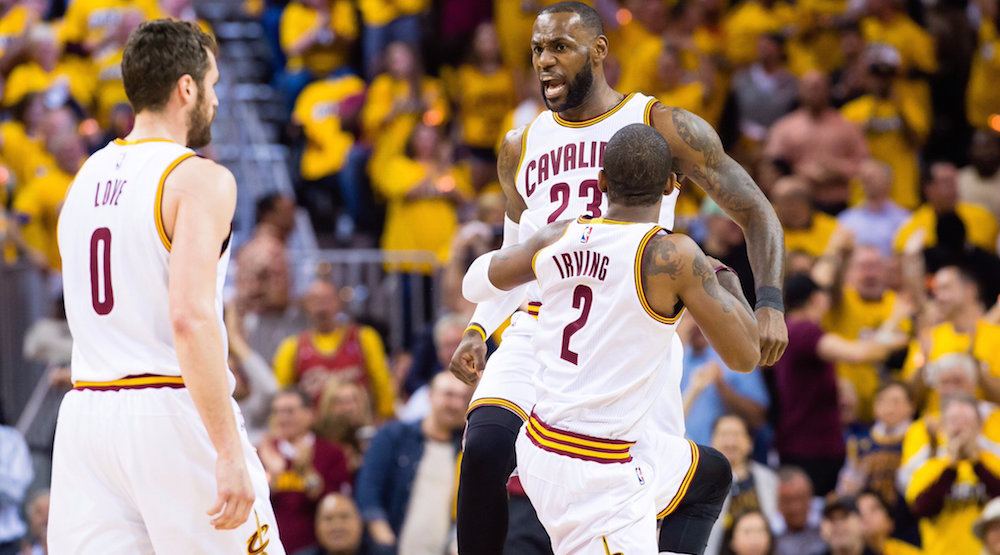 The defending NBA Champions proved they’re still an elite team on Monday, defeating the Raptors with ease 116-105 to take Game 1 of their second round best-of-seven series.

How easy was it?

Well, LeBron reached for a beer during the second half.

The final score says that the Cavs won by 11 points. In reality, that score flattered the visitors.

Cleveland served notice right away, grabbing a 30-18 lead after the first quarter. The Raptors closed the lead midway through the second quarter before the Cavaliers extended their lead to 14 at half time.

Cleveland outscored Toronto by eight in the third quarter to give the Cavs a commanding 22-point advantage. At that point, it was cruise control.

LeBron was his usual dominant self, scoring a game-high 35 points in 41 minutes. James also had 10 rebounds and four assists in the game.

Toronto had solid contributions from Kyle Lowry (20 points), DeMar DeRozan (19), and Serge Ibaka (15). The problem? That’s about all they got, apart from a good outing from PJ Tucker off the bench (13 points, 11 rebounds), and others in garbage time.

If the Raptors are going to win this series, they’ll need contributors throughout their lineup.

Raptors head coach Dwayne Casey will have a lot to ponder before Game 2 on Wednesday. Casey reverted to relying on Patrick Patterson in Game 1, despite evidence that he doesn’t deserve starting minutes.

Norman Powell – a player that helped turn the series against the Bucks around – was kept on the bench for much of the contest, until the game was out of hand.

How will Casey adjust to the defensive looks Cleveland gave Toronto? Lowry and DeRozan were double-teamed continuously, disrupting flow and forcing the ball into the hands of lesser players.

The good news for Toronto? They’ve been here before. The Raptors lost Game 1 against the Cavs by 31 points last year in the Eastern Conference Finals. They lost Game 2 by a wide margin as well (19 points), before coming back to level the series with wins in Game 3 and 4.

So the Raptors can rebound, we’ve seen it before.

Will we see it again?