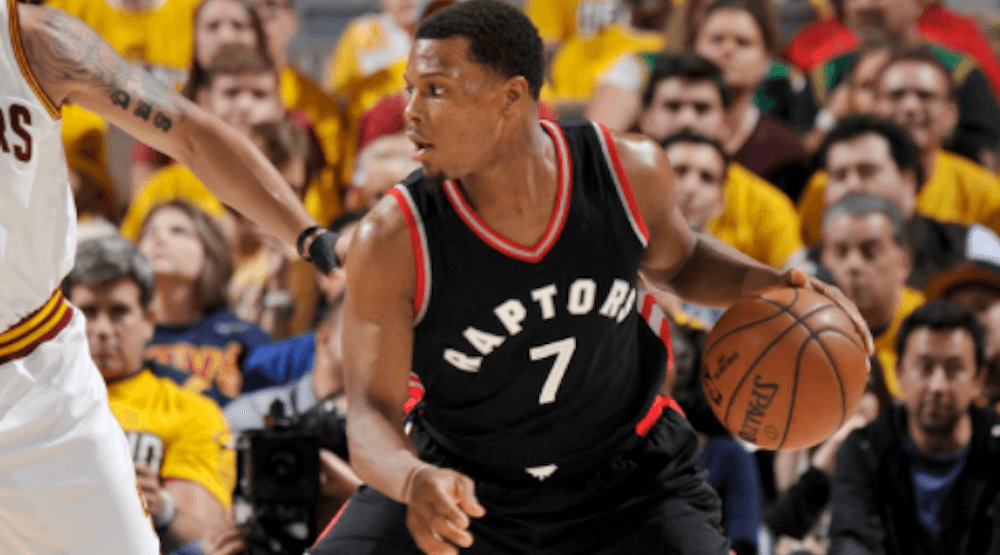 Well that was rough.

The Toronto Raptors were chasing from afar right from the get-go. When the final horn sounded, it was a convincing 125-103 win for the Cleveland Cavaliers.

On top of that, Kyle Lowry went down and eventually left the game with an ankle injury.

It was not a good night for the Raptors.

In Game 1, the Raptors were outscored 30-12 in the first quarter. Tonight was no different, the Cavaliers were sitting comfy with a 34-22 lead after 12 minutes.

The Raptors can’t afford to allow that many points in a quarter. They have to get back to that defensive game that made them so successful through much of the regular season and the playoffs last year.

Toronto’s offence has been alright, but it doesn’t matter when the Cavs can seemingly score at will. They had 62 points at half. After the third, 99 points. That just can’t happen.

While the Raptors starting five (minus Lowry) struggled, Jonas Valanciunas was making his presence felt off the bench.

The big fella had 19 of the team’s 48 points in the first half, doing most of his work from inside the paint.

Despite JV and Lowry combining for 34 at the half, the Raptors were still down 16 at halftime.

Things went from bad to worse to start the second half. On the very first possession of the third quarter, Lowry went down after a collision with Norman Powell.

He was out briefly, then came back but was noticeably limping. After a few minutes coach Dwane Casey took him out. It was later announced that Lowry suffered an ankle sprain.

Tonight was not the DeRozan that averaged 27.3 points in the regular season and 22.9 in the playoffs. Tonight he only had one point after the third quarter.

He was clearly not in his usual rhythm.

If there’s a silver lining, it’s that this happened in the first round too. DeRozan had eight points in Game 2 of that series, but was vocal about bouncing back and did with 33 points in a Raptors win in Game 3.

With Lowry’s health in question and the Raptors down 2-0, it’s essential that DeMar bounces back.

We’ll see what happens when the Raptors return home on Friday.