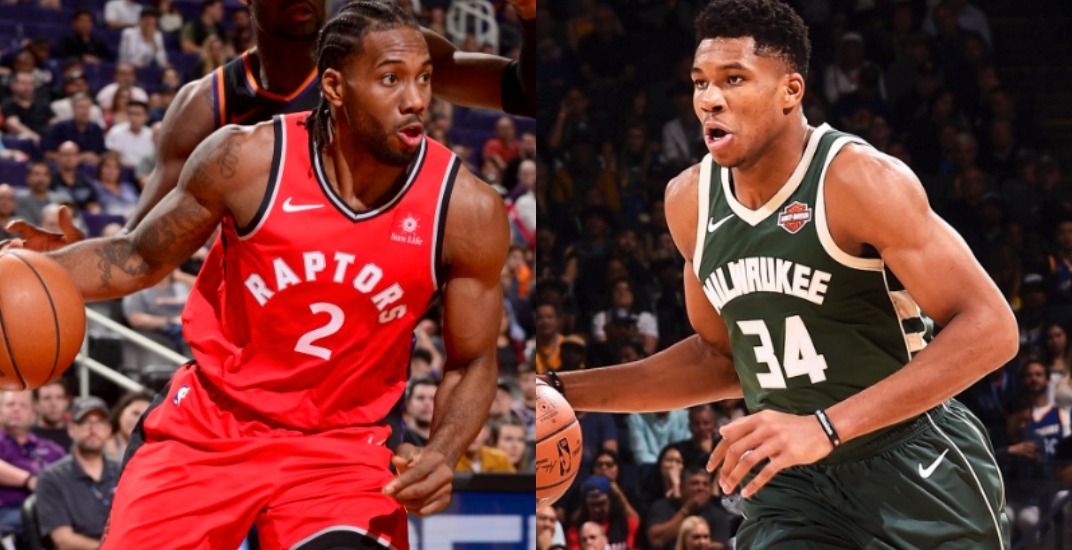 It wasn’t pretty, and it took some help from the Basketball Gods, but the Toronto Raptors have made it to the Eastern Conference Finals to face the Milwaukee Bucks.

Kawhi Leonard’s Game 7  heroics have carried the Raptors to the third round for just the second time in franchise history, ensuring that the two best teams in the East will compete for a shot at the NBA Finals.

Led by MVP candidate Giannis Antetokounmpo, the Bucks recorded a league-best 60-22 record this season. Their hot run continued into the playoffs with a first-round sweep of the Detroit Pistons and a second-round victory over the Boston Celtics in five games.

The Raptors finished just two games behind Milwaukee in the standings with a 58-24 record. Toronto’s playoff journey has included more adversity, needing seven games to get past Philadelphia after dusting off the Orlando Magic in five games in the opening round.

While NBA executives might cringe at having Milwaukee and Toronto competing instead of the more high-profile American markets of Boston and Philadelphia, there’s plenty of things to be excited about in this series.

Regardless of who wins, one franchise will end a long Finals drought. The Bucks haven’t been to the NBA Finals since 1974, while the Raptors have never been beyond the Conference Finals in their 24-year existence.

With Game 1 tipping off on Wednesday night, here are seven things to expect in the Raptors’ third-round matchup against the Bucks.

The Bucks won the season series with the Raptors 3-1, winning their games by an average of 11 points, but take those results with a grain of salt, because they were all played before the trade deadline.

Both teams have undergone a transformation since then.

Game 1 will be the first time both teams face each other with their current rosters and as a result it will be difficult to use the past to predict the future.

It’s a matchup straight out of a monster movie as the Klaw takes on the Greek Freak to determine who is the Beast of the East.

Both Giannis & Kawhi missed 1st game of regular season between Bucks and Raptors. Other 3 games:

Antetokounmpo has put together an incredible 2018-19 season that has him competing with James Harden for this year’s MVP award.

Meanwhile, Kawhi has been on a tear of his own in the playoffs, averaging 31.8 points, 8.5 rebounds, 3.6 assists, and 1.3 steals per game. He leads the postseason in points scored (382), defensive win shares (0.9), and is second behind Antetokounmpo in player efficiency rating (30.5).

This series will come down to which star player gets the upper hand over their opponent.

While there’s no denying the star power on both teams and their strong supporting casts, one thing that separates the Bucks and Raptors is overall playoff experience.

Aside from Pascal Siakam, the Raptors starting lineup has multiple playoff runs under their belts with the likes of Leonard, Gasol, Danny Green, and Kyle Lowry.

For the Bucks, this is the first time Antetokounmpo, Mirotic, Eric Bledsoe, Khris Middleton, and Brook Lopez have reached the Conference Finals in their respective careers.

This series will be a true test of determining how much playoff experience plays a role this deep in the playoffs.

4. Another battle of first year coaches

Both Raptors head coach Nick Nurse and Bucks head coach Mike Budenholzer have shown that they were the right hires for their respective organizations.

In the second round, both coaches showed their ability to make changes on the fly to help their teams win. With Nurse, it was his willingness to play Serge Ibaka and Gasol together against Philadelphia. Budenholzer, meanwhile, rallied his team after losing Game 1 to Boston and guided them to a “gentleman’s sweep.”

What makes their matchup even more unique, aside from entering their first seasons, is that the Raptors originally offered the coaching spot to Budenholzer before he signed with Milwaukee.

Nurse got the best of Orlando’s first-year head coach Steve Clifford in the first round and will look to do it again against Budenholzer.

5. Drake using his powers for good

After the Raptors first round victory against the Orlando, I boldly declared that the Drake Curse had been broken in Toronto.

However it turns out the curse is still real, and the 6 God controls how it’s used.

During Sunday’s Game 7 victory against Philadelphia, Drake revealed to Raptors fans on Instagram that he reversed the curse by watching the game in Sixers shorts.

Now that Drake has learned how to wield his powers, expect him to have something in store for the Bucks in the next round.

6. All eyes will be watching

To say the Raptors have the weight of a nation on their shoulders is an understatement.

Sunday’s Game 7 broke the ratings record for the most watched NBA game in Canadian history with a total of 5.8 million viewers tuning in across the country.

One for the history books…@Sportsnet's coverage of the @Raptors vs. #76ers Game 7 last night becomes most-watched #NBA game ever in Canada 🇨🇦 🏀

The game reached a record-breaking 5.8M Canadians and captured an average audience of 2.2M viewers

With the way things have been going for the Raptors in the playoffs, expect the audience numbers to stay high as the team fights for its first trip to the NBA Finals.