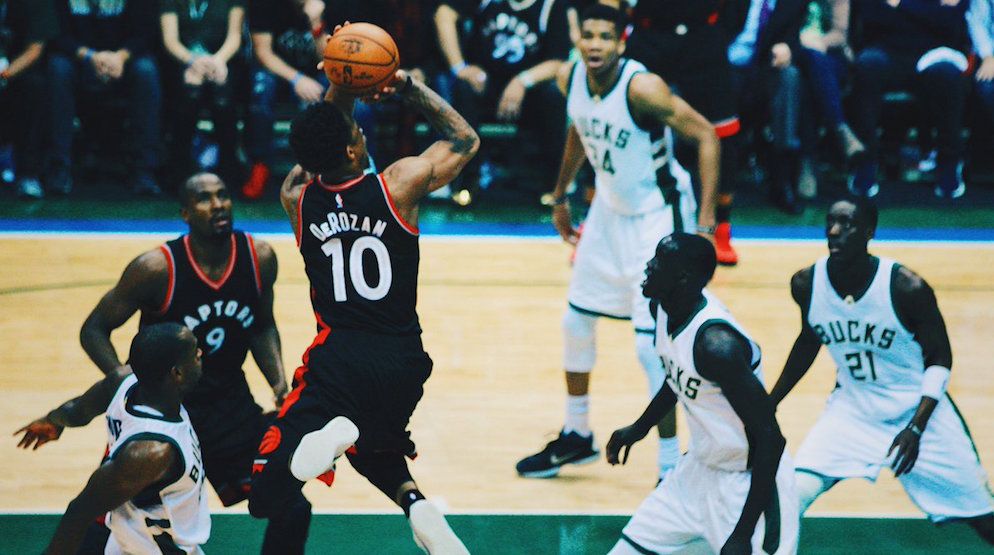 “There’s a side of me that’s gonna come out after I feel like I let my team down.”

These were the words of DeMar DeRozan less than 24 hours after that disastrous Game 3, when he didn’t make a single field goal (0-for-8) and the Toronto Raptors got thoroughly embarrassed.

“It’s going to be a different team tomorrow.”

DeRozan made sure his words rang true today, leading his team to a 87-76 win over the Milwaukee Bucks on Saturday to tie the series.

Yes, the Raptors looked better (particularly on defence). They played with more intensity, more unity, and came out looking like they had something to prove.

But they also had some costly turnovers early in the game and were a brutal 1-for-12 on 3-point shooting after the first half.

This game could’ve got ugly again, but DeRozan wouldn’t let that happen.

DeMar put up 33 of the Raptors’ 87 points to go along with nine rebounds, five assists, and four steals.

Even after his monstrous 2nd quarter where he had 15 points, the game was still tied at 41. Then the rest of the Raptors got behind DeRozan.

Kyle Lowry turned it up in the third quarter and beyond, finishing with 18 points despite having only four at halftime.

Norman Powell, who didn’t even play in Game 2, got the start today and had an impressive 12-point showing, including going 3-for-3 from downtown.

But it was DeRozan who was the offensive catalyst throughout the game.