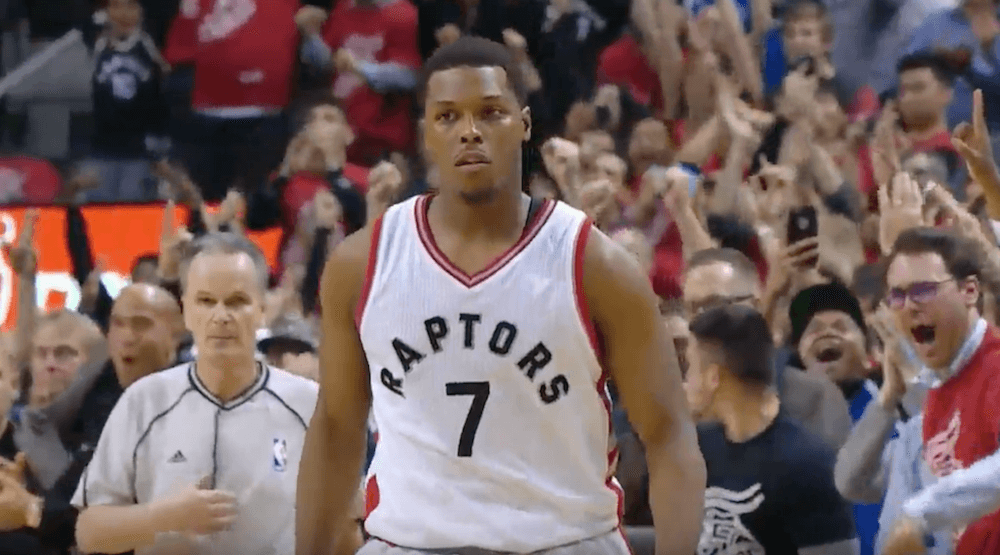 The Raptors needed a bounce-back effort in Game 2 in order to level the series and that’s what they got, defeating the Milwaukee Bucks 106-100 in Toronto on Tuesday.

After just four points in Game 1, point guard Kyle Lowry was outstanding early in this one, scoring 17 of his 22 points in the first half.

The game was close throughout, and it was Lowry who hit the biggest shot of the game in the final seconds.

With 8.9 seconds left and the Raptors leading by two points, Lowry his a difficult step-back jump shot to regain a four-point lead to seal the deal.

Block out the noise, do what you do. #WeTheNorth pic.twitter.com/2XrVOjtkI9

Raptors head coach Dwane Casey knew that Lowry would be better in Game 2.

“He’s always bounced back. That’s just who he is,” Casey said in his post-game media conference. “He’s a competitor, he’s a fighter. I just knew he wasn’t going to be satisfied the way he played in the first game.”

DeMar DeRozan led all Raptors in scoring once again, putting up 23 points on the evening.

Toronto’s big men were good too. Serge Ibaka, on a bad ankle, added 16 points, while Jonas Valanciunas had a double-double with 10 points and 10 rebounds.

Giannis Antetokounmpo led the way for the Bucks, putting up 24 points, 15 rebounds, and 7 assists.

The series now moves to Milwaukee where these two teams will meet for Game 3 on Thursday.