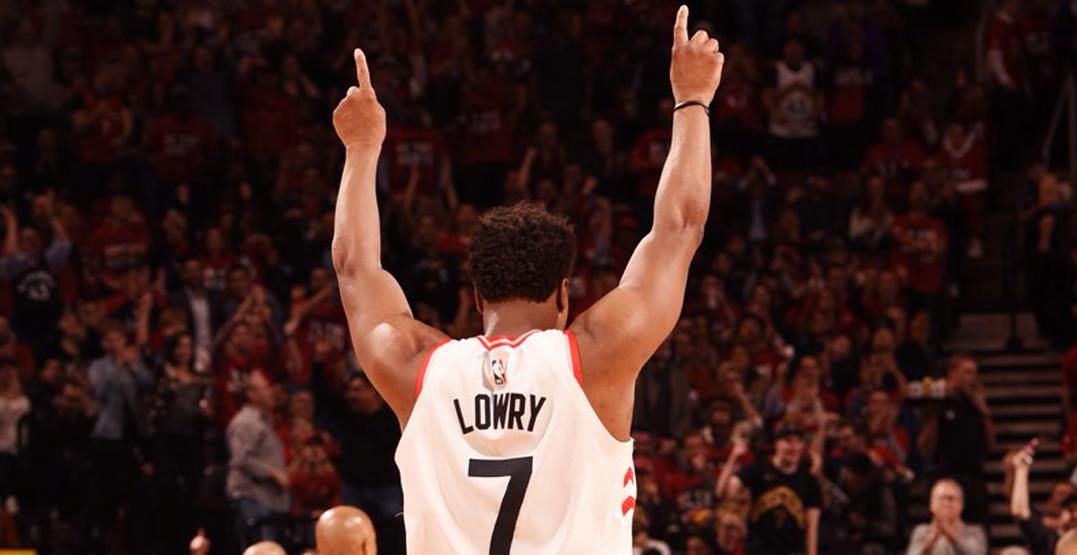 After a disappointing Game 1, Lowry and the Toronto Raptors answered with a statement win – defeating the Orlando Magic 111-82 in the second game of their best-of-seven series.

There had been a lot of eyebrows raised following Lowry’s Game 1 performance where he put up zero points, but he put all of that to rest in Game 2.

Lowry came out flying and finished the game with 22 points, 7 assists and 2 three-pointers on 61.5% shooting.

The fans at Scotiabank Arena were clearly in his corner as well because when he scored his first points of the ball game he was showered with cheers.

We got your back, @Klow7 pic.twitter.com/mLWp286Rct

Lowry made a big impact, but it was superstar Kawhi Leonard who led all scorers. He could not be stopped, finishing the game with 37 points, including multiple highlight reel slams.

Leonard also made his presence known on the defensive end, forcing turnovers and turning them into baskets.

The Raptors offence was firing on all cylinders, but there was a significant improvement on the defensive end as well. They held the Magic to a measly 82 points, while limiting three of the Magic starters to single digits.

Serge Ibaka also got the crowd to their feet after turning in a massive block.

Miss me with that… pic.twitter.com/3IUdcI6kcm

The blowout win set a franchise record for Toronto as their largest playoff win in team history with a difference of 29 points.

Toronto has the next two days off before the series shifts to Orlando for Game 3 on Friday, but until then, Toronto fans can enjoy the moment.