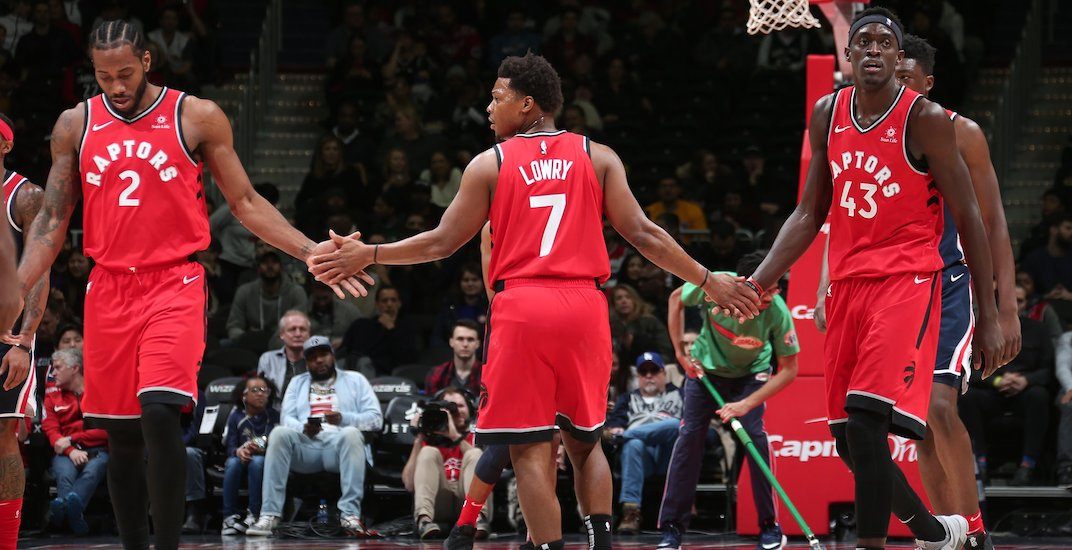 The Toronto Raptors are used to getting disrespected.

A perennial powerhouse, most of the experts scoffed at the idea that they would make it out of the second round last season, never mind make it to the NBA Finals, despite having the best record in the Eastern Conference.

Instead of proving the doubters wrong, they collapsed in the playoffs, losing four straight to LeBron James and the Cleveland Cavaliers.

The team must have been sick of hearing the phrase “same old Raptors,” but that was the reality.

Masai Ujiri remodelled his club in the offseason, and it has paid off. Kawhi Leonard has been as good or better than advertised, leading the team in points per game (27.5) and rebounds (8.0), while Danny Green has fit in well to the starting lineup.

Couple that with a breakout season from Pascal Siakam, and the Raptors are much improved. With a 33-12 record, they have the NBA’s best record. And now, they have the respect of pundits south of the border too.

Every major US outlet has the Raptors #1 in power rankings today.

Every major NBA power ranking published on Monday has the Raptors in top spot, showing that pundits have got “same old Raptors” out of their minds this year.

The biggest publications, including ESPN, NBA.com, Yahoo, Sports Illustrated, CBS, the Athletic, and the New York Times all have the Raptors No. 1. Those outlets all had the same three teams chasing Toronto — Golden State Warriors, Milwaukee Bucks, Denver Nuggets — though not in a consensus order.

The Raptors are back on top in our NBA power rankings 💪 pic.twitter.com/lTKOoRAmuQ

After losing to DeMar DeRozan and the San Antonio Spurs on January 3, the Raptors have been on a roll, winning five in a row, which included victories against good teams like Milwaukee and Indiana. Their latest win was a gutsy one, as Serge Ibaka’s clutch three pointer gave the Raptors the lead late in a 140-138 double overtime win in Washington.

Serge Ibaka’s late triple wins it in DOUBLE OVERTIME for the @Raptors!

Along with the Bucks, Nuggets, and Pacers, the Raptors are the hottest team in the NBA, with an 8-2 record in their last 10 games. Leonard has been particularly excellent of late, being named Eastern Conference Player of the Week on Monday.