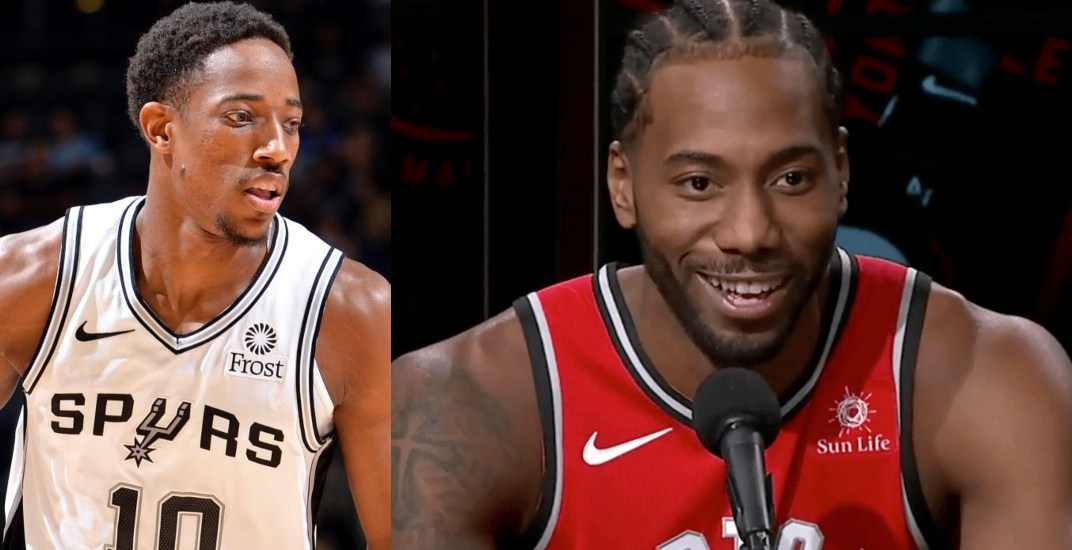 Something happened when the Toronto Raptors traded DeMar DeRozan to the San Antonio Spurs in exchange for Kawhi Leonard and Danny Green.

Firstly, the basketball world was, sensibly, shocked at the magnitude of the blockbuster. More locally, the Raptors fanbase got mad, and fast. Immediately upon seeing that the franchise had drastically altered the makeup of the starting five, supporters who once lined up outside Scotiabank Arena threatened to stop doing so.

DeRozan, 29, is the definition of a franchise legend, having left the organization the all-time leader in games played, minutes played, points, free throws made and field goals. It’s difficult for fans to accept the departure of a star player who was not only dominant in his play, but also an athlete who wanted to play out the rest of his career in Toronto, something that’s become more and more rare as the years go by.

While most fans tend to jokingly and cynically make sarcastic remarks at the expense of their favourite teams, Raptors fans genuinely started to become angry at the front office. There was a conspiracy set up around Masai Ujiri and his team; the fanbase was convinced that they were ignoring the needs and preferences of the fans to utilize a strictly utilitarian approach to basketball. It didn’t matter whose feelings got hurt or how upset the fans were, it was all about winning. In theory, that approach is not only logical, but vital.

Still, it didn’t make it any easier for the fans to swallow. Toronto sports fans are, by all accounts, an emotionally driven and passionate group of supporters who have one too many times been crossed by the reported evil of their own front offices, so it’s rather understandable they’d be hesitant to accept the move.

“DeMar DeRozan was Toronto’s face of the franchise” observes Jason Lee, a first-year student at the University of Western Ontario and a devoted Raptors fan, “They drafted and developed him. He was a star that loved playing in Toronto and openly expressed his desire of retiring as a Raptor. In any sport, that’s a rare type of player. Obviously, to see such a player get traded is hard on the fanbase”.

Objectively, it was probably the right basketball move to make.

The organization needed a fresh face in the locker room to re-energize a tired group. Strategically speaking, Leonard (and Green, for that matter) perfectly complemented the existing assets that made up the roster. That’s why it came as no surprise that the Raptors are arguably the most complete team in the NBA. But, now that they’re successful, are the fans still unhappy with the front office?

Has this newfound dominance extinguished their ill-feelings towards Ujiji?

“Winning cures everything “, notes Lee. “What more could you ask for?”

Really, it all seems to come down to a winning culture. If the front office of any sport is able to fill the roster with capable players that are serious about winning, the fans will become apathetic to the general notions of loyalty and team history.

Yes, DeMar DeRozan was an undoubtedly impactful player during his time with the Toronto Raptors, but now, the team has a chance to make a run for a championship, or, at the very least, an NBA Finals appearance.

Sure, the fans might’ve been temporarily blinded by an illusion of betrayal, and yes, they might’ve had to buy new jerseys and create new chants, but there is one ultimate remedy for all of those feelings and inconveniences — a title. For the Raptors this year, a title seems like it could be a legitimately attainable goal for them to set.

With recent reports that Kawhi Leonard is “warming up” to Toronto as a place to sign long-term, this entire debate could become entirely moot, and soon. Regardless, one thing that most (if not all) Raptors fans can agree on is that this is an exciting time to be a Toronto Raptors fan. For now, the hope is that the team’s faithful supporters cherish that, even if it only lasts for one amazing season.