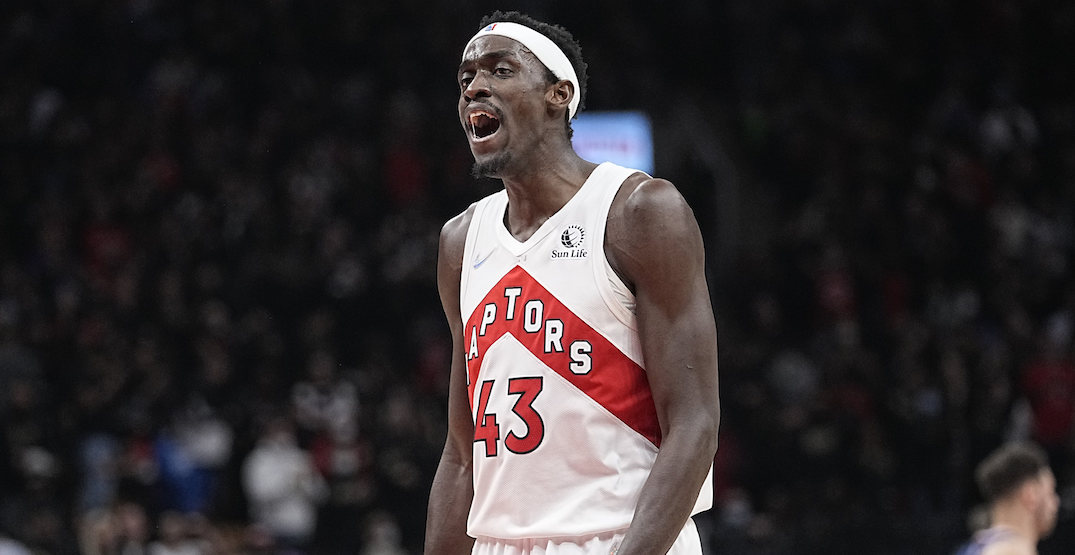 The Toronto Raptors will live to fight another day.

Bouncing back from a gut-wrenching overtime loss in Game 3, the Raptors finally got on the board in the first-round series against the Philadelphia 76ers, taking Game 4 by a score of 110-102 at Scotiabank Arena on Saturday afternoon. They now trail 3-1 in the best-of-seven series.

Scottie Barnes returned to Toronto’s lineup after missing two games with a sprained ankle. He clearly wasn’t 100% and finished with just six points on the day, going 1-for-6 from the field and 4-for-5 from the free throw line, but did collect a team-high 11 rebounds.

Pascal Siakam bounced back in a big way for the Raptors, finishing with a game-high 34 points to go along with eight boards and five assists.

The bank is open for Siakam 💰 pic.twitter.com/BeqCrLeviM

Meanwhile, a frustrating series for Fred VanVleet continued. He didn’t play in the second half due to a hip injury. He finished the day with just five points on 2-for-6 shooting in 14:33 of action.

VanVleet ripped his jersey as he departed for the dressing room late in the second quarter.

Fred VanVleet will be re-evaluated ahead of the second half following pain to his left hip. #WeTheNorth | #NBAPlayoffs pic.twitter.com/EHKfF9b57E

There was no word after the game on the extent of VanVleet’s injury or his status for Game 5.

Tests and imaging to determine next steps on VanVleet's injury.

Amid reports of him trying to play through what is potentially a torn ligament in his thumb, Sixers big man Joel Embiid had a relatively pedestrian day by his standards, finishing with 21 points on 7-for-16 shooting to go along with eight boards.

"We were sending a lot of people at him. That's probably it really, We were trying to let him not going as much as we could, and that takes more than one person to do it with."

Game 5 will be go from Wells Fargo Center in Philadelphia at 8 pm ET/5 pm PT on Monday.