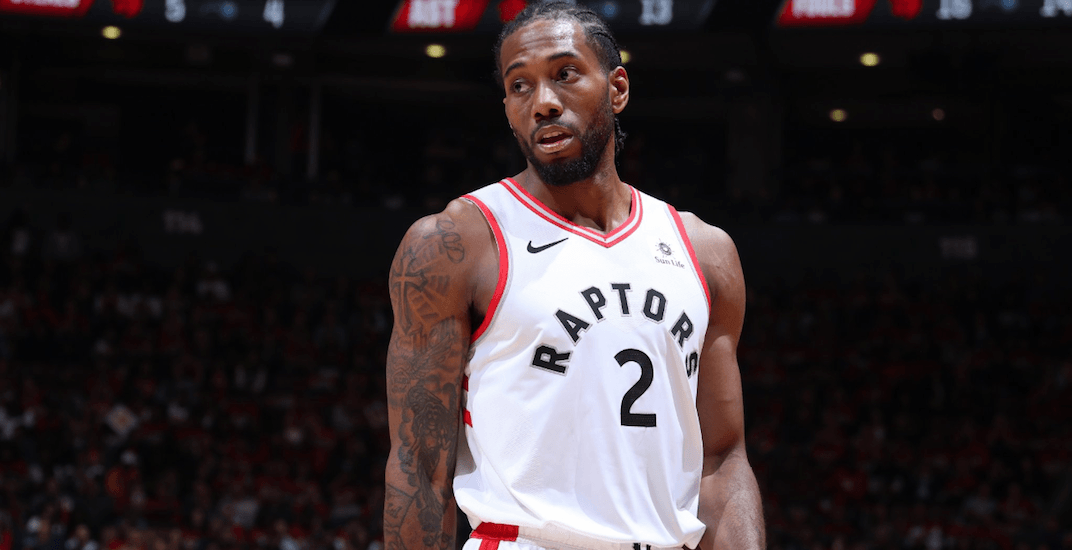 The first round of the NBA playoffs concluded on Tuesday night for the Eastern Conference and as expected the Toronto Raptors and Philadelphia 76ers will square off in Round 2.

It didn’t take long for both teams to advance, the Raptors and Sixers defeated the Orlando Magic and Brooklyn Nets respectively in five games each. After each losing their Game 1’s, both teams completed the “gentleman’s sweep” against their opponents with four straight wins.

This second round series is a rematch 17 years in the making. The last time both teams faced each other was in the 2001 Eastern Conference semi-finals when Philadelphia got the best of Toronto in seven games.

Just like in 2001 this series has the makings to be one of the best matchups in the second round. Instead of Vince Carter versus Allen Iverson, it’s Kawhi Leonard, Kyle Lowry, and Pascal Siakam versus Joel Embiid, Ben Simmons, and Jimmy Butler.

With Game 1 tipping off on Saturday, here are seven things to expect in the Raptors’  second round matchup against the Sixers.

The boy is home pic.twitter.com/gMLW2Bt8ny

This may be a giant leap of faith here (superstitious people look away), but as Game 5 against the Magic showed, the Drake Curse has been broken!

It has been well documented that if Drake is photographed supporting your favourite athlete or team, chances are things aren’t going to go well. With Drake being a staple at home games, it has affected the Raptors as well during the playoffs.

But with the team’s global ambassador sitting courtside in his usual seat on Tuesday, the Raptors did something that they have never done before, they finished a playoff series in five games by beating Orlando 115-96.

Drake to the media on his way out of the building. “You want me to talk about the curse or you guys good?”

That doesn’t mean the Raptors are curse-free yet. As they showed at the beginning of their series with the Magic, the Game 1 curse has yet to be defeated. Against a team like the Sixers, a strong start is going to be critical with home court advantage staying in Toronto.

2. History favours Kawhi and the Raptors

Despite all the star power on both teams, matchups between the Raptors and Sixers have been lopsided over the past couple of years.

The Raptors have won 21 of their last 24 games vs Philadelphia, including 13 straight at home (obvious caveats apply). The Sixers last win in Toronto: Nov. 10, 2012. Raps starters were DeRozan, Valanciunas, Bargnani, Calderon, Alan Anderson.

Toronto won the season series 3-1 with their only loss coming in December when Leonard was out of the Raptors lineup.

Leonard has also had his share of good fortune against them. Since he entered the NBA in 2011, Kawhi has never lost to Philadelphia and is riding a 13-game winning streak.

Look-ahead stat – Kawhi Leonard has never lost a game to the Philadelphia 76ers. He’s 13-0 against Philly in his career (3-0 this season): https://t.co/AgmjO7Ar8R

Based on their play this season, Leonard and the Raptors are going to be more than ready to handle whatever the Sixers throw their way in the second round.

3. Gasol vs Embiid will be the key matchup

When the Raptors acquired Marc Gasol at the trade deadline, it was for his ability to go one-on-one with the best big men in the Eastern Conference.

Vucevic average 21 points on 52% shooting in the regular season

Against Orlando, Gasol made All-Star Nikola Vucevic an afterthought in the Magic’s offence with his strong defensive play. Entering Round 2 he will be tasked with slowing down Joel Embiid, who has averaged 24.8 points and 13.5 rebounds per game so far in the playoffs.

While it’s unlikely Gasol will be as effective against Embiid as he was against Vucevic, the Spaniard has shown that he can can throw the Sixers’ All-Star centre off his game.

4. Player rotation is going to be crucial for both coaches

What makes this matchup so interesting is how both rosters are built.

Each team has a variety of players that have the height, wingspan, and skill to defend multiple opponents and switch defensively. For the Raptors, Leonard, Siakam, and Danny Green are able to switch against Simmons, Butler, and Tobias Harris if need be, and the Sixers have the ability to do the same.

Head coaches Nick Nurse and Brett Brown have a lot of talent at their disposal for this series, which will create an interesting tactical matchup. If one coach makes a mistake, rest assured their opponent will take advantage of it.

5. Keep track of the fouls being called

In my first round series preview I wrote about the Raptors grievances with the NBA’s officials and the amount of fouls being called and not called against them.

The same thing applies in the second round against the Sixers.

As we get into the later rounds, foul trouble can make or break a team’s performance. It’ll be interesting to watch how the fouls are given out to each team during this series.

6. Lowry needs to be careful with drawing charges

Lowry has always been the master of drawing charges against his opponents, but during this playoff run he has taken his defensive timing to a whole new level.

KLow has drawn more offensive fouls in this year’s playoffs than 8 of the 16 participating teams. pic.twitter.com/PYZfUfDMGL

He leads all players in the playoffs with an average of 1.4 charges drawn per game. To put that into perspective, the only other players to average over one charge drawn per game are Damian Lillard and Paul George.

Against a team like the Sixers that has four of their five starting players standing over 6-foot-6, the 6-foot-1 Lowry has to protect himself at all costs when he decides to step in on defence to take a charge, especially given his health concerns this year.

The Raptors have never been a team that talks trash about their opponents in front of the media. But in case anyone needed a reminder… do not call out Ben Simmons.

Brooklyn Nets forward Jared Dudley learned the hard way after he called Simmons “average” when they were in half court situations.

#Sixers PG @BenSimmons25 responds to Jared Dudley’s comment about the #NBAAllStar being “average” in half court. pic.twitter.com/0BQTtHOnUL

Thanks goodness Kawhi isn’t known for doing a lot of talking.