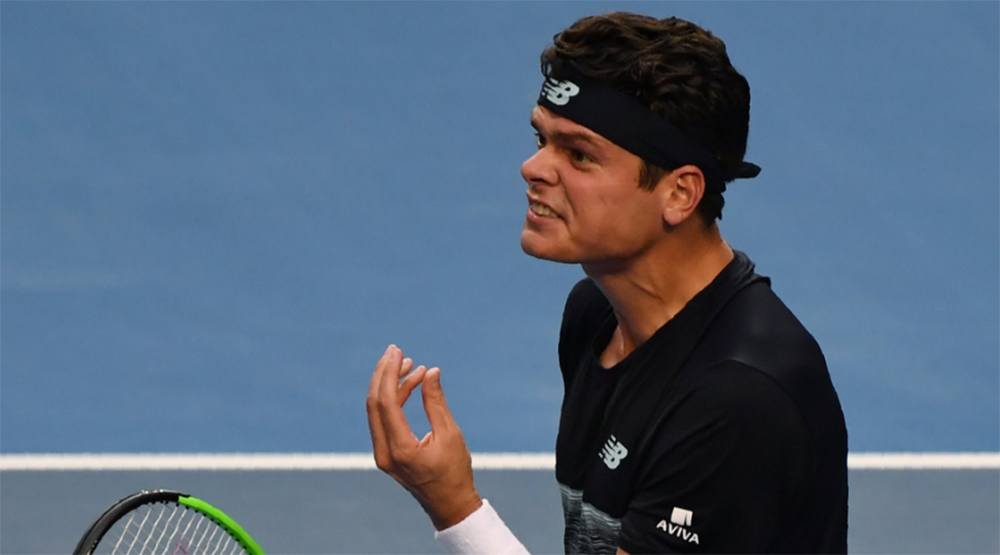 Milos Raonic ran into a brick wall in his quest to reach his second-straight Australian Open semi-final.

To be fair, a brick wall might’ve been easier to break down than 14-time Grand Slam winner Rafael Nadal early Wednesday morning. Despite an unflattering scoreline of 6-4, 7-6 (9-7), 6-4, portions of the match were played at an exceptionally high level by both.

After the Spaniard played a clinical first set, hitting 12 winners and only two unforced errors, his level dropped slightly in the second.

Serving at 4-5, Nadal played a sloppy game, giving Raonic two chances to win the set at 15-40. He saved both only to give Raonic another chance to win the set on an Ad point. He saved that one too.

Then in the tiebreaker, Raonic hit a perfect lob to grab a mini-break for a 6-4 lead. Serving for the set at 6-5, the Canadian tossed in his only double fault of the match – two more set points saved by Nadal.

A couple points later, Nadal stared at another set point down 6-7 in the tiebreaker. Again he saved them, eventually winning the tiebreaker 9-7.

Those six set points were as close as Raonic would get.

Nadal spoke about his winning strategy on court after the match.

“He beat me two weeks ago in Brisbane in a tough match so I decided to go a little bit more into the court on the return tonight,” said Nadal.

“He has one of the top serves in the tour and he’s able to play so aggressive on the return. I needed to be very focused, very concentrated with my serve.”

When he analyzes the loss, Raonic will likely regret his lack of efficiency when coming to the net, which is usually one of the strengths of his game.

For Raonic, who is more dedicated than ever to winning his first Grand Slam title, this loss will be tough to stomach, and he’ll feel he could’ve played better. He’d do himself credit, though, to realize he gave one of the sport’s all-time greats a serious scare.