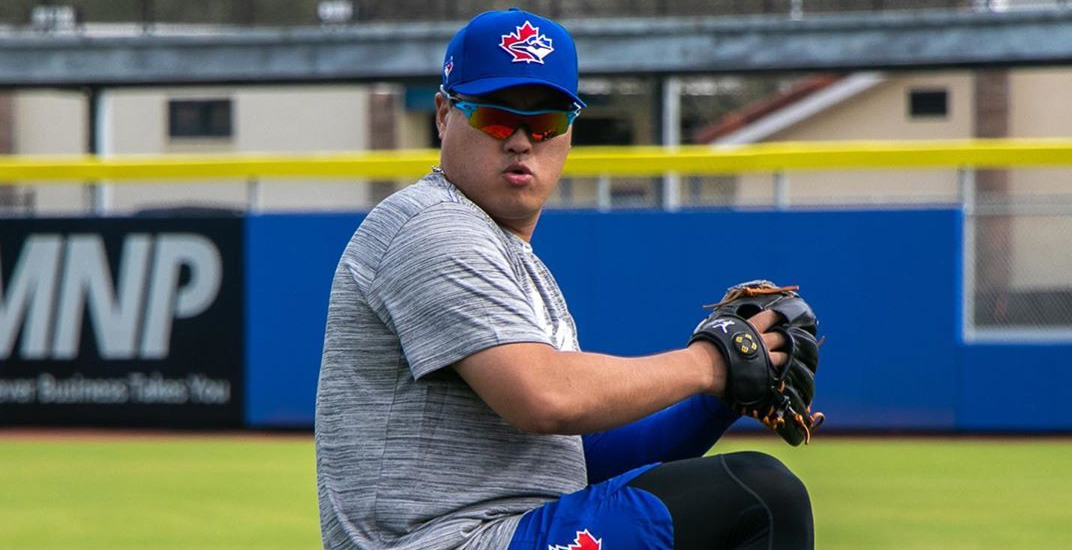 If the Toronto Blue Jays had one mandate this winter, it was to overhaul their entire starting rotation. The front office delivered upon that promise, acquiring four pitchers capable of becoming starting pitchers in 2020.

Here’s a look at the top options the Blue Jays have from their starting pitching depth.

The Toronto Blue Jays found their brand new ace in the form of Hyun-Jin Ryu. The Jays signed the National League’s ERA leader in 2019 to a four-year deal worth $80 million total.

While Ryu was one of the most impressive pitchers in the National League over the last two years, there are questions about his durability. He’s cleared 180 innings pitched in a season only twice in the last six seasons.

However, Ryu represents a huge upgrade to a Blue Jays starting rotation starved for high-end starters. He may not win a second consecutive ERA title in the American League, but Ryu gives the Blue Jays a decent chance to win every five days.

Chase Anderson was the very first starting pitcher the Blue Jays acquired this past offseason, and given their flurry of moves, it’s easy to forget that Anderson is still part of the starting pitching picture.

Anderson is arguably the most intriguing arm the Blue Jays acquired this winter, as he’s spent the last six seasons as a middle-of-the-rotation starter with the Milwaukee Brewers. However, armed with an elite cutter, the 32-year-old could do some damage against the American League East.

RHP Matt Shoemaker back at it after missing the majority of last season with a torn ACL.#BlueJays pic.twitter.com/VO2t4mV7JG

Matt Shoemaker is often a forgotten man among the Blue Jays’ starting pitcher options due to his injury-shortened 2019 season, but he’s among the group of starters for 2020.

A freak ACL injury derailed his 2019 season, but prior to his injury, Shoemaker posted a 1.57 ERA with 24 strikeouts in 28.2 innings of work with the Blue Jays. By all accounts, he’s fully rehabbed and ready to pick up where he left off last season.

Pure and simple, the Blue Jays need innings out of their starting rotation. Quality innings would be nice, but for a team that used 21 starting pitchers last season, beggars can’t be choosers.

Tanner Roark is one of the more reliable and durable options the Blue Jays have among their starting pitchers this season. He’s under control for two years and $24 million, making him a mainstay in Toronto for the next two seasons.

Over the last six seasons, Roark averaged 28 starts and 174 innings pitched per season. Roark also posted a middle-of-the-road ERA of 3.82 since 2014, and these numbers would have led Blue Jays starting pitchers last season.

The ultimate wild card among this collection of starting pitchers might be Shun Yamaguchi. While the Blue Jays haven’t declared him a starter or reliever yet, it sounds like the team will give him every opportunity to start in spring training.

The Japanese native made 90 starts during his 14-year career in the Japan Central League, he also finished 198 games and collected 90 career saves.

The Blue Jays will attempt to stretch out Yamaguchi as a starter, but if all else fails, they could always relegate him to the bullpen for long relief duty.

Of the 21 pitchers who took the ball as a starter in 2019, Trent Thornton was the sole survivor of nearly two dozen starting pitchers from Opening Day to the final out of the season.

The rookie right-hander made the starting rotation out of spring training and posted decent numbers with the Blue Jays: a 4.84 ERA across 32 games and 154.1 innings pitched in 2019.

Although he was the sole survivor of the 2019 starting rotation, Thornton has his work cut out for him to break the 2020 starting rotation. He’ll compete against Yamaguchi, Shoemaker and Ryan Borucki for that fifth and final spot.

2019 was a lost year for Borucki as an injury early in spring training left him on the sidelines, and he was shut down in August after an elbow injury. Now, he’s working to get back to his 2018 self.

Last year, Borucki had a clear path into the Blue Jays starting rotation, but this go-around, there are far more starters in front of him on the depth chart. So long as he’s fully healthy this year, he must leapfrog at least three starters to crack the starting rotation.

Borucki will surely make starts for the Blue Jays in 2020, but due to his recovery and the bevvy of pitchers at the top of the rotation, don’t bet on those starts happening at the very beginning of the 2020 season.

Where Vladimir Guerrero Jr. was the Blue Jays most anticipated prospect last year, this time around, that title belongs to Nate Pearson. The Blue Jays’ fireballer right-hander is one of the best pitching prospects in all of baseball and figures to make his MLB debut in 2020.

However, because of service time issues, the Blue Jays will probably keep Pearson back for a few months before bringing him up by June at the earliest.

It’s easy to forget that Jacob Waguespack was acquired at the 2018 trade deadline for a penance, in exchange for left-handed reliever Aaron Loup. Waguespack was one of the six rookie starters called upon by the Blue Jays in 2019.

Barring some substantial injuries to the Blue Jays’ rotation in spring training, Waguespack likely begins the season at triple-A Buffalo as a starter, or cracks the 25-man roster as a member of the bullpen in a long relief role.

Anthony Kay was one of the two pitchers acquired at the 2019 trade deadline for Marcus Stroman. Kay only made a handful of starts for the Blue Jays down the stretch, but his debut start turned some heads thanks in part to eight strikeouts.

24-year-old T.J. Zeuch was one of the surprise September call-ups for the Blue Jays last fall. He started in three games down the stretch, appeared in five and posted a 4.76 ERA in 22.2 innings pitched.

Zeuch finds himself on the periphery of the Blue Jays starting pitching options, but it’s remarkable how far he’s come in the span of just one season. He was sidelined with a lat injury until early June, but spring boarded to the Blue Jays by September.

After a brief taste of the big leagues, Zeuch and Kay find themselves neck-and-neck on the Blue Jays starting pitcher depth chart this year.

The ship hasn’t sailed on Thomas Pannone as a starting pitcher with the Blue Jays organization, but his days as a starter are likely ending soon. Without a left-handed reliever in the bullpen, the Blue Jays might be better off converting Pannone back into a full-time reliever and have him become the new lefty out of the bullpen.

Sean Reid-Foley likely faces a similar fate as Pannone, as the picture on their careers should become much clearer in 2020. He’s also a starter-to-reliever candidate, and while Reid-Foley had a handful of starts with the Blue Jays in 2018 and 2019, he failed to impress over a sustained period in the big leagues.