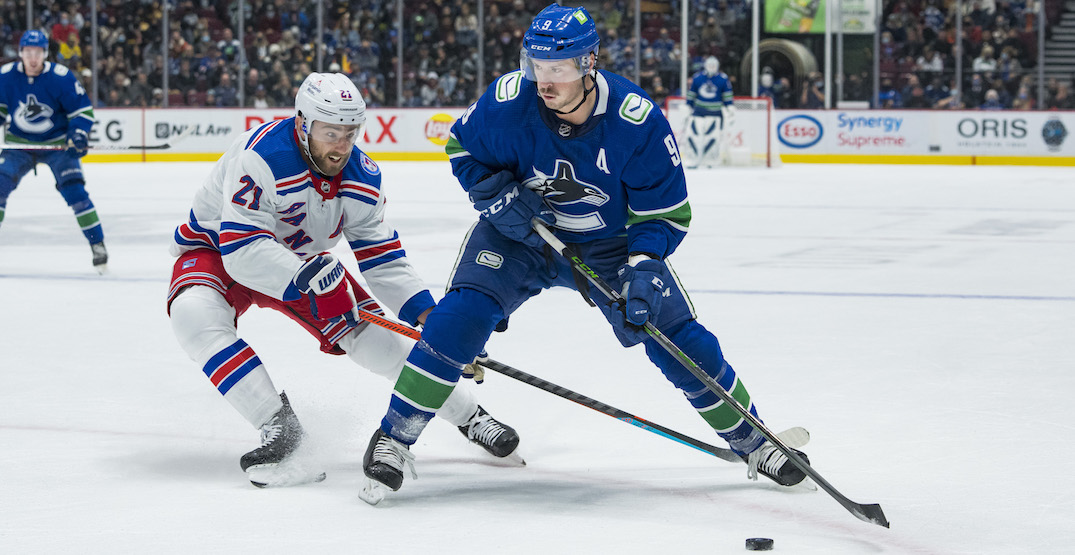 The Welcome Matt can be heard weekdays on Sekeres and Price. Stream the live show online Monday to Friday, or download the latest podcast at SekeresAndPrice.com.

Earlier this season when the Vancouver Canucks were really sucking and something just had to give with the team, I had a pro scout tell me that the New York Rangers and Winnipeg Jets were two teams to watch on J.T. Miller.

Today on Sekeres and Price… Baum's away!

And they could use another versatile forward who can play in all situations at both centre and wing.

Miller fits that bill, and of course, he started as a Ranger way back when Alain Vigneault was his coach, and Blueshirts GM Chris Drury was around then.

Now, much has changed in Winnipeg between then and now. The Jets were in the midst of wondering whether Kevin Cheveldayoff would remain as general manager given his association with the Chicago Blackhawks sexual abuse coverup.

The team was better positioned in the Western Conference standings, and of course their Canadian rivals here in Vancouver were miles behind, whereas now, if you count the Canucks as a playoff contender, then that makes Winnipeg a direct competitor in the short-term.

But it’s no surprise hearing Miller’s name in these rumours, so I’m not surprised Frank Seravalli is linking him to the Rangers. And of course, Jim Rutherford is not only a GM that makes big courage-of-his-conviction trades, he also moves early and isn’t afraid to set the market.

Trading Miller might be exactly what the Canucks need long term in order to rebuild their NHL roster and prospect pipeline.

I’m sure that’s not lost on old Jim.