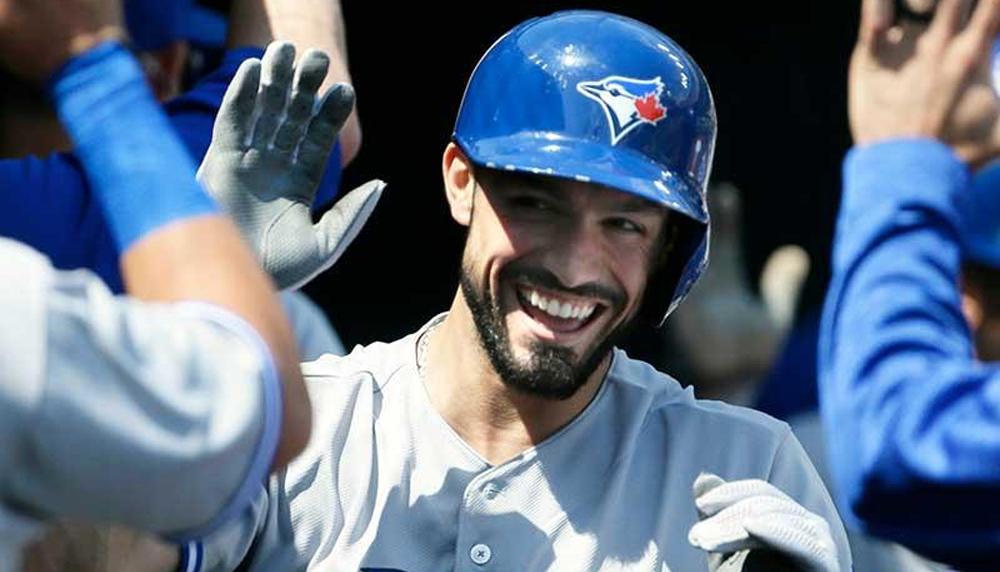 The moment Randal Grichuk was traded to the Toronto Blue Jays this past January, he had big shoes to fill. The former St. Louis Cardinal had a tough act to follow, taking over for a franchise icon in Jose Bautista, someone who spent the last eight seasons stationed in right field.

Grichuk wasn’t expected to be the next Joey Bats, but if the Blue Jays were going to have any success in 2018, they needed an above-average campaign from their newly-minted right fielder. Unfortunately, he didn’t make a good first impression during his first month in a Blue Jays uniform.

Traditionally, Grichuk is a slow starter, as evidenced his by his career .183/.257/.354 slash line in the months of March and April. Fast forward to today and he finally looks like the player the Jays traded for in the first place.

Since returning from the disabled list on June 1st, the right fielder has been one of the team’s hottest hitters. On Sunday, he capped off a 3-for-4 game with a pair of home runs and four RBIs. His nine-pitch at bat against Justin Miller drove in the game-tying home run and was one of the turning points during the Blue Jays’ dramatic 8-6 win over the Washington Nationals.

The difference in Grichuk’s game from the beginning of the season until now is night and day.

The 26-year-old has been exponentially better at the plate in every facet of the game in the month of June. With 14 hits in the last 14 games, he’s doubled his hit total from the first month of the season. He’s hitting way more line drives (a 14.4% increase), way fewer fly balls (a 24% decrease) and has a better approach at the plate.

In layman’s terms, the key for Grichuk this month is he’s not getting underneath the ball, making soft contact, and inducing easy outs. Rather, he’s making better and more consistent contact at the plate. Instead of routine fly balls to the outfield, he’s driving the ball to the gap and hitting the ball over the fence.

The truth is that hitters often look worse than their numbers suggest when they’re going through a slump. On the other hand, when hitters are in a groove like Grichuk is right now, they’re never as good as they look, either. This month, Grichuk is hitting like Mike Trout, but there’s zero chance he’ll finish the 2018 season with Trout’s MVP-calibre numbers. Just like the Blue Jays right fielder was never going to be a .106 hitter the entire 2018 season.

If the real Grichuk is somewhere in between these two extremes – the bad Randal of April and the good Randal of June – I think the Blue Jays would be more than pleased with those numbers from their high-upside outfielder. Somewhere around a .750 OPS is what the Jays should expect out of Grichuk, which is a vast improvement upon the .674 OPS his predecessor posted last season.

Given how hard he swings the bat, he still profiles as the kind of player who has 30 home run-plus potential. He won’t reach that 30 home run threshold this season, but next year, it’s easy to see how he could go yard 30 or more times in a season.

Back in April, the immediate results from the Grichuk trade didn’t look all that great. Maybe he had trouble adjusting to a new league when faced with a whole new set of pitchers. Maybe he was suffering a few lingering effects from the wrist injury he suffered in Spring Training.

As poorly as Grichuk was playing in April, the Blue Jays were never going to cut bait with a player they had just acquired.

Grichuk plays an important part in the future of this Toronto Blue Jays team; not only this year, but in the foreseeable future. He’s under club control until the end of the 2020 season, he’s only 26 and he arguably hasn’t even hit his peak yet as a starting right fielder. Along with Teoscar Hernandez, these are two outfielders look like they could be big contributors for the Blue Jays in the coming years.

Grichuk may not even be stationed in right field if the Blue Jays were to suddenly trade away one of their mainstays in the outfield, like Kevin Pillar. Grichuk spent the bulk of 2016 playing centre field for the St. Louis Cardinals, so he’s basically a centre fielder in right fielder’s clothing for the Jays. With his speed and defensive ability, he’d be more than capable of playing centre field in Toronto if an opening were to present itself.

Although there are dramatic ebbs and flows with his bat, Grichuk provides stellar outfield defence and he’s one of the fastest base runners on the Blue Jays roster. It’s easy to see why the front office sought him out because there’s a lot of like about Grichuk’s all-around game. The combination of speed, defence, and power at the plate makes him an intriguing Blue Jays player to keep an eye on.