Dog owners and animal enthusiasts from across Metro Vancouver are expected to rally at Trout Lake Park Sunday to protest proposed changes that would see its off-leash space dramatically reduced.

The ‘Save the Lake Dog Day‘ runs 12:30 to 3:30 p.m. and includes a march around the lake, as well as entertainment including dog tricks and dog trainers.

Organizers hope that hundreds of dog owners come out to voice opposition to the Vancouver Park Board master plan for the popular park. That would see the off-leash area reduced by almost 80 per cent, and possibly fence off the area.

The reduction would decrease the space from 29,000 square metres to about 6,000 — about the size of a soccer field. 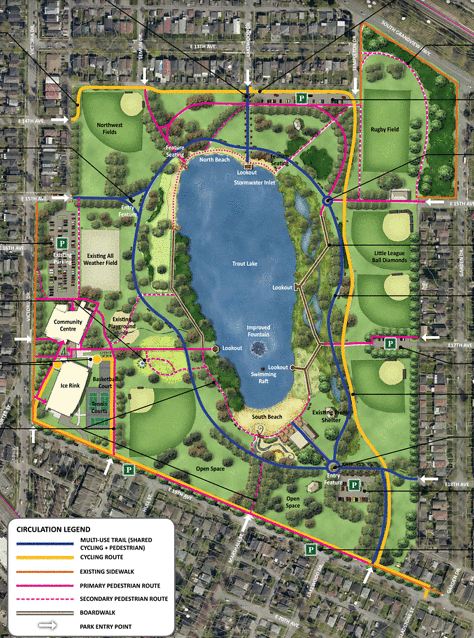 The group hopes that the park board, which maintains that non dog owners have expressed concerns about the off-leash area, will have a change of heart.

Here’s an itinerary of the afternoon’s activities:

12:30 pm – Protest Signapalooza. Prizes for the best doggie protest signs!
1:00 pm – The Pawsome Dog Trick Competition. You think you have a top dog? Best tricks win a prize!
1:30 pm – Musical Chairs for Musical Mutts. Which canine makes it to the final chair?
2:00 pm – Doggy Dress Up. Have your kids dress up your dog, best costumes win a prize!
3:00-3:30 pm – The Great Big Save Trout Lake Dog March. Leash our dogs and walk around the park to show that we have been using this park for as long as anyone can remember.

More than 1,100 people have joined its Facebook page. There’s also a growing petition directed at the park board.

This isn’t the first public show of solidarity either. Last month, hundreds of dog lovers marched at John Hendry Park to protest the proposal.

The group says that 36 per cent of Vancouver households have a pet, and that with increased development in East Vancouver the park is more important than ever.

“Dog lovers, we really need your support,” the page reads.

Members of the park board met with a group of ‘dog representatives’ on May 13 and are forming a working group to “resolve off leash issues.”  A recommended plan will be presented to the park board in July. 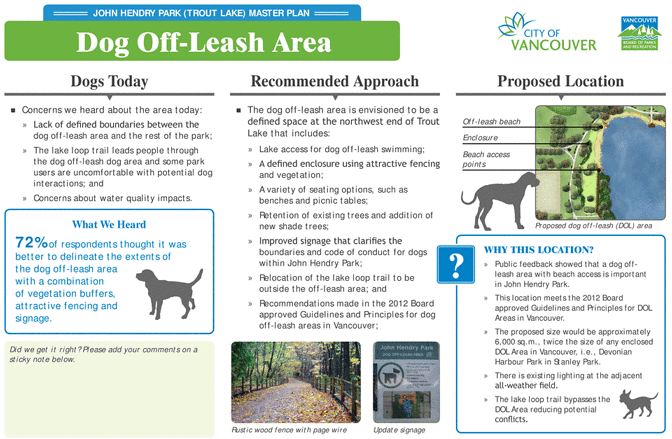