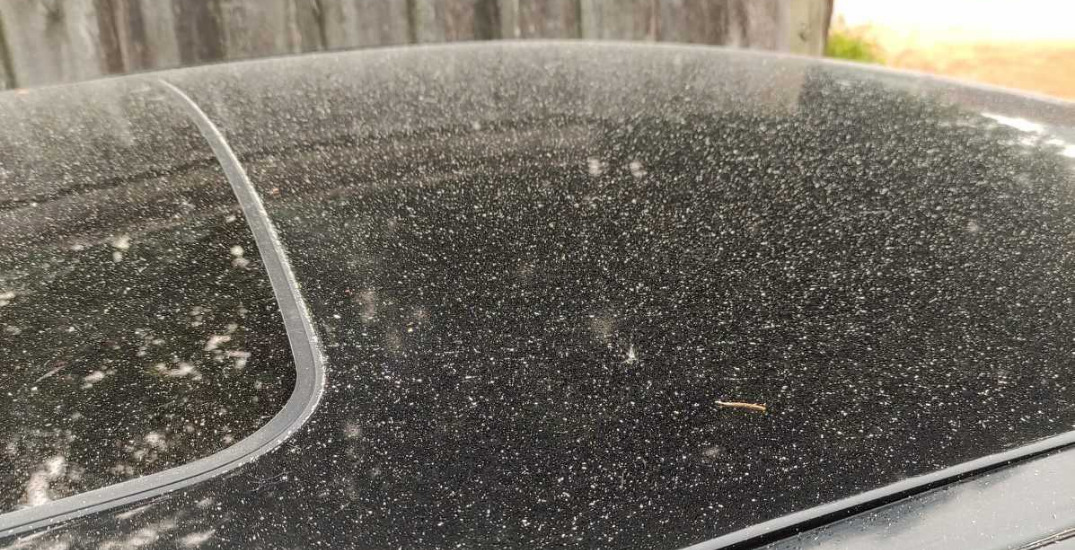 Ash on top of a vehicle. (Submitted)

Along with an extreme heat alert and news that Vancouver has the worst air quality in the world as of Friday afternoon, many people have taken to social media to show pictures and videos of ash raining down in parts of the province.

Smoke from wildfires spread over most of the city, covering Vancouver in a dull haze that had the sun glowing an eerie bright orange.

The current conditions for Vancouver on Environment Canada are listed as just “smoke.”

Social media users from Vancouver, to the Fraser Valley, to Interior Health reported seeing ash falling in their respective regions.

There’s smoke turning the sun into a hazy red ball and ash floating in the sky. I live east of Vancouver, and the fires aren’t close to here. #BCWildfire #ClimateCrisis #bcdrought

Wildfires are burning in parts of BC and across the border in Washington State, contributing to the worsening conditions in the Lower Mainland.

Today’s weather for Greater Vancouver: smoggy, with a chance of ash

An air quality advisory that was issued yesterday has been extended until at least early this weekend.

Essentially breathing in ash at this point. #Vancouver

Conditions are expected to ease on Sunday.