Davie Street just became a bit more colourful. In time for this week’s major Pride festivities, the City of Vancouver has installed permanent rainbow crosswalks at the intersection of Davie and Bute Streets.

The installation of the rainbow striped crosswalk was first announced weeks ago and will become a permanent city attraction for residents and tourists. It was painted overnight on Sunday just in time for the City of Vancouver’s proclamation of Pride Week later today.

The rainbow stripes are a universal symbol of LGBT pride and will further cement the LGBT community’s place in the Davie Street Village. On the bigger picture, the permanent rainbow crosswalk is also a celebration of how far Vancouver has come into becoming the safe, inclusive, and accepting place it is today.

Just like the rainbow crosswalks found in a small number of other cities in other countries, this new downtown Vancouver fixture will likely become another very well photographed city landmark. The permanent installation on the intersection of Davie and Bute Streets comes after last summer’s trial (temporary) installation at the intersection of Davie and Denman Streets for Pride 2012 events. 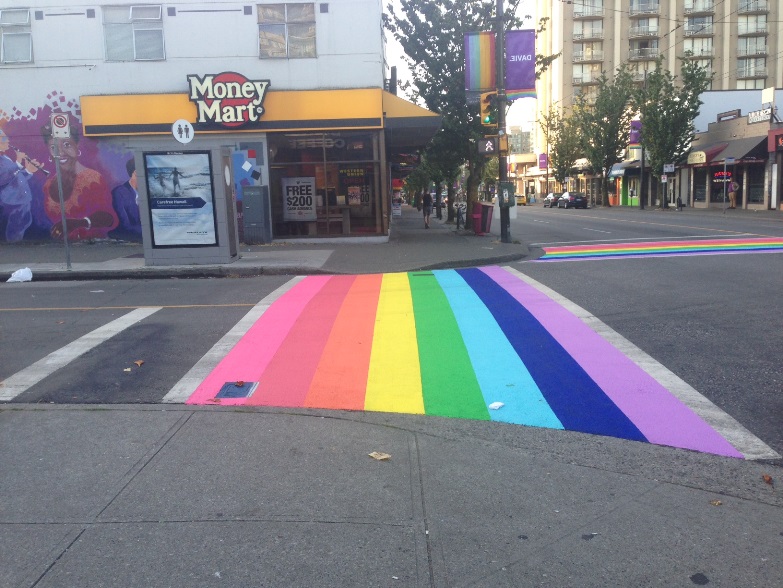 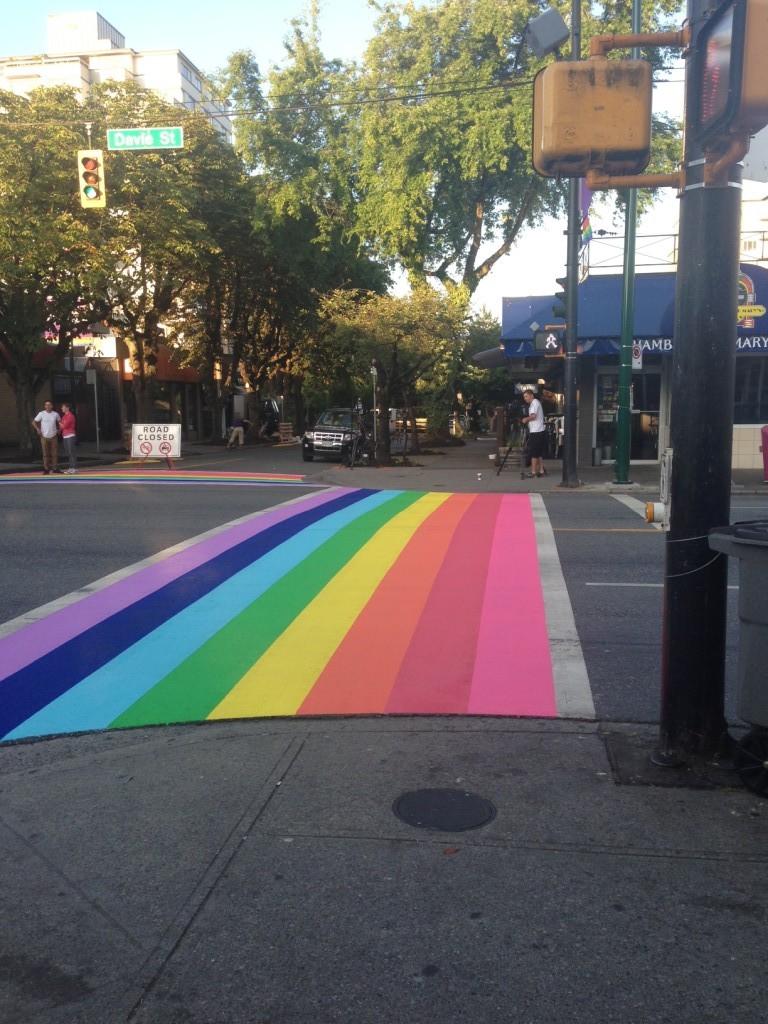 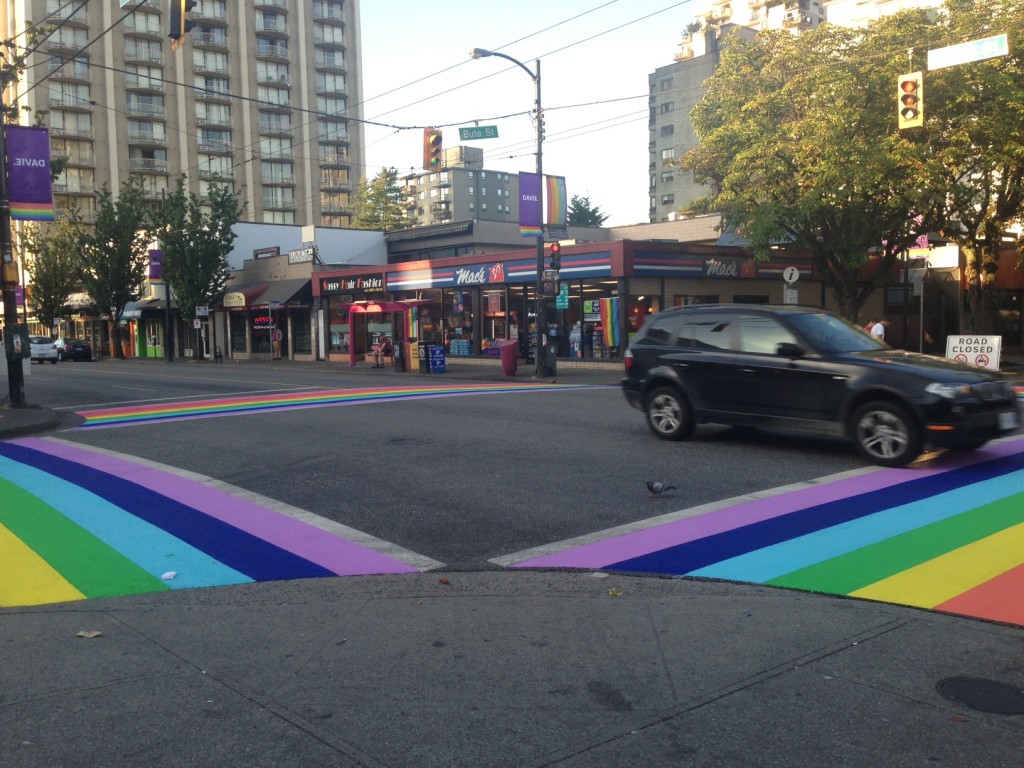