Anytime is a good time for ice cream, even if we live in a city with the nickname “Raincouver.” With a thriving ice cream shop located in Kitsilano, Rain or Shine is now scooping up their all-weather treats at a new second shop in Cambie Village.

It was just over four months of hard work by husband-and-wife co-owners Josie Fenton and Blair Casey to get the Cambie location open, just in time for the Easter long weekend (though Fenton confesses things in the shop looked a lot less done in the days leading up to their first official scoops were sold). 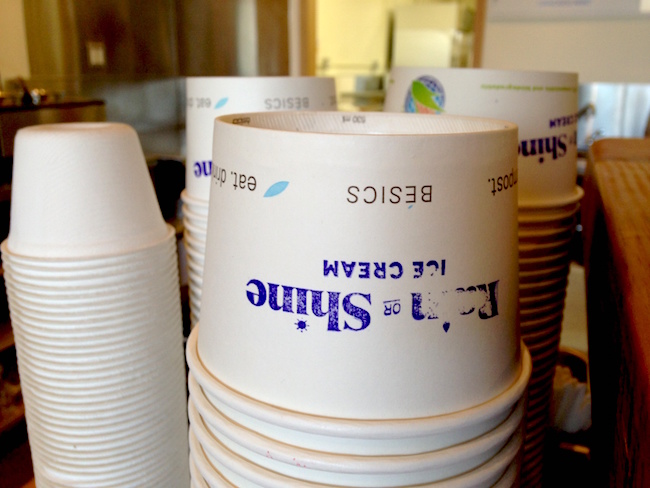 A former hair salon (their Kits location was a kids’ shoe store), the second Rain or Shine has a blast freezer in back in the larger production kitchen, though many familiar design touches customers will appreciate. Fenton and Casey did the store design themselves, first just pen on paper that a contractor turned into their submission for city approval.

Inside the Cambie Village Rain or Shine, ice cream lovers will find tiling and decor accents with a “waffle cone” criss-cross motif, along with custom-made wallpaper bearing the image of an actual Rain or Shine cone, a milk bottle chandelier, reclaimed wood counter tops, and a communal table, all supervised by the scoop shop’s mascot unicow (a purple cow with an ice cream cone horn) from his wall perch.

On the menu are the signature Rain or Shine flavours, like London Fog, Cracked Mint, Honey Lavender, and Blueberry Balsamic, and their seasonal specials, which will be divided between the two shops. Right now it’s their Lemon Squared, born of a collaboration with the Lemon Square guys, and Maple Pecan.

Flavours spring from the Rain or Shine team’s interactions with seasonal produce and ingredients, and Fenton says they’re always being inspired with ideas for new ice creams. Sometimes a flavour comes from wanting to give customers a flavour combo they seem to crave, like chocolate and coconut, or wanting to come with little twists on familiar tastes. 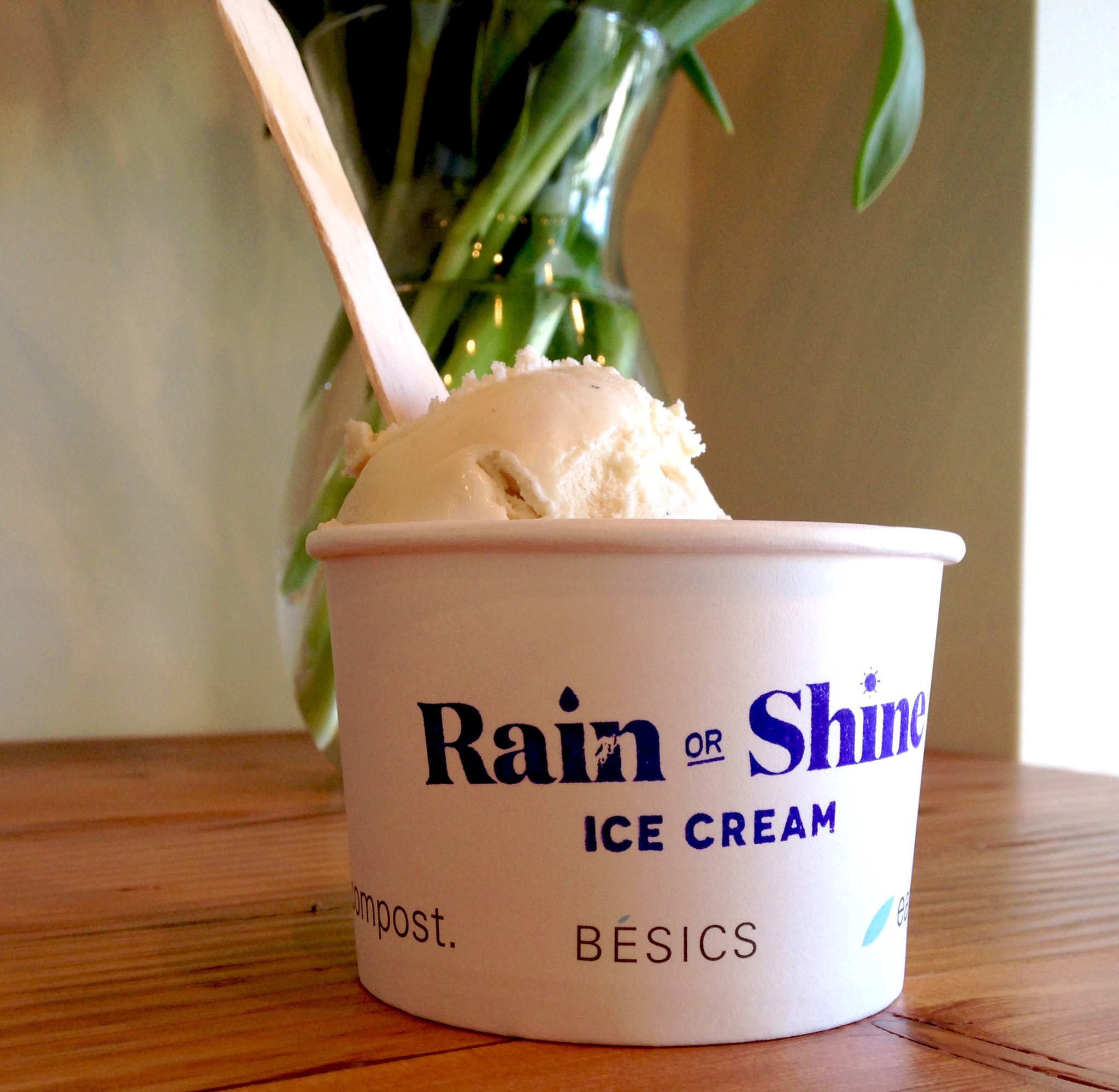 “We make all our stuff from scratch, including our mix-ins,” says Fenton. “Whenever there’s anything fresh we want to use it. We love going to the farmers markets and picking up what’s fresh and in season, ” she adds.

You can get your ice cream scooped into cups or cones, but Rain or Shine is also known for their playful take on Taco Tuesdays, serving up waffle cone tacos filled with ice cream. Rain or Shine also has sundaes and milkshakes, and vegan options, too.

Fenton says the Cambie Village location was ideal because of its “great neighbourhood vibe,” and its proximity to great restaurants and a movie theatre, and that there are lots of families living in the area. 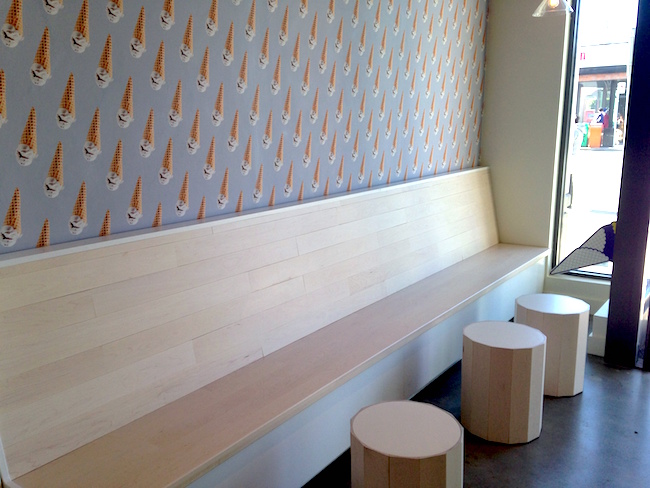 Rain or Shine is meant to put the social back into ice cream by creating a space that’s bright and inviting, where people can hang out and have a good time. The RoS spirit of fun is evident in their sidewalk sign, which gives the weather forecast, though Fenton says Vancouverites can not only embrace being out and about in the rain out of necessity, but can also find comfort and warmth on a cold, dark day with ice cream…just add some hot fudge or caramel sauce to take the chill off.

Though some expanding food biz owners are already looking ahead to their next opening with the current one barely under their belts, Fenton says they need a bit of a break before they can think about launching a third location. Fenton jokes that their first “baby” is the original Rain or Shine in Kits, and this new shop their third “baby,” since the couple actually had their son six months ago, in between store launches.

“Make sure you eat your ice cream before it melts,” Fenton urges me during our chat. Happily, I complied. It was the perfect time for ice cream. Then again, when isn’t it? 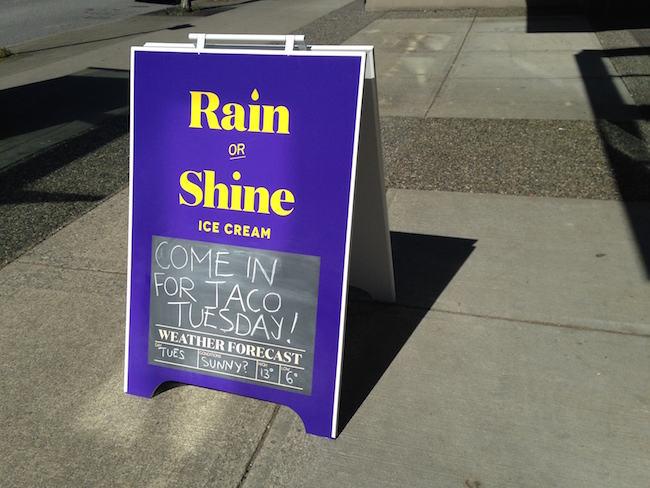 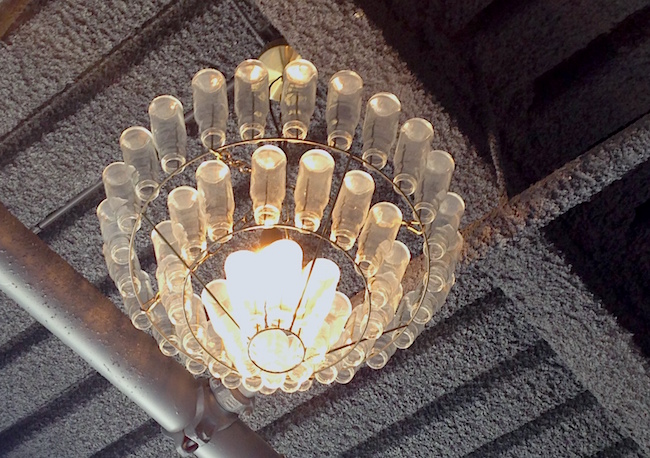 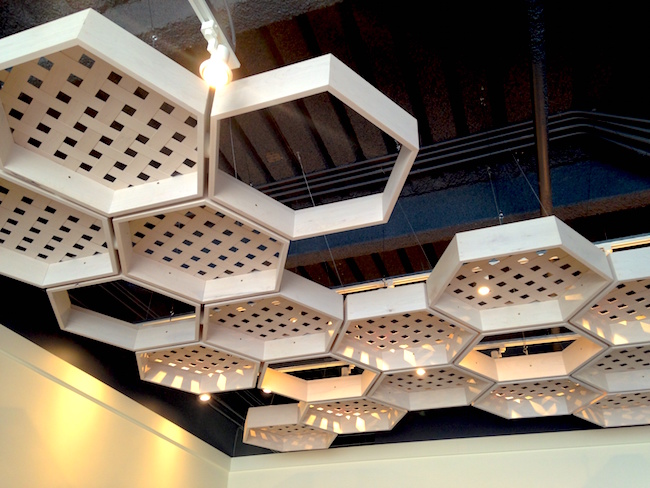 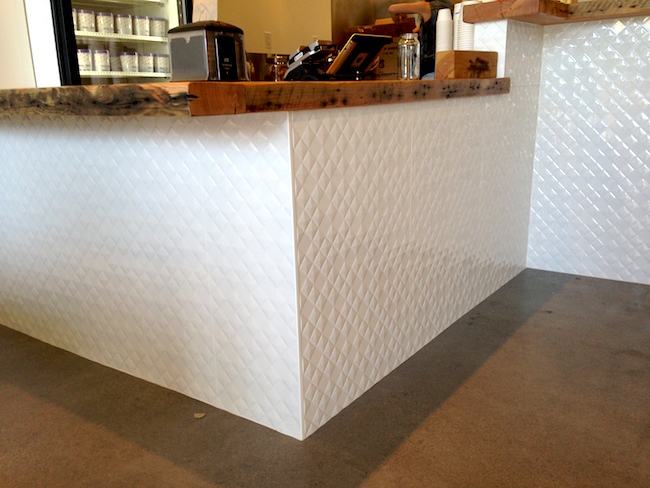 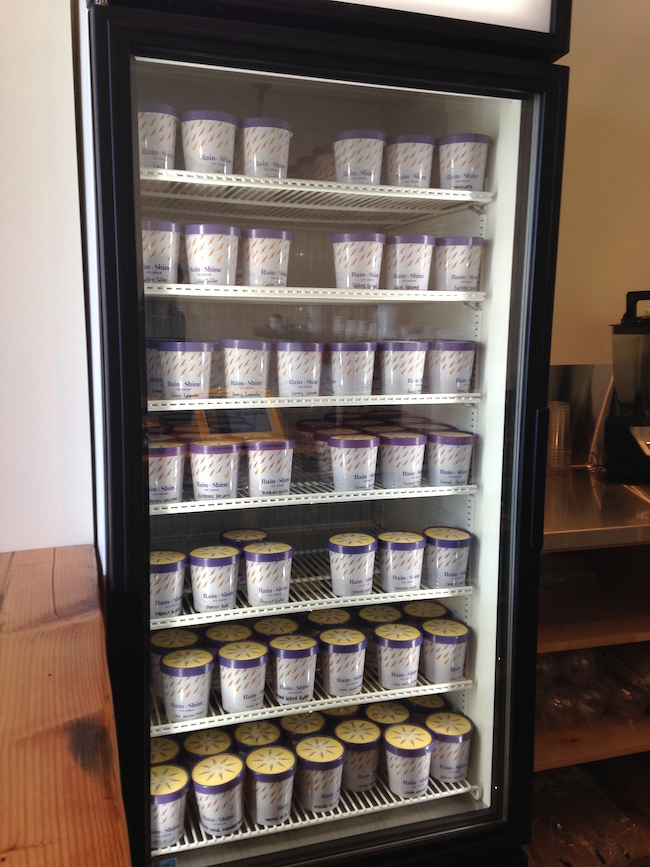