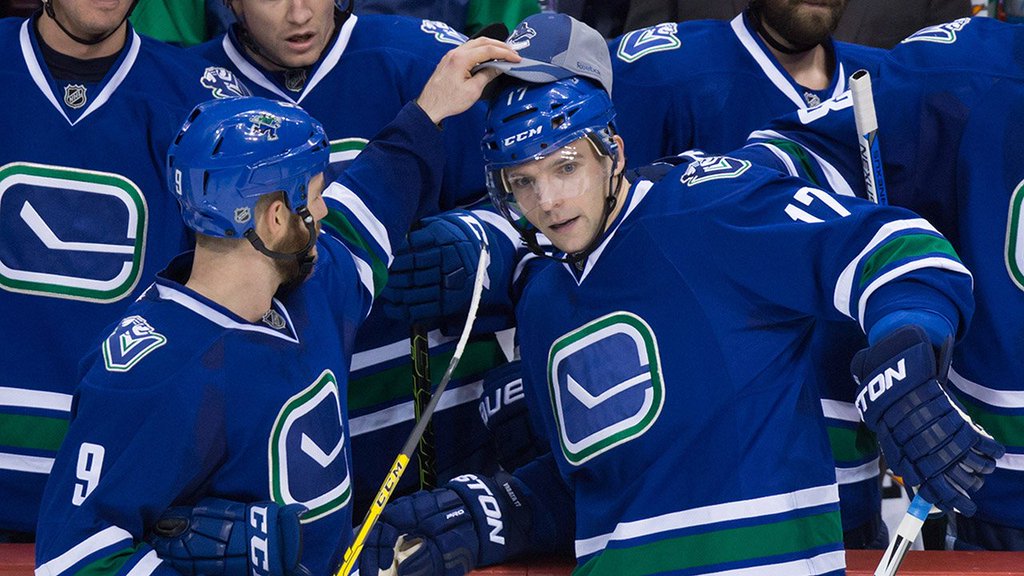 Radim Vrbata has signed with the Arizona Coyotes today, thus ending his time with the Vancouver Canucks.

Although Vrbata’s time was limited to two seasons in Vancouver, the Czech winger still left an impression.  Signed to a two year contract as an unrestricted free agent in the summer of 2014, Vrbata brought something the Canucks were lacking, goal scoring.

When he was on his game, the Czech winger seemed to be able to slow time down and place his shot exactly where he wanted. However when he was off his game, he was frustrating to watch, looking apathetic on the ice.

But let’s focus on the positive, and say farewell by looking back at the five best goals that Radim Vrbata scored while with the Canucks.

It’s not the most skillful goal he ever scored, but with this strike against Dallas Radim Vrbata becamethe first Canucks player to score thirty goals in one season since Ryan Kesler and Daniel Sedin did it in 2010-11.

On a nice pass from Nick Bonino, Vrbata attacked the net, looks off Antti Niemi and appears to be going for a quick wrap around. He stops quickly and then tucks it in before anyone can react.

Best part of the clip, is after the celebration, the camera cuts to Niemi looking like he is thinking ‘how did he do that?’

Just how they drew it up – three seconds into a power-play and it’s in the back of the net. Generally known for his accurate wrist shot, the former 7th round pick would use his slap-shot from time to time and left us wondering ‘Why not use it more?’

Before Ben Scrivens even had time to react, it’s in the back of the net. Another great demonstration of his slap shot, was on February 5 against San Jose:

His first goal in his first game as a Vancouver Canuck checks in at number two.

Daniel and Henrik Sedin do their thing causing mayhem in the Flames zone, which allows Henrik to come around the net with the puck. He sees Vrbata and tries to get the puck to him, but it ramps up Michael Backlund’s stick. That’s no problem for Vrbata, as he bats it out of the air and into the back of the net. The play would be reviewed, but it was deemed that Vrbata knocked the puck in below the cross-bar.

Was there any other choice for number 1?

Vrbata enters the zone with speed but slows down to an almost complete stop while looking for a pass. In an effort to prevent a cross ice pass, this forces the Senators defenceman Chris Philips to give him space. Vrbata takes advantage of that and absolutely undresses Craig Anderson before tucking it in.

Radim Vrbata was the Canucks’ lone representative at the 2014 NHL All Star game and he made us proud early. Scoring the first goal for Team Foligno in a 17-12 loss to Team Toews (Jonathan Toews and Nick Foligno were the team captains, thus the teams were named after them)

You can’t take any goal in the All Star Game too seriously, but he still shows well as he takes the puck on the breakaway and snaps it above the pad of Roberto Luongo.