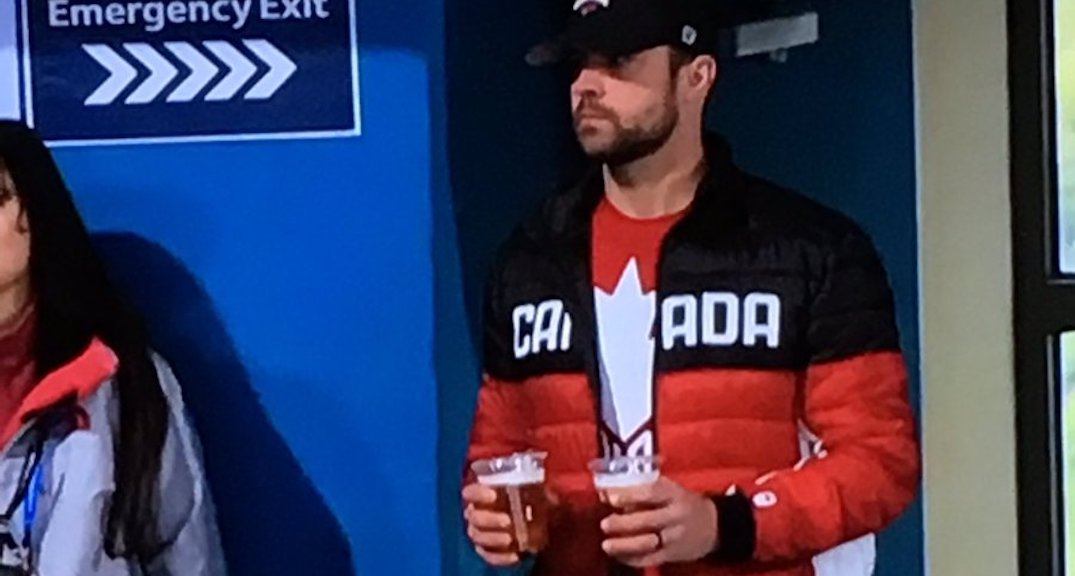 There’s nothing like cheering on the Canadian Olympic team in Pyeongchang at odd hours of the day. And as a husband of an Olympian, this means beers before noon.

It seems all eyes were on Canadian curler Rachel Homan’s husband on the morning of February 19, as she competed against Japan.

The pressure was high, so high that Homan’s husband, Shawn Germain, was spotted double-fisting twice before 9 am.

To be fair, bars in some Canadians cities opened as early as 7 am during certain Olympic sports. And we can assure you none of those patrons double-fisting at 8 am are husbands of Olympians.

After Germain’s photo went viral online he got on Twitter to explain his morning beers.

“You can judge all you want,” said the ex-pro hockey player. “The stress level is high, I’m not a drunk, I’m just Canadian.”

You can judge all you want. The stress level is high, I’m not a drunk, I’m just Canadian. #WeBelieve

And of course, Canadians were all for Germain and his double-fisting.

We couldn’t keep up with you back home… and it’s a long weekend here. #WeBelieve #onemore 🙌🏻 🇨🇦🍻 #olympics pic.twitter.com/TWZfg1xgBT

I NEED to know how many beers Rachel Homan’s husband has right now. Get me camera 2 #PyeongChang2018 #WeBelieve

Ha, ha, Rachel Homan’s husband is guzzling beer before noon (Korea-time, unless I can’t calculate the time difference). I guess we can’t blame him considering events.

As the original poster of the Germain photo Ben Johnson said, “Not all heroes wear capes.”