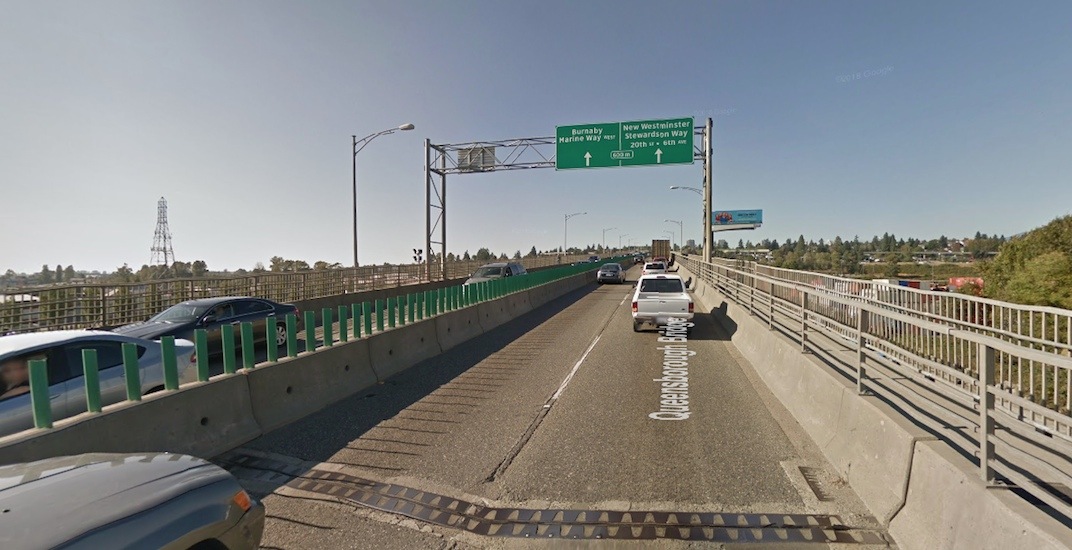 A suspect has been taken into custody after a mid-day assault on the Queenborough Bridge.

According to a police statement, members of the New Westminster Police Department (NWPD) were called to the bridge after an adult male began to assault an elderly male with a weapon.

Two bystanders attempted to step in and intervene, however, the suspect began to attack them as well.

Authorities arrived and instructed the suspect to drop the weapon, but he ignored the instructions and continued to attack the victims.

Officers responded by using an Arwen, a non-lethal, long-distance weapon typically used for riot control. Eventually, police were able to take the suspect into custody.

The three victims suffered what authorities are calling “non-life threatening injuries.” All of them have been taken to a nearby hospital; there’s been no further update on their conditions.

“We are thankful that this was not worse than it was, which can be attributed to the people who helped stop the attack and the quick response of the NWPD patrol officers,” comments NWPD Sergeant Jeff Scott.

At this time, the suspect remains in custody and will appear in court at a later date.