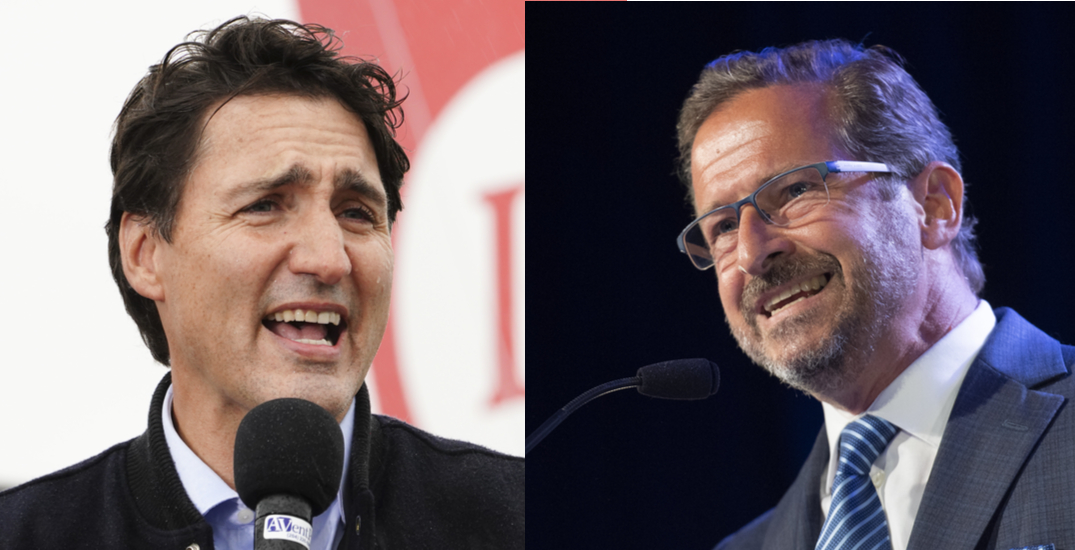 The battle for votes in Quebec is shaping up to be a showdown between the Liberals and the Bloc Quebecois, experts say, but history has shown the province’s voters are regularly capable of delivering a surprise.

At dissolution of Parliament, the Liberals held 35 seats in Quebec compared to 32 for the Bloc, which roared back to relevance in 2019 under the leadership of Yves-Francois Blanchet. The Conservatives held 10 and the NDP had one.

“I expect that the dynamic will be Bloc versus Liberals, with the NDP and Conservatives a little bit outside looking in because of the dynamics in place,” Daniel Weinstock, McGill University law professor and Katharine A. Pearson Chair in Civil Society and Public Policy, said in a recent interview.

Three experts who spoke with The Canadian Press all agreed the stakes in Quebec are highest for Liberal Leader Justin Trudeau, who needs a strong showing if he hopes to return to a majority government. The Liberals won a majority in 2015 and a minority government in the 2019 election.

Picking up some seats, especially around the suburbs of Montreal or Quebec City, “would clearly be part of the puzzle that would get [the Liberals] over the line,” Weinstock said.

To be successful, Trudeau will have to carefully navigate a provincial political climate with a distinct national bent, while taking on an adversary in Blanchet who will be eager to exploit any perceived differences between the interests of the Liberal leader and Quebec.

That renewed climate of Quebec nationalism is championed by Premier Francois Legault, who has brought in legislation banning religious symbols, tabled a strict French-language law and proposed amending Canada’s constitution to formally recognize Quebec as a nation with French as its only official language.

Weinstock said this “nationalist retrenchment” makes it harder for the Conservatives and the NDP to break through in Quebec, despite overtures by both party leaders and an established base of Conservative support near Quebec City. Neither Tory Leader Erin O’Toole nor NDP Leader Jagmeet Singh have particularly strong connections to the province, even though O’Toole was born in Montreal, he said.

Quebec voters, however, have proven time and time again they’re capable of surprises.

In recent federal elections, a significant bloc of the province’s electorate has been willing to shift allegiances at a large enough scale to change the course of an election.

In 2011, Quebec voters were the driving force behind an “orange wave” that propelled the Jack Layton-led NDP to official Opposition status—its best result in party history. In 2015, the province helped send Trudeau’s Liberals to a majority.

Three years ago, the Bloc Quebecois sailed back from obscurity, more than tripling their seat count—a result few analysts predicted.

Daniel Beland, head of the McGill Institute for the Study of Canada, says it’s this volatility, combined with a high seat count, that makes the province a potential kingmaker. “It can be full of surprises,” he said.

“It seems that many francophone voters are not faithful to one party and they may change their mind at the last minute.”

And although the possibility of a big win makes the province irresistible to political leaders, it’s not always clear what drives its voters’ allegiances.

While the province has rarely voted en masse for a politician who hails from outside the province, Layton’s strong showing shows that perfect French isn’t always a prerequisite. Layton was from Ontario but had Quebec roots, spoke his imperfect French with a Quebec accent and was able to connect with people, Beland said.

“Identity is very important for voters, and we have evidence of that,” he said.

Guy Lachapelle, a professor of political science at Concordia University, said there are several issues that could be relevant in Quebec. They include the environment and pipelines, Trudeau’s decision to nominate a governor general who doesn’t speak French, health-care transfers to the provinces and how to pay for COVID-19 pandemic spending.

Legault, too, could be a wild card. While the premier is unlikely to overtly take a side, Lachapelle said the leaders will all be eager to curry his favour—something the premier could subtly exploit to extract promises.

“He’s not going to support the Bloc, but clearly the Bloc is useful to him when it comes to asking for things for Quebec in the next couple of years,” Lachapelle said.

Beland says Blanchet’s challenge will be to convince voters that Trudeau is out of step with Quebec values, although he says Trudeau’s support of stronger French-language laws and failure to challenge Quebec’s proposal to amend the constitution may give the Bloc leader less ammunition than in previous years. Trudeau, on the other hand, will have to convince the province’s voters that they’re better served by voting for a party that can form government rather than one like the Bloc that can only oppose.

He said results are likely to come down to not only policy, but also the leaders’ emotional appeal. While that’s true everywhere, he said this effort takes on a “special flavour” in Quebec given the province’s distinct identity.

“It’s a mix of having the right policy message, but also crafted in a way that could appeal to voters’ identities so they say, ‘I can identify with this person and this agenda,'” Beland said.