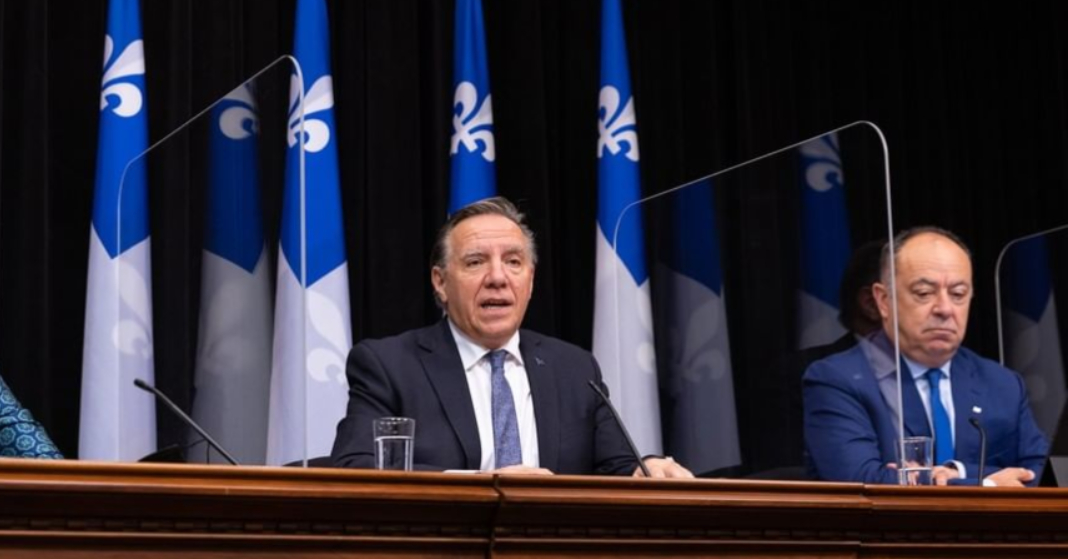 Quebec is working on charging unvaccinated adults a fee for receiving healthcare.

On Tuesday, Premier François Legault says adults who refuse to get their first dose of the COVID-19 vaccine will be charged a “health contribution.”

He says the exact amount has yet to be decided and he won’t charge adults who have a valid medical exemption.

Legault says the idea is to charge all citizens who aren’t willing to get vaccinated a fee. He says the fee could work more like a fine and will not be specific to unvaccinated Quebecers who need to go to the hospital.

“There are consequences on our healthcare network,” he said in French. “And it’s not up to all Quebecers to pay for this.”

Legault says that 10% of the unvaccinated take up 50% of ICU hospital beds across the province.

Legault says he’s aware “the situation is tough” and says the “vaccine is the key to fight the virus. Getting the first, second, and third dose of the vaccine and reducing our contacts with older people is the way out.”

During the press conference, Legault also announced that Dr. Luc Boileau would take over as the interim director of public health in Quebec. Boileau had been the head of INESSS, Quebec’s healthcare research institute.

On Monday night, Dr. Horacio Arruda resigned after 12 years on the job, citing recent criticism of “the credibility of our opinions.”

Legault says “there are some benefits after 22 months of having a new person take on Quebec’s public health responsibilities” and thanked Arruda for his service.