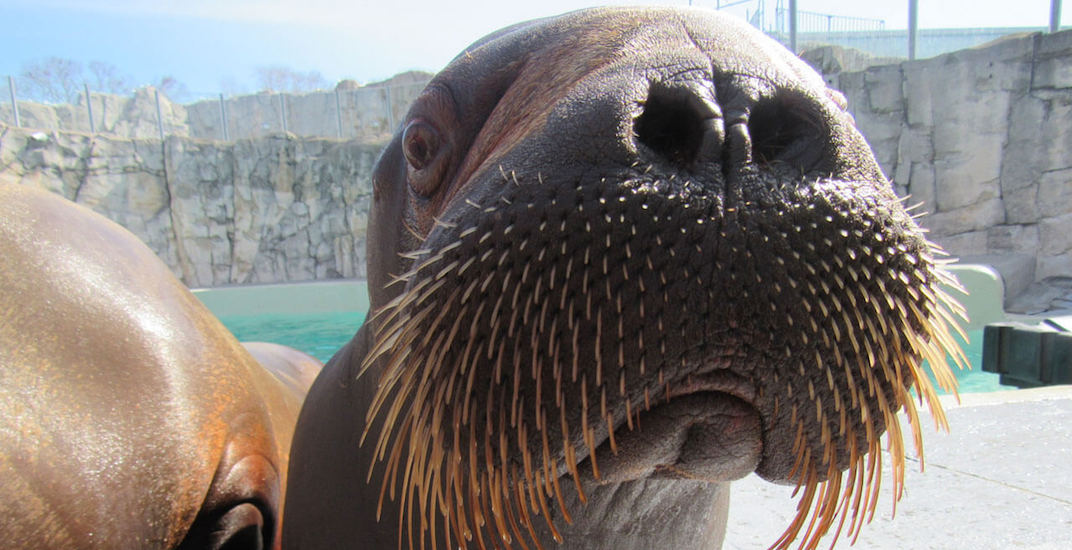 Lakina, one of the two walruses at the Aquarium du Quebec that will be relocated to the Vancouver Aquarium. (Aquarium du Québec / Sépaq)

The Vancouver Aquarium is gaining two young walruses from another Canadian marine life institution to create a new exhibition.

According to a release by the Aquarium du Québec (ADQ) in Quebec City, the walruses named Lakina and Balzak will be making a trip westbound soon.

They were born in captivity in May 2016, and since then the duo have “acquired the maturity and independence required to begin a new stage in their lives.”

ADQ says the departure of both of the youth walruses will allow the three adult walruses to return to their communal pool.

“Since the birth of the walruses, our adult male, Boris, has been kept in a separate space since, in nature, the male does not usually stay with newborns,” reads the release. “This separation has avoided the risk of injury to the little ones and facilitated the monitoring of their development.”

“However, walruses are also social animals, so after a year and a half, the experts at Aquarium du Québec believe that Boris would benefit from a return to communal life.”

Lakina and Balzak were born just a few days apart at ADQ and were only the seventh and eighth baby walruses born in captivity in North America in 86 years.

“The time has come to write a new chapter in the story of Lakina and Balzac,” the release continues.

The announcement of the new additions comes just days after the death of Chester, the false killer whale. He was rescued by the Vancouver Aquarium in 2014 when he was a four-week-old calf stranded on a beach near Tofino.

Chester was the first false killer whale calf to survive stranding in Canada, even though he had only a 10% chance of recovery.