Amidst a landslide of international criticism over ethical and moral concerns of hosting the 2022 FIFA World Cup in Qatar, shovels recently broke ground at the site of Al-Wakrah Stadium near Doha – the first of eight new stadiums planned for the energy-rich state.

Prior to the recent allegations, Bin Hammam had been banned for life from all football-related activities for charges of attempted bribery in the 2011 election of the FIFA president. The ban was rescinded when he appealed to the Court of Arbitration for Sport, but he was given a second life ban shortly after when there was evidence that there were conflicts of interests during his tenure as the Asian Football Confederation president.

According to the U.K.’s Sunday Times, leaked documents provide hard evidence that could trigger a re-vote for the 2022 host country, install severe sanctions on Qatar, and penalize the individuals responsible. In light of the findings, FIFA – the international sporting federation for football – has vowed to “appropriately” investigate the accusations of any wrongdoing by its executive members and the Russia 2018 and Qatar 2022 bid operations.

One allegation indicated Bin Hammam had worked with the Qatar government to offer Thailand a multi-million dollar gas contract in exchange for the vote of their member on FIFA’s executive committee.

Other separate allegations call out the use of secret slush funds for African and Asian football officials. It also implicates the Qatari royal family and at least seven senior FIFA executive committee members including FIFA president Sepp Blatter. Another eye-opening allegation even suggested that Bin Hammam meeting’s with Russian president Vladimir Putin a month prior to the FIFA vote was instrumental to their nations’ bid victories.

The decision on the host countries for the 2018 and 2022 FIFA World Cup was made in December 2010, and both Russia and Qatar won the bids in stunning, but controversial, landslide victories.

In the vote, FIFA’s executive committee had ignored the technical reports of the organization’s staff members, which ranked the two bids unfavourably. The problems were already known at the time – Qatar was even deemed a ‘high risk’ for not only logistics but also terrorism.

For Qatar, the allegations of bribery add to a list of major international concerns over the nation’s suitability to host the World Cup.

If you thought Sochi’s $51 billion price tag for the relatively small Winter Olympics was bad, it is nothing compared to what Qatar needs to do for its World Cup.

Qatar has a land area of about one-third of Vancouver Island and is home to a population of just 2.2 million.

As the host of one of the largest sporting events in the world, it does not have a rich sporting culture.

And it is also an issue of brick and mortar: none of the stadium venues exist nor do the cities that will support and host the event.

Qatar will spend $220 billion on not only eight new stadiums, but also the required airports, railways, roads, media facilities, and accommodations – all built to luxurious Qatari standards.

It was awarded the football competition with the understanding that the issue of its treacherous summer heat, reaching 50 degrees Celcius in June and July, would be resolved with the construction of twelve new air-conditioned stadiums. But plans for such a high-tech ‘solution’ have been canceled, with cost and environmental sustainability being the main reasons.

With that information in hand, FIFA followed the recommendations of an August 2013 report and made the difficult decision earlier this year to move the 2022 World Cup dates from summer to winter in an effort to reduce the real desert heat health risks for both players and the fans expected to be outdoors for the games and festivities.

However, a winter World Cup held sometime between November 15 and January 15 would clash with European football, the peak of the NFL season and other professional sport league schedules. FIFA has entered secret talks with the confirmed 2022 television rights holders to avoid lawsuits and could even have broadcasters pay much less as a compromise. 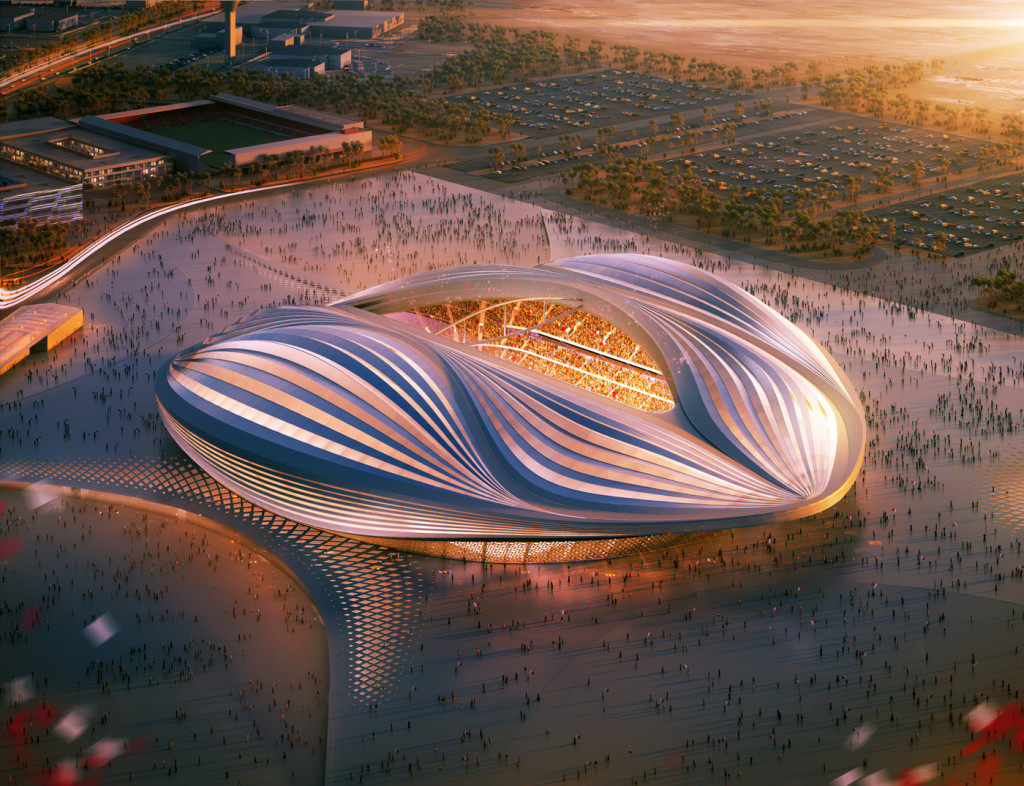 But there is so much more at stake. A report by The Guardian uncovered the extent of the abuse and mistreatment of migrant labourers working on World Cup construction projects, going as far as deeming it as a modern version of slavery.

The labourers are finding themselves in a situation where they are forced to work without pay and their passports have been confiscated to prevent them from leaving the country. They work in the desert heat for extended periods without any food and water, and the camps they live in have been described as overcrowded and squalid.

More than 100,000 Nepalese moved to Qatar to pursue work, and another 1.5 million people are required to complete the mega projects planned for the World Cup over the next 8 years.

As many as 400,000 fans around the world are expected to arrive in Qatar and attend World Cup games and festivities, but they could be required to follow the country’s stern decency laws. Visitors and foreign residents are required to wear clothing that cover the shoulders and knees and refrain from singing and shouting “indecent phrases” in public – or risk being sentenced with lengthy jail terms.

Homosexuality is strictly illegal in Qatar and could be an issue for LGBT activists in the same way it was for Russia ahead of its 2014 Winter Games.

Qatar’s restrictive laws on alcohol does not help its case either, given that just a few select brands are allowed within the nation – and even then, it can only be consumed at specific locations. Public drinking is not permitted in the country.

Beer is important to FIFA, given that Budweiser is one of its main sponsors. In 2012, FIFA pushed the Brazilian federal government to temporarily suspend the ban on the sale of alcohol at stadiums for the duration of the month-long event.

If Qatar is stripped of the rights to host the World Cup, FIFA’s choices are limited to countries with existing stadiums that only need minor renovations – and that’s only if they have the political will and public support to do so. Specifically, these potential contenders are the United States and England – countries that spent tens of millions on the bidding process, only to be defeated by Russia for 2018 and Qatar for 2022.

Even Blatter has since openly admitted that the decision to choose Qatar was “a mistake.”

The findings of FIFA’s investigation into the bidding process of the 2018 and 2022 World Cup will be made public next month following the conclusion of the current competition in Brazil.

This would not be the first bribery scandal to hit the decision process of choosing the host location for a major international sporting event. In late 1998, the International Olympic Committee found itself in the middle of a major corruption scandal when it was revealed that the Sale Lake 2002 Bid Committee had bribed IOC members for their vote in the host city election.

It led to the expulsion of corrupt IOC members, the top two leaders of the Salt Lake 2002 Organizing Committee, and a revamp of the bidding procedures to prevent future instances of bribery. Despite the troubling findings, the IOC opted not to relocate the host city just four years before the Games were set to begin. 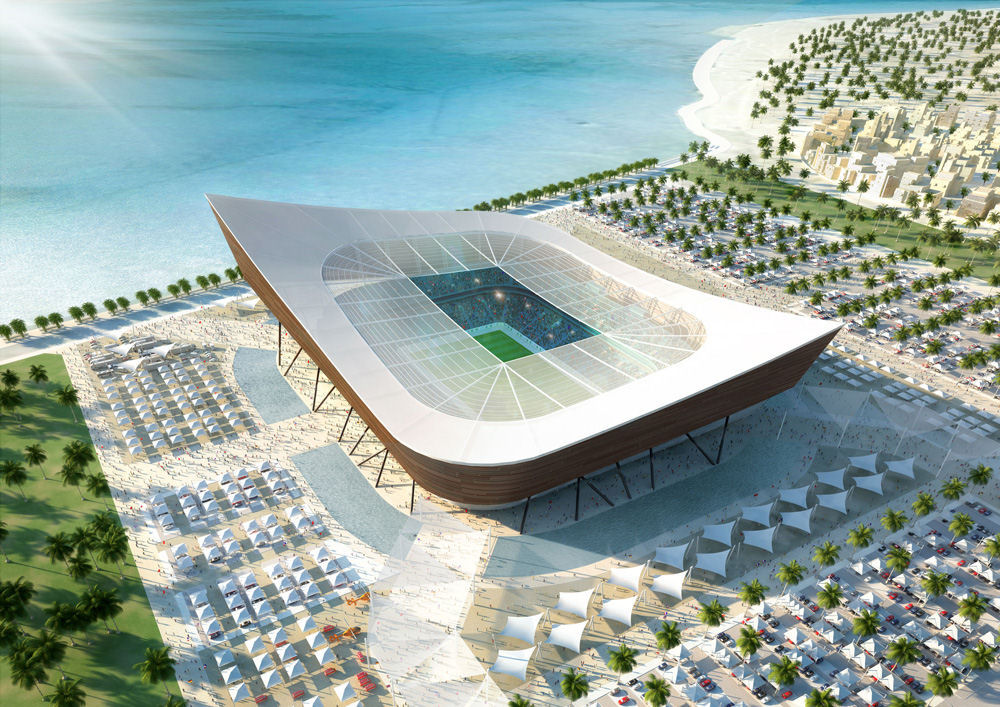 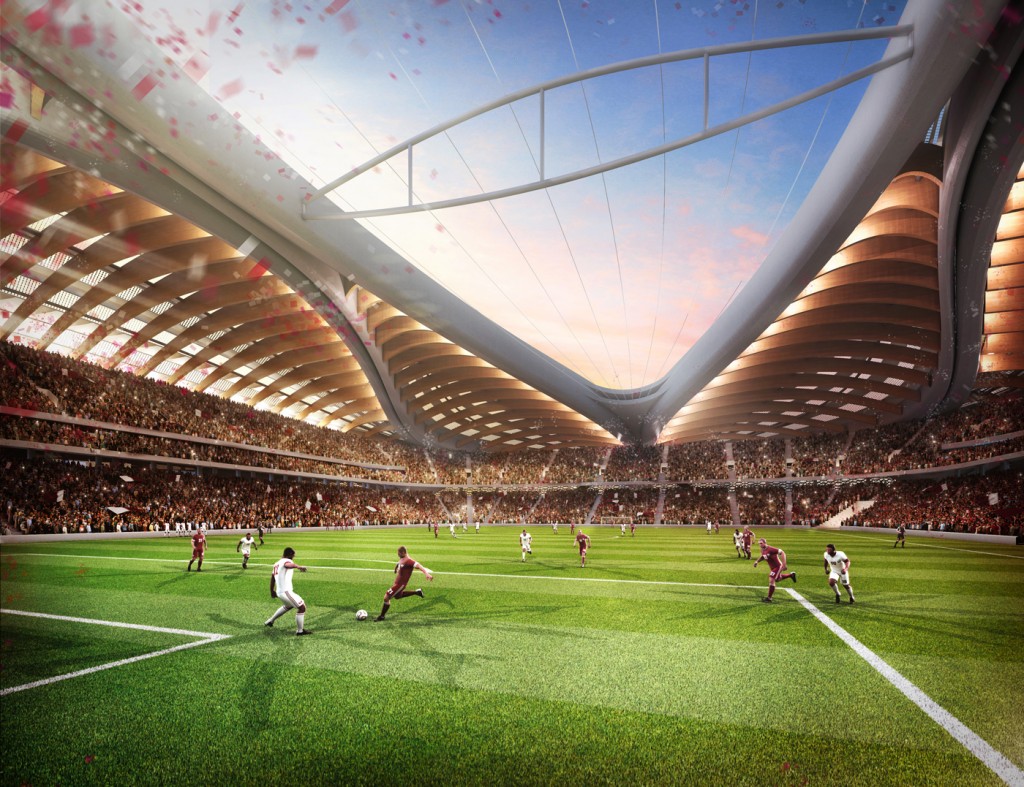