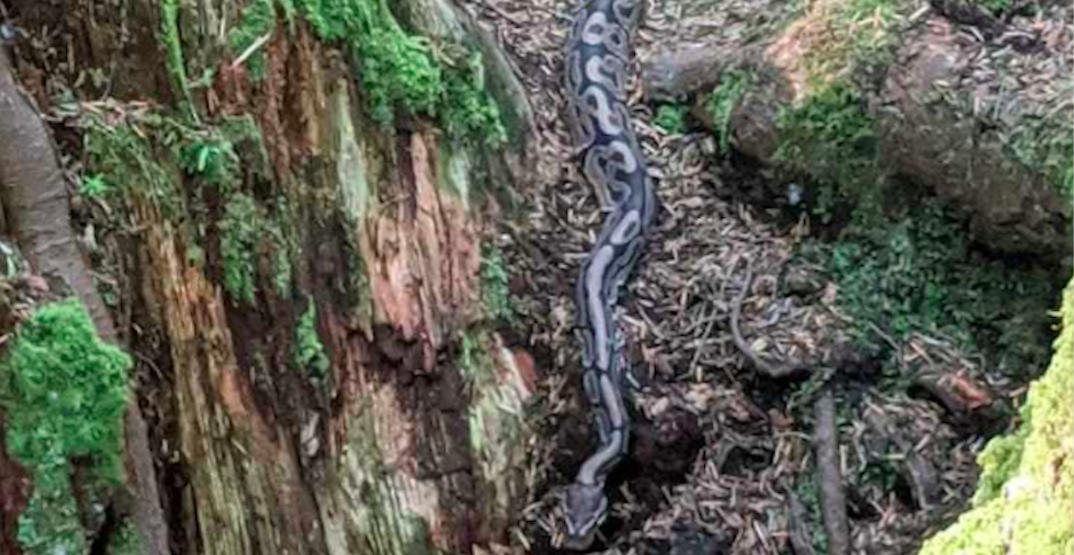 It’s likely not the type of creature Paul Peterson was expecting to see when he visited Tynehead Regional Park in Surrey this week.

Peterson said on Facebook that while at the park, he saw a python in his periphery while walking along a trail, calling it “quite a shock.” Metro Vancouver spokesperson Don Bradley confirmed the incident with Daily Hive on Thursday.

Bradley said that on Wednesday evening, around 5 pm, “a park user at Tynehead Regional Park reported the snake sighting to staff, off a trail near the hatchery.”

Pictures of the snake were sent to the West Coast Reptile Education Society, where it was identified as a ball python, he added.

On Thursday morning, “signage was erected informing the public of the snake’s presence,” and park staff, along with members from the society, “set out and successfully rescued the animal, around 11:30 am,” said Bradley.

As to where exactly the python came from in the first place, Bradley said it was “likely an exotic pet that somebody abandoned in the park.”

Now, the python is in rehabilitation and will be found a suitable home to live out the rest of its days, “so it’s a happy ending,” said Bradley.