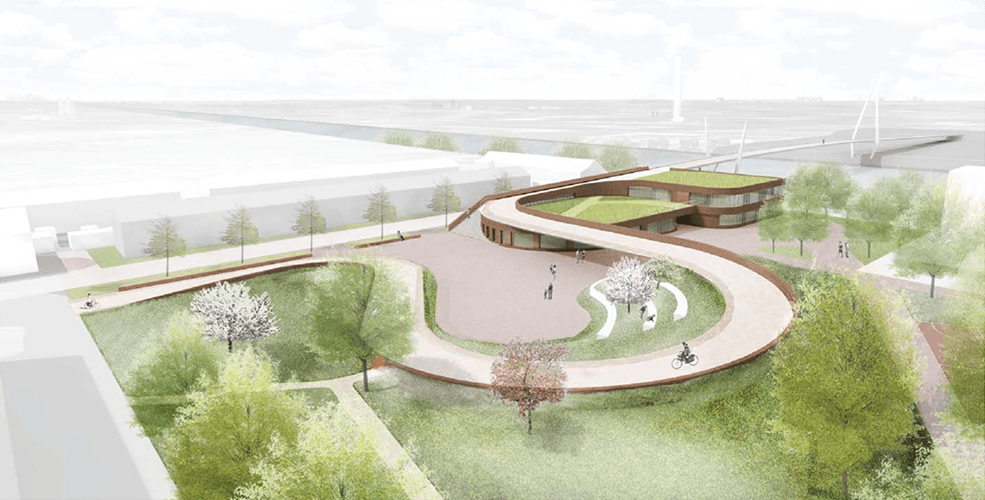 The Dutch City of Utrecht lies just 50 km southeast of Amsterdam, and holds a rich 2,000-year history dating back to the first century, when it was the location of a fortressed settlement on the northernmost edge of the Roman Empire.

Like its neighbour to the north, Utrecht is a city of canals, both big and small, sitting on the banks of the Amsterdam-Rhine Canal, a major shipping route in the area. 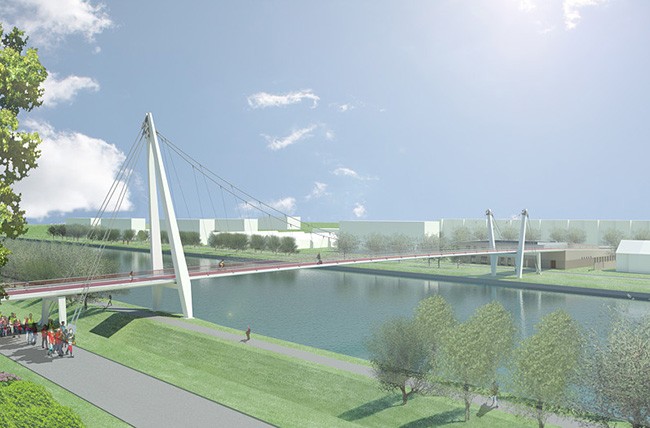 During our stay, we were graciously treated to a comprehensive tour of Utrecht by “Bicycle Dutch” blogger and filmmaker Mark Wagenbuur. Wagenbuur made sure to take us out of the city centre, and discover many of Utrecht’s hidden gems we wouldn’t have discovered otherwise. This included some alternative cycling routes to help provide convenient, non-stop cycling for residents travelling in and out of its suburbs, as well as an impromptu “test”, riding along the cycle exam route taken by all children in Utrecht around the age of 12. We’re happy to report that we passed.

One of the most intriguing stops we made, however, was at the newly redesigned OBS Montessori School in the city’s Oog in Al neighbourhood. 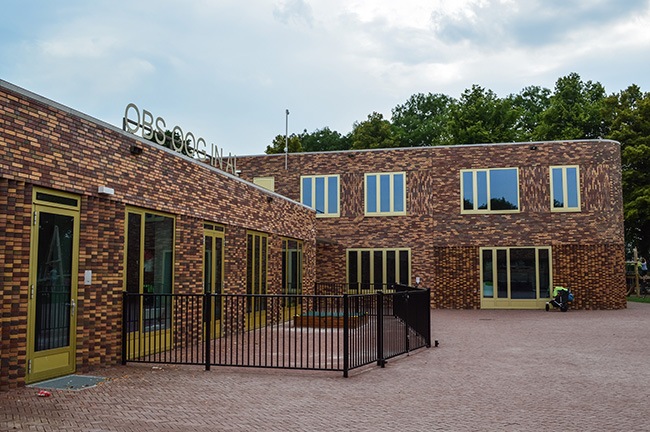 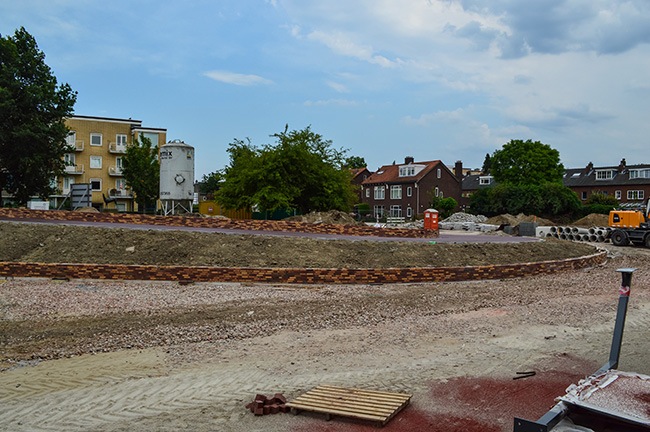 At first glance, the area appeared to be nothing more that a nearly completed construction project, just waiting for finishing touches on the landscaping. But as we looked closer, we realized that not only was this a school, but it was also part of a larger design of a bicycle bridge being built to cross the Amsterdam-Rhine Canal. 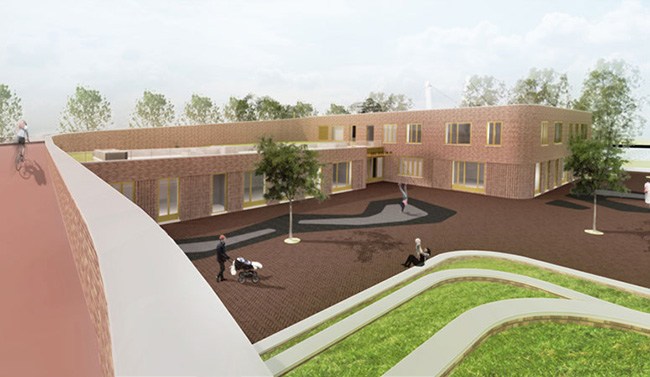 The school itself sits at the foot of a busy cycling route, where those on bikes currently have to divert north or south some distance before being able to cross over to the growing area of Leidsche Rijn on the west bank of the canal.

The City of Utrecht, recognizing the need for a more convenient crossing to connect Leidsche Rijn to the Oog in Al neighbourhood to the east, therefore proposed something unique – merging the school with the bridge, and creating a very literal multi-use building. 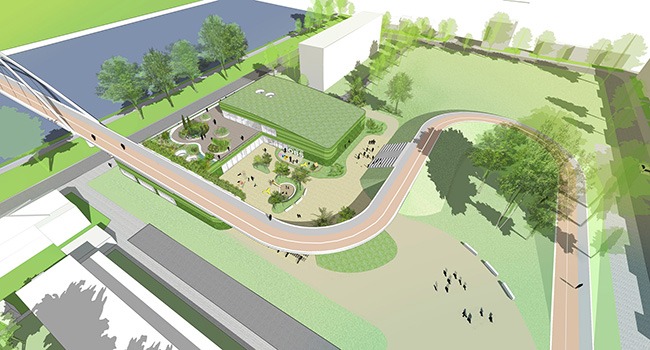 Upon completion of the project later this year, cyclists will pedal towards the school, and then ascend a bicycle ramp built into the roof design before crossing the prefabricated bridge. Unlike its counterparts along the canal, this bridge will be exclusively for bicycles, allowing a continuous, safe journey across and connecting to existing cycling routes on the other side.

This school and bicycle bridge design strikes us – and I’m sure most others – as truly one-of-a-kind, and an unlikely reality in most other places. However, the practicality of it makes sense. Instead of diverting bicycle traffic, making it less convenient, the City of Utrecht has found a solution that not only provided a neighbourhood with a revitalized school building to replace the former obsolete one, but also a pragmatic way for its citizens to get from point A to B as it continues to grow.

We can only imagine how the environment will affect its users as well. Imagine heading off to work, and getting to pass hundreds of happy, playing children, brightening the start to your day. Or the convenience for parents in the neighbourhood that may have formerly had to travel great distances before or after pick-up and drop-off from school. Perhaps they can even wave to their child as the ride up and away – one last smile to take with them through their day.

The OBS Montessori School and bicycle bridge has been just another in a myriad of sweet surprises on our #CyclingAbroad journey, and one that will hopefully inspire others to think outside the box and create something special. 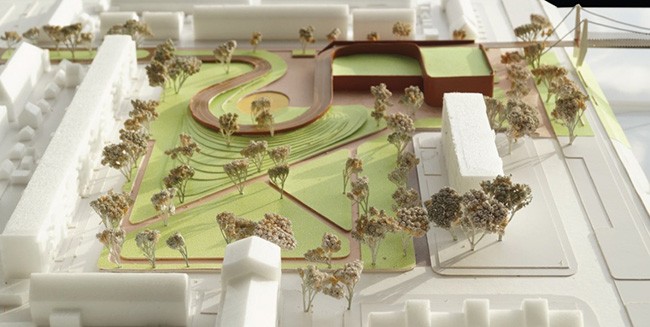 #CyclingAbroad’s next stop: Groningen, where an astonishing 60% of all trips in the city are now made by bicycle, giving it the well-deserved title of “The World’s Cycling City”. Follow our travels on Facebook, Twitter, and Instagram.