The PuSh International Performing Arts Festival, one of Vancouver’s signature events, begins on January 14 and brings you groundbreaking work in live performing arts over three weeks.

The Festival expands the horizons of Vancouver artists and audiences with work that is visionary, genre-bending, multi-disciplined, startling and original. It also showcases acclaimed international, Canadian and local artists and mixes them together with an alchemy that inspires, rejuvenates artists, stimulates the industry and forges productive relationships around the globe.

As media partners of the festival, we’re giving away tickets to these three shows! 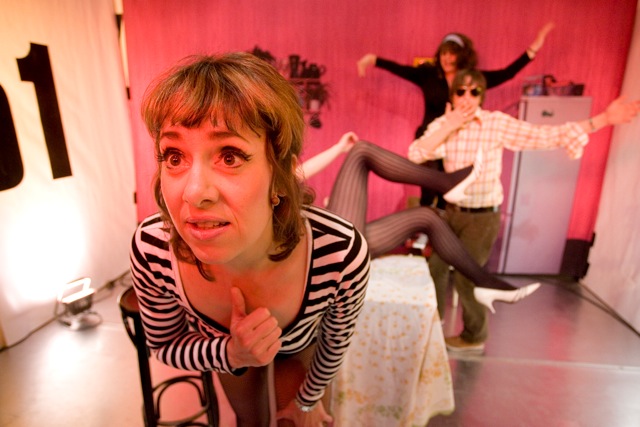 It’s 1965: pop, subculture, superstars, feminism, drugs, bright lights and sex. Gob Squad’s Kitchen travels back to the underground cinemas of New York City and playfully deploys an arsenal of live video and performance techniques to celebrate the culture-bending heyday of Andy Warhol’s Factory. The Edie Sedgwick vehicleKitchen is the starting point: the original film, directed by the era’s reigning King of Pop, encapsulates the hedonistic, experimental energy of the Swinging ’60s. As Sedgwick said, “I live my part too—only I can’t figure out what my part is in this movie.”

Now Gob Squad has set the task of reconstructing Kitchen as a theatrical experience. Live recreations of scenes from the original film—acted out on bare-bones sets and viewed as black and white projections—are spliced with other Warhol celluloid adventures to evoke an elusive, mythic time and place. How did people dance in 1965? What did they talk about? Had feminism happened, or yet to begin? Gob Squad’s Kitchen is a journey back in time and back to the future again: a quest for the original, the authentic, the here and now, the real me, the real you, the hidden depths beneath the shiny surfaces of modern life.

Gob Squad’s Kitchen is one of the company’s most widely toured shows, having been performed well over 100 times throughout Europe and beyond. Gob Squad Arts Collective, a group of seven artists, has been devising, directing and performing since 1994, working where theatre meets art, media and real life. 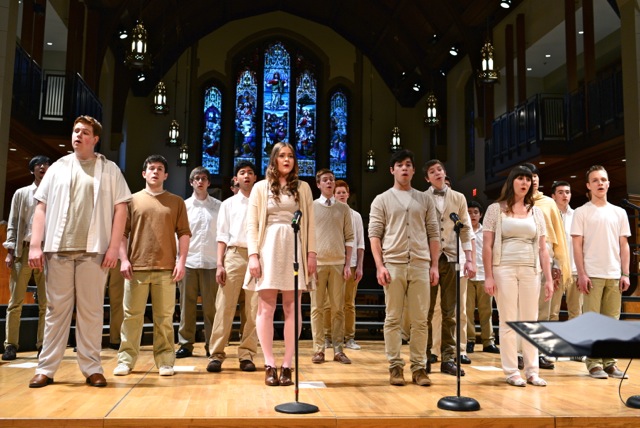 Not your average youth choir, Coastal Sound Youth Choir takes a creative and unique approach to choral music. With members ages 15 to 22, the group was the 2013 winner and 2011 finalist in the National Competition for Amateur Choirs, the 2011 and 2012 Most Outstanding Choir at the National Music Festival, and represented Canada at the 2013 Chorus America Conference. For their performance at Club PuSh, they perform with ultra-hip Woodpigeon (a.k.a. Calgarian Mark Andrew Hamilton), who the Edmonton Journal has praised for his “heart melting melodies… that will swell you with warmth and with love.” The choir and Woodpigeon will perform a mix of indie rock, classical, avant-garde choral music, and a joint set of original Woodpigeon songs.

Duets for One / Myths & Infrastructure 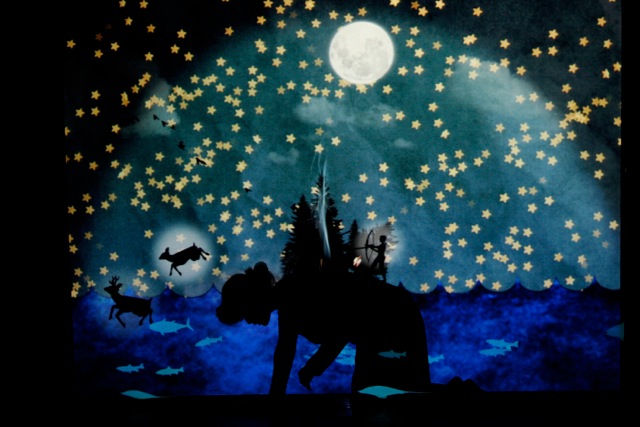 Vancouver multi-disciplinary performer Tanya Marquardt moved to new York City three years ago to be alone and write Stray, her memoir about her years as a teen runaway. Created with co-performer Tim Carlson and director Mallory Catlett, Duets for One adapts scenes from Stray into a cabaret-style montage-alogue, integrating the influence of New York underground culture with the duet song form.

In Myth and Infrastructure, L.A.’s Miwa Matreyek steps behind the video screen to enter as a shadow into a world of her own animation. Traversing oceanscapes and cityscapes, she discovers magical worlds conjured with her fingertips. Matreyek’s performance is a cinematic experience produced by multiple layers of animations and her own body, rhythmically building a narrative. Her work explores how animation transforms when it is combined with body and space (and vice versa) at the intersection of film and theatre, illusion and construction.

Contest ends Wednesday, January 15 at 4 p.m. One winner will be drawn at random.