Jordan Tannahill is the ‘Curator in Residence’ for the upcoming PuSh Festival 2016. Vancity Buzz talked to him about his role with the PuSh, his work and his piece, Declarations, in collaboration with fifteen Vancouver artists for the festival.

Tell us a bit about yourself as an artist.

I consider myself a multidisciplinary artist who works in performance and in film. I work as a playwright, theatre director, and filmmaker in sort of traditional theatre settings, network shows, film festivals and in galleries. I also run a space called Videofag that is run out of my home that I share with my ex-boyfriend, William Ellis. It’s an old barbershop that we renovated into a multidiscipinary art space that we curated as well. We live in the back of the space and the front room where the barber shop was is sort of a gallery space that we do screenings in,  present dance pieces, theatre pieces, that sort of thing. It’s a very flexible space. We wanted to create kind of a lab space where artists can experiment and try new ideas, fail, go back and re-work things and fail a bit better.

A lot of new works that we’ve seen here at Videofag have gone on to be produced elsewhere. This includes two shows coming to the PuSh Festival this year, one of the pieces is called Let’s not beat each other to death by Stuart Legere which will be at Club PuSh. He initially created that piece in residence here at Videofag. We often gift artists residency space, sometimes a few weeks or even a month. We were also the first host of The Queer Songbook Orchestra. We crammed the entire ensemble into our tiny little home. It was quite intense to have a nine piece band of singers and musicians crammed in. That was a great project that is also coming to Club PuSh this year. 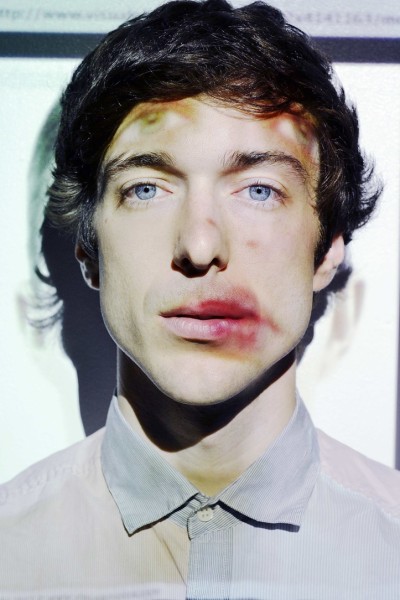 What does your position of ‘curator in residence’ entail?

It’s something we’re devising for the first time this year. It’s fun to make up a position, in a sense, and really what the parameters of the position are. This year, I’m coming to observe the festival, to see shows and meet artists,  and to respond to the work that I see. I’ll be writing two essays both leading up to the festival that will be published online. There will also be a panel discussion about the book that I wrote called Theatre of the Unimpressed: In search of Vital Drama.

I’m going to be presenting a performance at Club PuSh on the final night of Club PuSh called Declarations. That will be my contribution to that space this year and then next year I’ll be curating a majority of the pieces in the space. There was some desire to spark a kind of dialogue between what’s happening here in Toronto in the storefront theatre scene that’s popped up these last couple of years. We’re trying to forge a bridge between Vancouver and Toronto. We want to bring a network of artists that we’ve cultivated through Videofag and inspire some conversation with the Vancouver scene.

What is an interdisciplinary artist mean to you?

It’s someone who goes between or works in multiple mediums. A multidisciplinary artist is an artist that works in multiple mediums, while an interdisciplinary artist is about the combination of different disciplines in single works of art. An example of this would be my piece, Post-Eden. We shot a feature length film with actors who then perform these characters live onstage as the film is projected behind them. They perform the dialogue. There’s a sort of blurring of the lines between disciplines while placing disciplines in conversation with one another.

I went to film school, here at Ryerson University  in Toronto, although I work primarily in performance, normally in theatre and also in the multimedia capacity. I find different disciplines do different things more effectively and in some ways, why not have your cake and eat it too? Take the best parts of different worlds and mash them together. 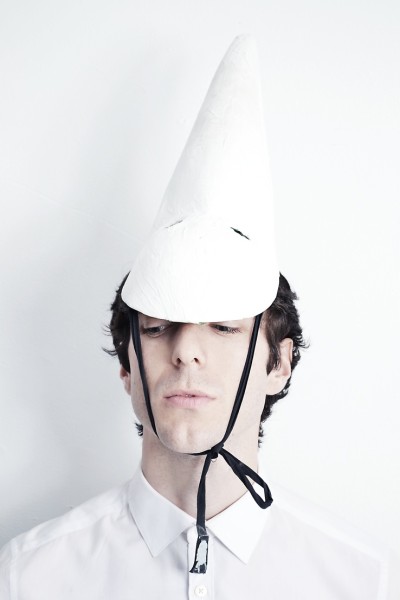 Tell us about your show, Declarations, that will be featured at Club PuSh this year in collaboration with fifteen resident Vancouver artists.

That piece is going to have me collaborate with fifteen residents of Vancouver. Hopefully from different cross-sections of the city. I’m still in the process of meeting the individuals and finalizing  who they are. Then I’m going to ask them to send me an e-mail with fifteen statements, about themselves, about the world, or about art, that they believe to be true. There will probably be close to thirty before we whittle it down to ten. The statements will then be incorporated into the performance for the final night at Club PuSh.

The performers will be dispersed throughout the crowd and at some juncture, they’ll begin to declare these various statements until they take over the party. There will be a kind of cacophony of voices that will continue to be heard or will often work together to be heard. It’s really a simple score for the individuals or the team of individuals. We don’t want to stop the party, and have everyone have turns on the stage, but have a performance that develops alongside the party, so, in some ways it’s kind of immersive.

What do you think makes PuSh different than other festivals across Canada?

I think it’s the pre-eminent performing festival in English Canada in terms of the breadth of work they show. The new work that’s coming from Canada tends to be more conceptual and innovative and certainly what they’re bringing from elsewhere is always provocative, rigorous and telling. The strength of the programming is what really makes it stand out. I think also that PuSh has been a real catalyst for developing the Vancouver theatre scene. So many companies like Boca del Lupo, The Chop, The Replacement really came of age with PuSh as a station where they could develop their voices in conversation with the best artists from around the world. In that way, it’s quite unique, in that it’s really played a key role in developing the Vancouver scene in a way that I don’t think other festivals do.

To learn more about Tannahill’s work, you can look at his artist profile or buy tickets to his upcoming production, Declarations, featured at the PuSh Festival 2016.