Challenged by a fire last year at their brand-new Whistler cafe, Purebread bakery is planning to rise again with a location in Gastown, and they’ve launched a crowdfunding campaign to help them make it happen.

If you’ve ever encountered the Purebread bakery stand at a farmers’ market in Metro Vancouver, you may have seen people lined up to buy their delicious breads and pastries. Their tantalizing baked goods are worth the wait, and for Vancouverites bidding farewell to the summer market season, hopefully it won’t be much longer until Purebread gets up and running in their new Gastown cafe.

Purebread’s Paula Lamming told Vancity Buzz they have secured a spot at 159 West Hastings at Cambie, in the same building as Meat & Bread. They’ll have a full serve bakery there, and will have Stumptown Coffee brewing, too.

Since the fire in November that took their Whistler shop out of commission, Lamming and her husband Mark explain on their Kickstarter page they’ve been able to keep their staff busy since the fire, first through a six-month temporary Whistler location, then through a summer of markets and events.

“Our summer has been great, we have such great support, we love the markets, it is the best thing about summer for us,” Lamming elaborates via e-mail.

As summer gives way to fall, the plan is to get their Vancouver location open by October 21. 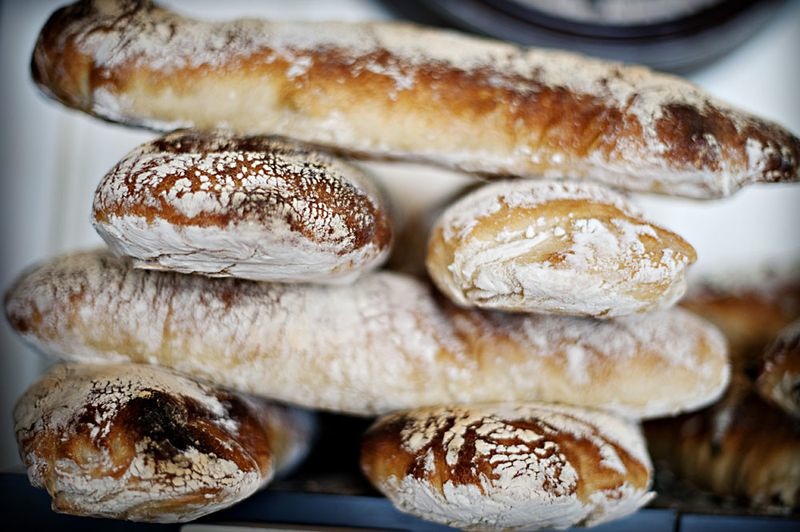 Purbread’s Kickstarter includes some tasty perks for those who are able to pitch in a few bucks (or more). Pledges to the campaign all include something to nibble on from their amazing menu of breads and treats, like their Sour Cherry Chocolate bread, almond croissant, brownies and blondies, or vegan cookies (we are very partial to their apricot vanilla scone). The goal is to raise $50,000 of their $200,000 starting cost for their Vancouver shop.

In the meantime, things are at a somewhat inexplicable standstill when it comes to their Whistler shop. Lamming jokes they are learning a lot about insurance in the process, but so far nothing has happened to get them towards re-opening in that space. “I am not really sure why it is taking so long, it is very frustrating as our hands are tied,” adds Lamming.

Purebread seems to have both tenacity and making baked goods nailed. Besides, as the Lammings note on their fundraiser page: “Challenges do not phase us.”

Hopefully the zeitgeist of a Kickstarter campaign will help Purebread make good on a longstanding goal. “We were always hoping to open a Vancouver location so that we could serve our Vancouver customers year round,” Lamming says. “The fire really through us back financially and so the idea of being able to reward customers with our baking in exchange for their support seemed a fun way to try and raise funds. A bit of a win win.”