Dogs are considered a part of many Vancouver families, so it’s not surprising that many couples are opting to include their furry friend in their big day.

From including dogs in family photos to four-legged ring-bearers, Vancouver wedding planners say they’re seeing a big spike in canine-inclusion for nuptials in the City of Glass. And while we’re not exactly in the middle of wedding season, many Vancouverites are furiously planning their 2015 “I do’s”.

Geneve McNally, co-founder and principal planner at DreamGroup Productions, says she’s actually seen brides use their dogs as a bridal bouquet.  One of her clients carried her Bichon Frise down the aisle, wearing a gorgeous floral collar, naturally.

“I think for many couples their pets are their babies and it’s a given that they be involved. For others it’s possibly to up the cute quotient,” McNally told Vancity Buzz. 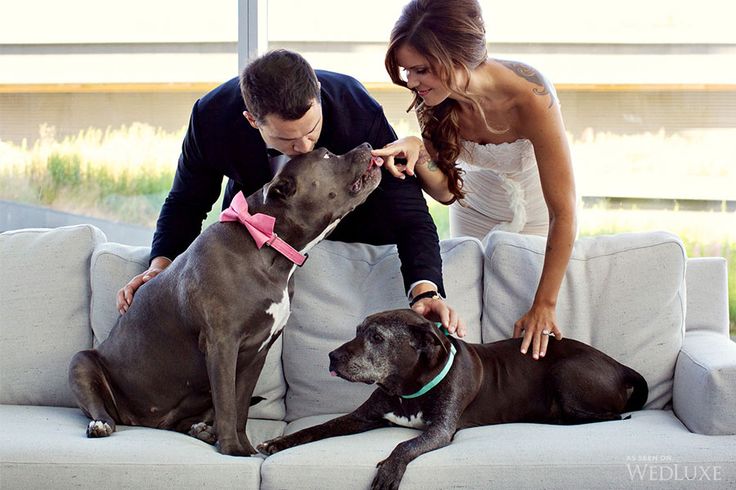 Vanessa and Scott on their big day (Photographer: Jonetsu)

As for how Fido is incorporated into the wedding, that’s a decision that’s as individual as the couple.

McNally has seen couples include their dog in their getting ready/pre-wedding photos or wedding party photos, or as ring-bearer.

For weddings held in tents outside, the pups may simply be lounging under the head table at the couple’s feet.

Owner of Epic Events, Briar Johnston, says even if the dogs can’t be physically present at the reception, owners will go out of their way to build time into their photo schedule to include them.

Others forgo entrenched traditions in order to support animals.  Johnston’s clients Jen and Mike, who included their rescue dog in their wedding, changed up the “clinking glasses for a kiss” for donations to the BC SPCA.

“If someone made a donation they would kiss. It was very thoughtful,” she said. 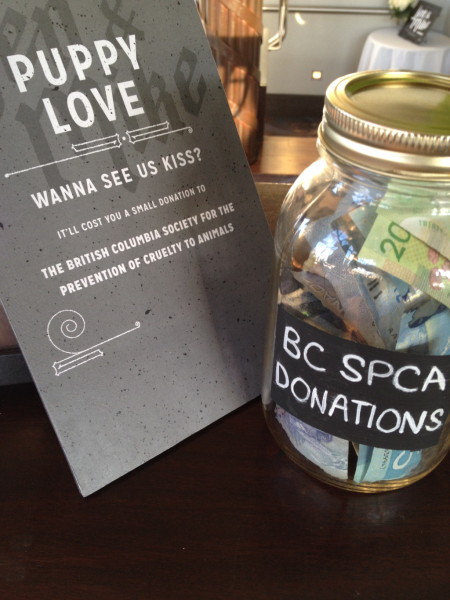 Jen and Mike kissed every time someone made a donation to the SPCA. (Photo courtesy Whitney Lane Photography/Epic Events)

She attributes the rise in dog inclusion to the makeup of the modern Vancouver family.

“Now that so many couples are living together prior to their wedding, they have their little family started, which of course included their ‘fur-baby.’  It is often very important for their dogs to be included in the wedding day, or at least the photos,” she told Vancity Buzz. 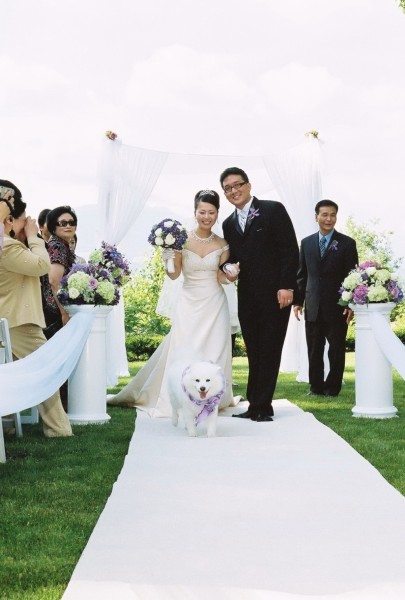 Planners agree the biggest hurdle to including your dog is the restrictions at individual venues.

Typically restaurants and hotels can’t accommodate the request because of city bylaws that stipulate dogs can’t be present anywhere that food is served.

Some couples will circumvent this by holding their wedding outside, as a backyard or tented reception.

To avoid disappointment, McNally says couples should be clear about their wish to include their pet from the moment they start the planning process, and especially when they’re inquiring about venues. 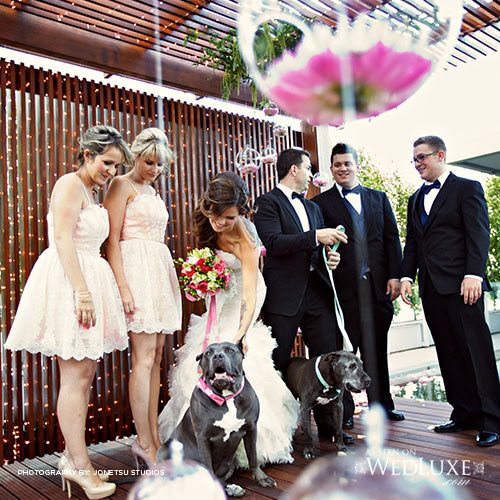 Vanessa and Scott on their big day (Photographer: Jonetsu)

One major consideration with planning is who will physically take care of the dog.  While the ceremony may only last 20 minutes, the festivities will carry on until the wee hours – and it’s best to designate someone to be on call to deal with anything dog-related.

“Even having a professional dog sitter on hand to take the dog for walks and eventually home is a great plan,” said McNally.

Another big component is knowing your dog’s limitations, and being honest about their behavior.  You want your dog to be a positive addition to your wedding ceremony, says Johnston.

“You want to make sure that the dog does not become a distraction to the guests and that the focus can remain on your ceremony and vows,” she said, adding that it’s best to assign a responsible family member for walking duties.

Will your dog bark or wander around during the ceremony, or get anxious with all of the commotion?

“If you have a nervous or yappy dog that is going to whine and cry and be upset by loud clapping and cheering then it’s perhaps best to involve them in the photos only and save them the crowd stress,” says McNally. 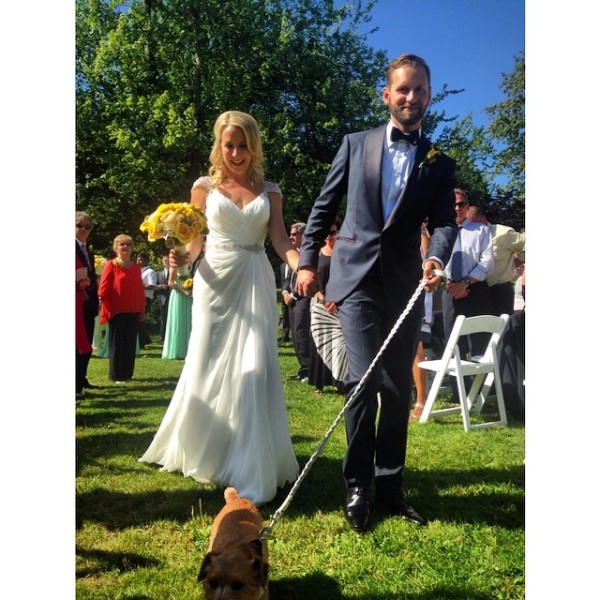 Yours truly and my hubby and our dog Murphy in our summer wedding.

Finally, just make sure that the plan works for everyone.  Anyone who has been a wedding party member or gotten married knows that there are a million balls to juggle on the big day, and having to deal with doggie transportation and care may not be something you want to take on.

But despite the potential headaches, Johnston says she totally gets why engaged couples want to include their dog.

“My dog is a part of my family. And before kids, our dog was our baby. Not to mention, the photos are ridiculously adorable.”

What do you think: Should dogs be included in weddings?  Tweet me to let me know what you think, or share the photos of your dog-friendly wedding. 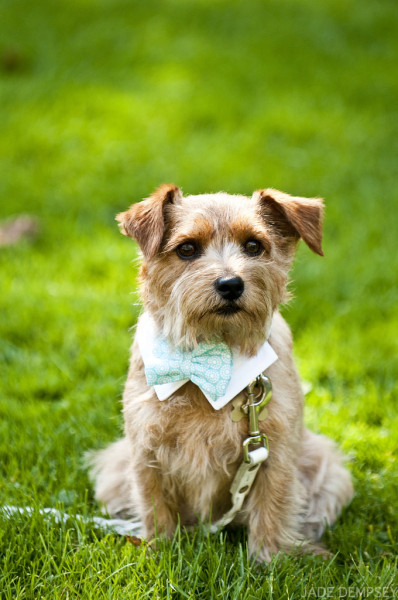