That’s right, it’s October and along with the cooler weather comes the barrage of pumpkin flavoured beverages. Practically every brewery will have some form pumpkin ale available, so here are the five we recommend (in no particular order) 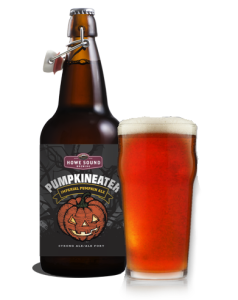 At 8%, this is a high gravity pumpkin ale brewed with barley, fresh roasted pumpkin, hops, cloves, cinnamon, nutmeg, star anise, water and yeast. It is one of the local seasonal favourites and has won several awards in both the Canadian and North American Beer Awards. 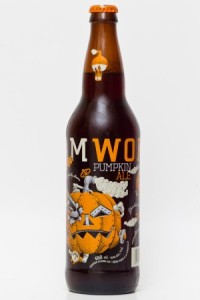 Phillips gets two mentions on this list as the Crooked Tooth combines fresh pumpkin, ginger, cinnamon and nutmeg with a full-bodied ale. The Crookeder Tooth takes the ale to another level by barrel aging in whiskey barrels. The result is a slightly sweet, gently spiced brew that blends fresh pumpkin flavours with soft velvet vanilla.

Most breweries are making pumpkin seasonals as an dark or medium bodied ale; Tree Brewing saw an opportunity to get a little crazy and instead pair pumpkin with an IPA. The result, a unique brew that displays classic aromas and flavours of citrus and grapefruit that marry seamlessly with the flavours from real pumpkins used in the mash.

And to round it off, if you’re over all that pumpkin spice, Dead Frog has a fresh alternative. A mouthful to say, the Weeping Reaper Blood Orange Helles Bock takes hints of blood orange to create a warm golden lager with a splash of citrus and slight caress of fruity hop flavour and aroma.