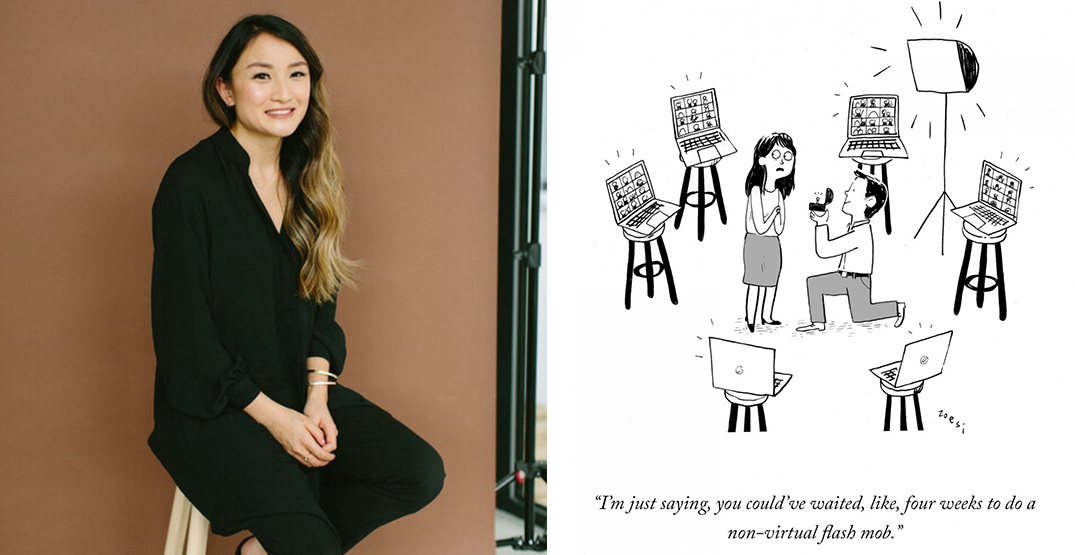 While Zoe Si attended law school at the University of British Columbia (UBC) in 2010, she made a point to draw one thing every day for a year.

The Vancouverite has been drawing cartoons since she was little, but had no clue how to make a living as an artist. So, she prioritized getting a higher education, as expected by her Chinese immigrant parents, and fulfilling her goal to be financially independent while continuing to draw on the side for herself.

“I’ve always loved drawing,” Si told Daily Hive. “It was like a pipe dream when I was a kid to become a children’s book illustrator or a cartoonist.”

Fast forward to May 2022, and Si has been named one of three finalists for the Pulitzer Prize for illustrated reporting and commentary.

Her gag cartoons for The New Yorker, which are single-panel cartoons that usually include a caption beneath the drawing, received a Pulitzer nomination for its “inclusive representation and sharply observed punchlines to capture political realities and daily life during the pandemic, inviting reflection and empathy.” 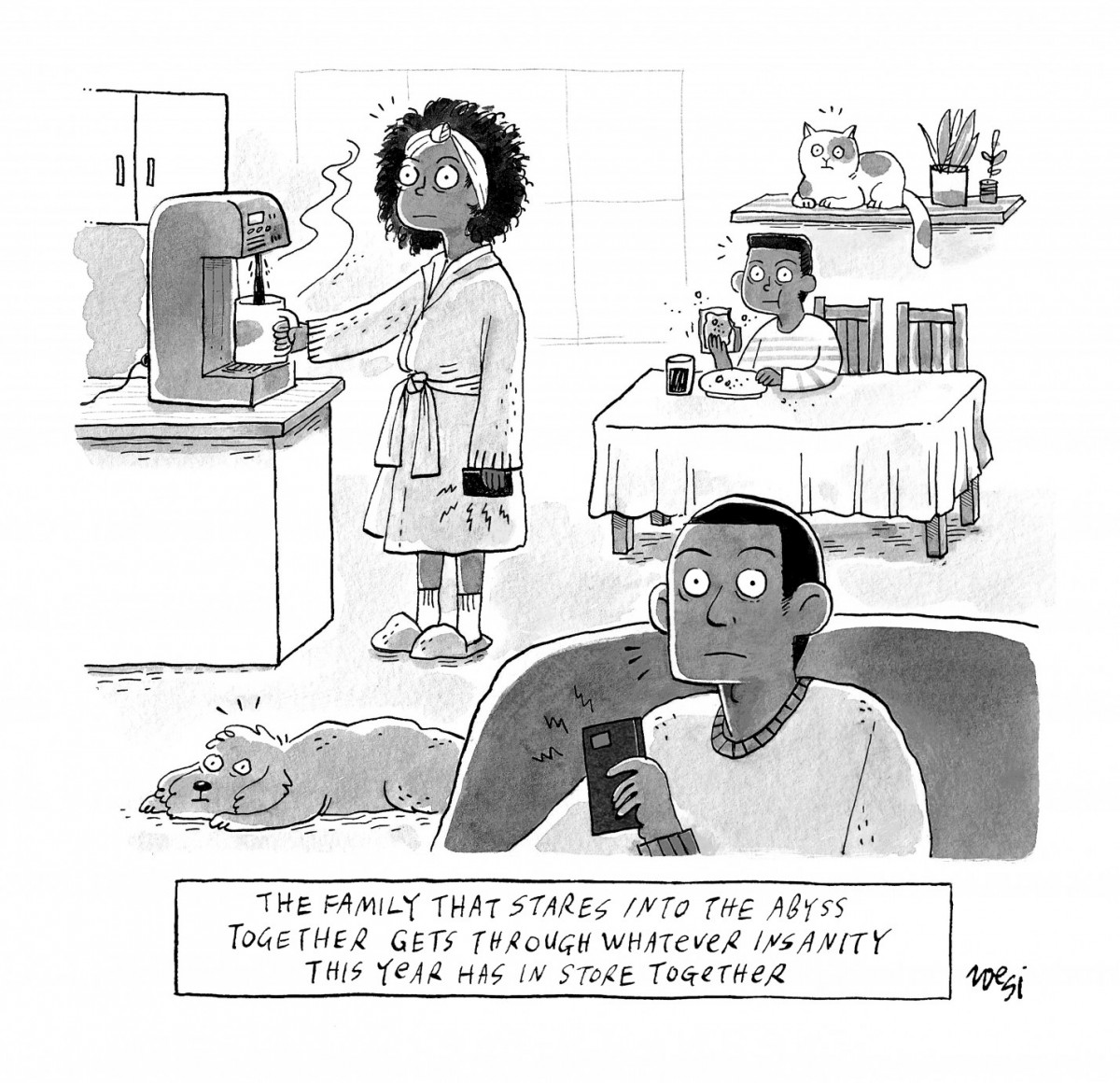 The Pulitzer is one of the most prestigious awards a journalist, artist or musician can receive, let alone be nominated for.

“In 2020, me and my husband were obsessed with Hamilton,” she said. “When I think of that, you know, someone who writes this completely earth-shattering musical versus me drawing cartoons in my pyjamas…it’s very humbling.”

How she got here

Despite her modesty, Si has the work to show for her Pulitzer prize nomination.

While the one-drawing-a-day project was just so she could “create the habit of creativity,” it quickly grew an online following. She started posting illustrations on Tumblr and migrated her social media presence to Instagram, where she currently posts her drawings.

She soon caught the attention of an editor at the book publisher Penguin Random House who offered Si a children’s book illustration deal in 2016. That’s when she started illustrating professionally while maintaining her full-time job as a lawyer.

Si only began drawing gag cartoons until around 2015, when she became a contributor at the now-defunct satirical indie magazine The Syrup Trap, which was based in Vancouver.

“That’s where I learned that you could submit to The New Yorker, and this is the place where you still can publish cartoons,” she explained. “Print media is declining, but I think The New Yorker is… the one place people go to read their cartoons alongside serious articles.”

After years of submitting cartoons to the renowned publication, Si became a regular contributor in 2019. Her illustrations made such an impression on New Yorker editors that they submitted her cartoons for consideration for a Pulitzer Prize.

The prize board announced the winners and finalists on a livestream, and when Si’s name showed up, she was in disbelief.

“I’ve only been doing this for a couple of years, and I was expecting this to happen, maybe, in like 20 to 30 years,” Si said with a laugh.

In fact, last year, Si tweeted after the Pulitzer announced no prizes for editorial cartooning.

“Better luck next year ;),” she wrote, including an illustration of Rudy Giuliani and the infamous fly incident.

how it started ➡️ how it’s going lol pic.twitter.com/5NGpcnmM4L

Whether she manifested the nomination or not, it’s no surprise that Si’s cartoons struck a chord with the prize board.

One of Si’s favourite cartoons she’s drawn sharply illustrates all of the emotions that came with Texas’ abortion ban last December, seen as a major blow to Roe v. Wade. 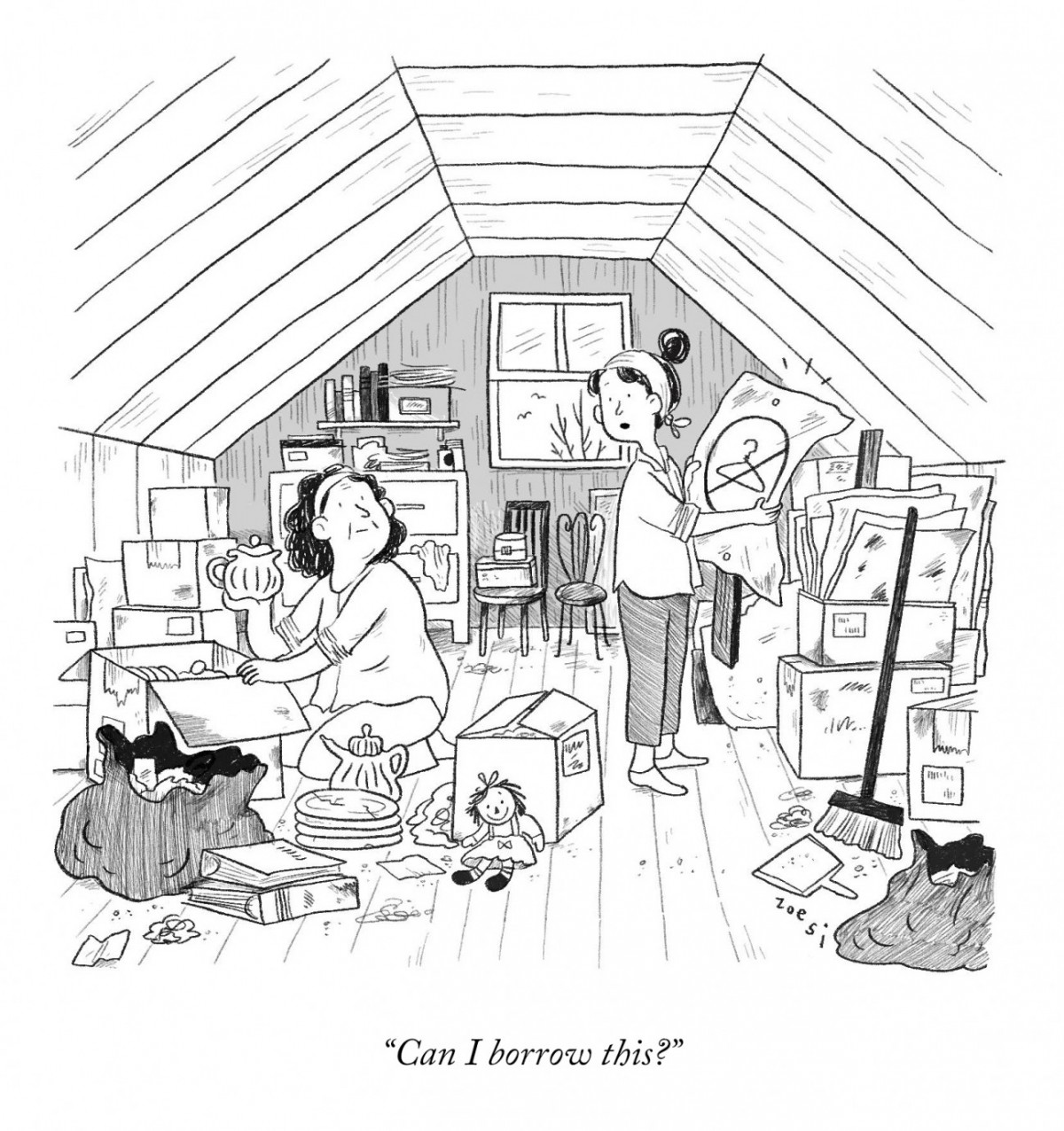 “I really liked that because it was just such a very cathartic moment,” she said. “The day that they announced [the ban], I was fighting with people on the internet all day about abortion rights, and it was just like such a grim kind of sad time.”

Si says she doesn’t like drawing politicians, preferring to illustrate how the average person would react to news.

“Oof this one hurts in a good way, thank you,” one follower commented on an Instagram post of this cartoon.

The cartoonist says she feels grateful to be able to produce this kind of work.

“I get to process my emotions in this very public way, and it really seems to resonate with people and help people say something when they don’t have words,” said Si.

What’s next for Si?

In June, Si releases the third instalment of the Teeny Houdini book series, which follows a young Asian American girl who’s the smallest in her class and compensates for her lack of height with magic tricks.

“I get to illustrate her family and get to draw them eating Chinese food and stuff like that,” she said.”I really like creating stuff that normalizes like people of colour in everyday life.”

Besides that, she continues to contribute to The New Yorker, so grab a magazine if you want to see her work IRL!