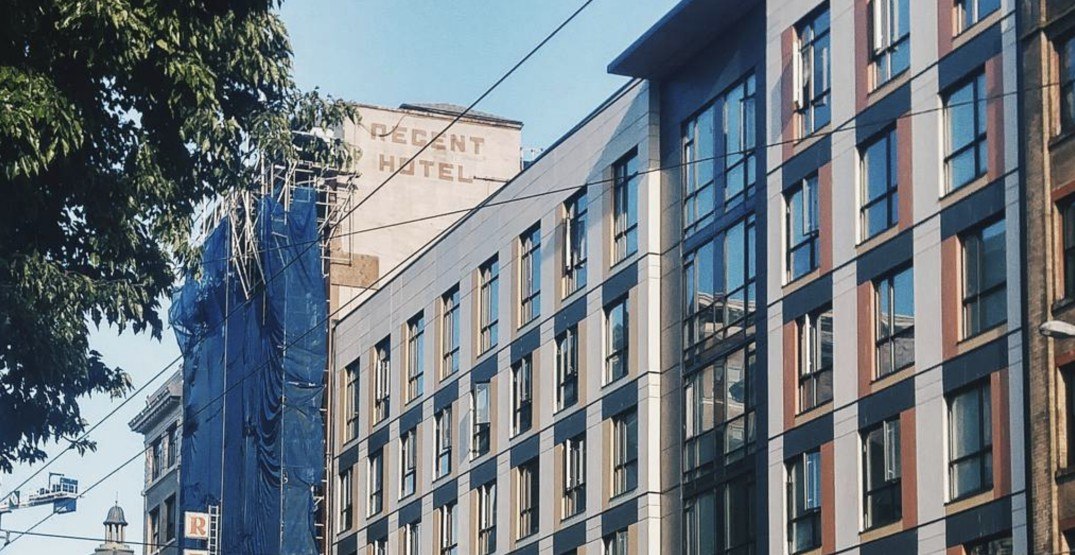 The City of Vancouver and the provincial government announced that the derelict Regent Hotel SRO will be shutting down.

The city’s chief building official determined that due to “decades of under-investment and mismanagement by the building owners, the structural and life-safety deficiencies at the Regent Hotel, 160 E Hastings St., constitute an unsafe condition.”

An order was issued on June 20 ordering all the occupancy of Regent cease as of June 29.

The Regent Hotel, which is owned by the Sahota Family, has more than 400 bylaw violations for prosecution. The charges are currently making their way through the courts.

“After many years of deplorable negligence by the owners of the Regent Hotel, the city and province must intervene for the safety and well-being of tenants,” said Vancouver Mayor Gregor Robertson, in a statement.

“The city’s frequent safety inspections at the Regent resulted in over 1,000 outstanding bylaw violations, of which 445 were referred to prosecution. In the coming days and weeks, city staff will work closely with BC Housing, Vancouver Coastal Health, Atira, and RainCity to support people moving out of the Regent and into their new, safe homes at the Jubilee Rooms.”

The hotel’s tenants are being relocated from the building to two new residence located on Main Street, called the Jubilee Rooms. The buildings were purchased for $12.5 million.