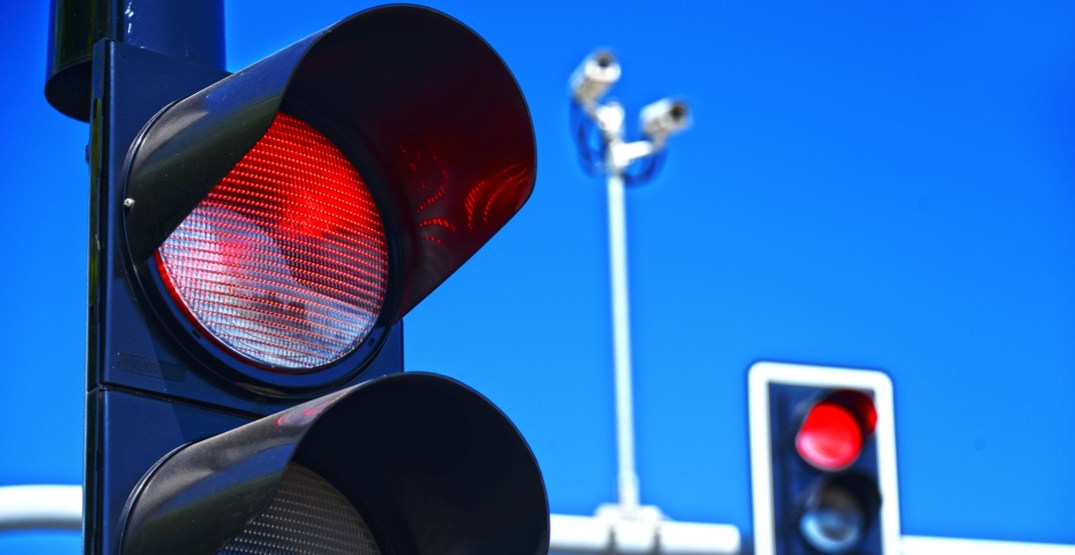 While red light cameras at BC intersections are meant to deter unsafe driving, an average of 84 crashes still happen at each of these sites every year, with speed being the top cause.

Now, the provincial government has announced it is upgrading the existing red-light camera program to “identify and ticket” excessively speeding vehicles.

The plan is “about slowing down the fastest drivers at intersections where we know that speed is a factor in causing accidents,” said Minister of Public Safety Mike Farnworth.

In the coming months, analysis of crash and speed data will be used to help the government make decisions about activating speed enforcement cameras. New signs will warn drivers about the upgrades.

This approach, the government said, is more transparent than the provincial photo radar program that ended in 2001. That program used unmarked vans in random locations, issued tickets at low speeding thresholds, and tied up police resources with two officers staffing each van.

With this new method, “the signs will be there to warn you,” said Farnworth. “If you ignore them and put others in danger, you will be ticketed.”

Four other provinces currently use automated speed enforcement, and it is a common practice internationally.

“Traffic volumes and multi-lane intersections make it difficult for officers to safely pull over speeding drivers at many locations,” said Neil Dubord of the BC Association of Chiefs of Police . “This new enforcement approach, with signs and digital intersection speed cameras, will enhance traditional enforcement and improve officer and public safety.”

Most importantly though, “I think it will reduce the frequency and severity of crashes,” he said.