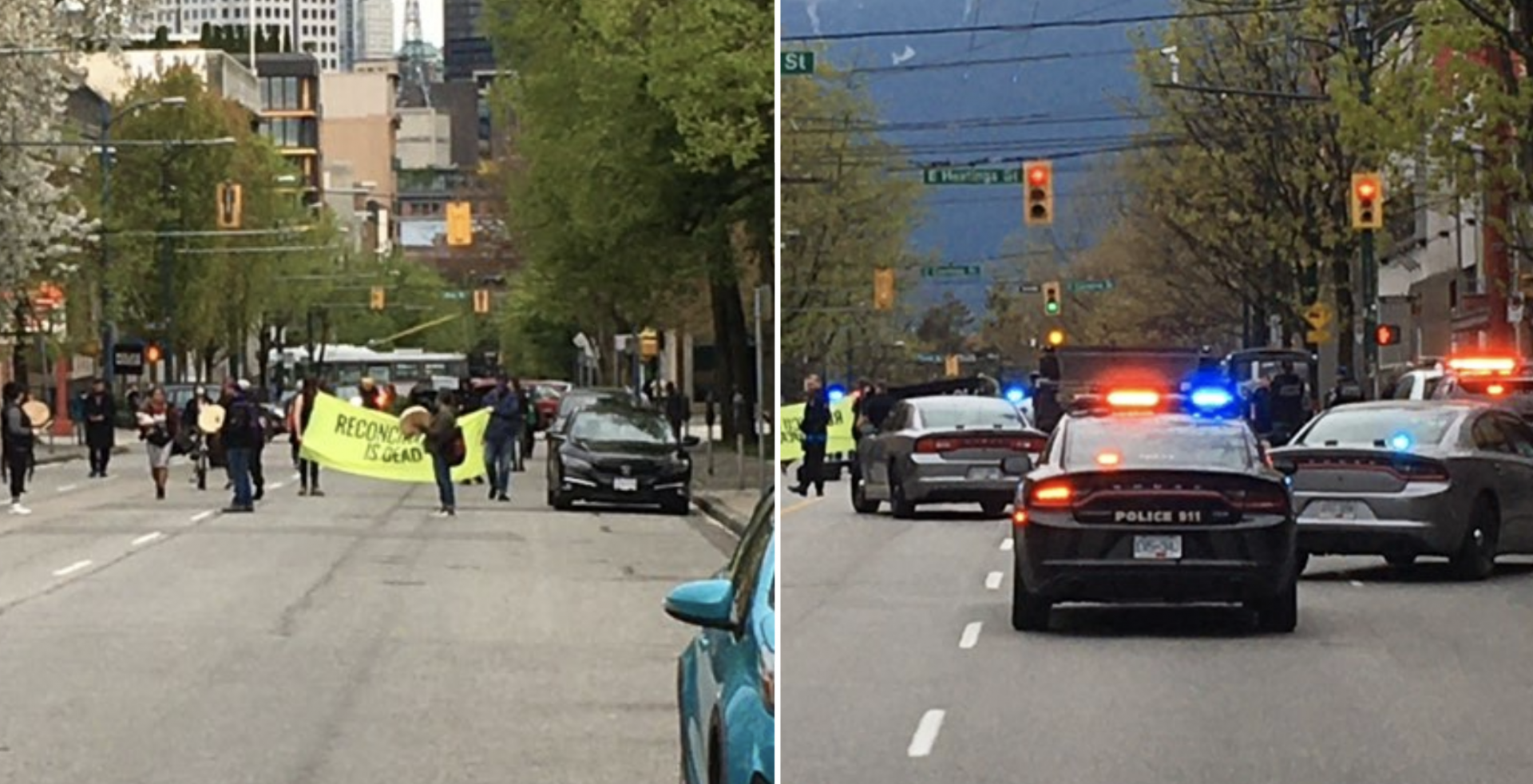 A group of protesters are currently blocking traffic at the intersection of Main and Hastings Street in Vancouver.

According to a tweet from VPD Deputy Chief Howard Chow, police are on scene after receiving reports of  “cars being struck and confrontations with motorists.”

A group taking Main & Hastings. Reports of cars being struck and confrontations with motorists. While dealing with this protest 2 other calls come in, same time & area: man with an axe and a man holding a knife to the throat of another. #anotherbusynight #NuffAlready #StayHome pic.twitter.com/frIjZ0MKF0

Chow went on to add that while dealing with this incident, officers received two other calls regarding a “man with an axe and a man holding a knife to the throat of another” in the same area.

It is not clear what group the protesters are representing, but in the photo posted by Chow, some of the individuals can be seen holding a yellow sign that appears to read “Reconciliation is Dead.”