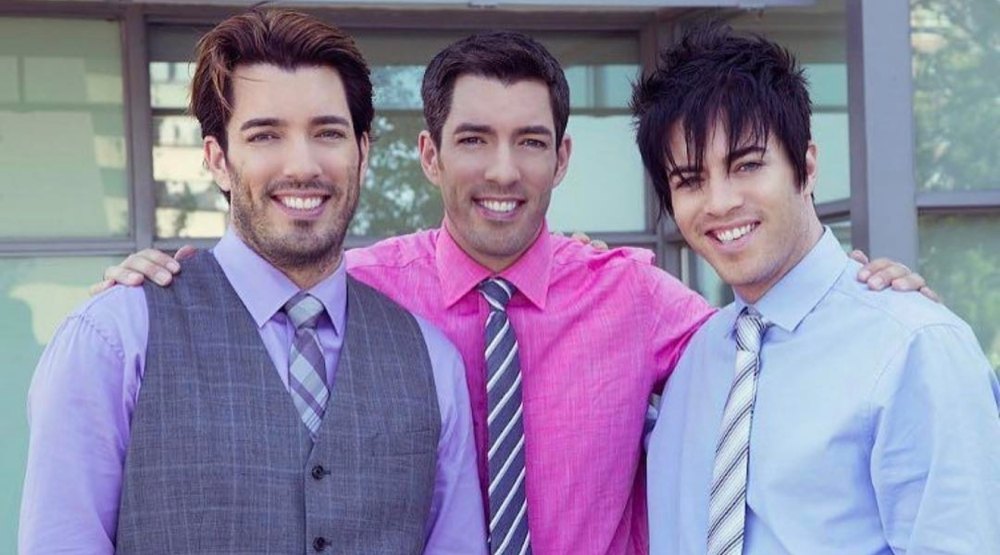 Canadian twins Jonathan and Drew Scott are best known as The Property Brothers, but while the pair might be the stars of their own HGTV series, it’s their other sibling, JD Scott who’s stealing the spotlight this week.

While JD has made cameos on the show before, his existence has come as a shock to recent fans, many of whom may have missed the show’s pre-HGTV days when the first season recorded in Toronto for the W Network.

Perhaps most amusing of all isn’t simply the fact that a third (equally handsome) brother exists, but that JD Scott spent time as an Adam Lambert impersonator and has the emo hair to prove it.

#tbt to one of my favorite projects ever. Off Topic with the Scott Brothers was a weekly radio show I used to host with my brothers. #TalkRadio ❤

I THINK WE ALL RELATE TO THE THIRD PROPERTY BROTHER A LITTLE MORE THAN WE SHOULD pic.twitter.com/mplr8bftZd

Me: *minding my own business*
My brain: hey, remember the third property brother?

the third property brother is an unlockable character

@hamsandcastle @ChrisMuellerPGH *third property brother banging from inside the trunk*

ITS NOTHING LETS GO OVER HERE