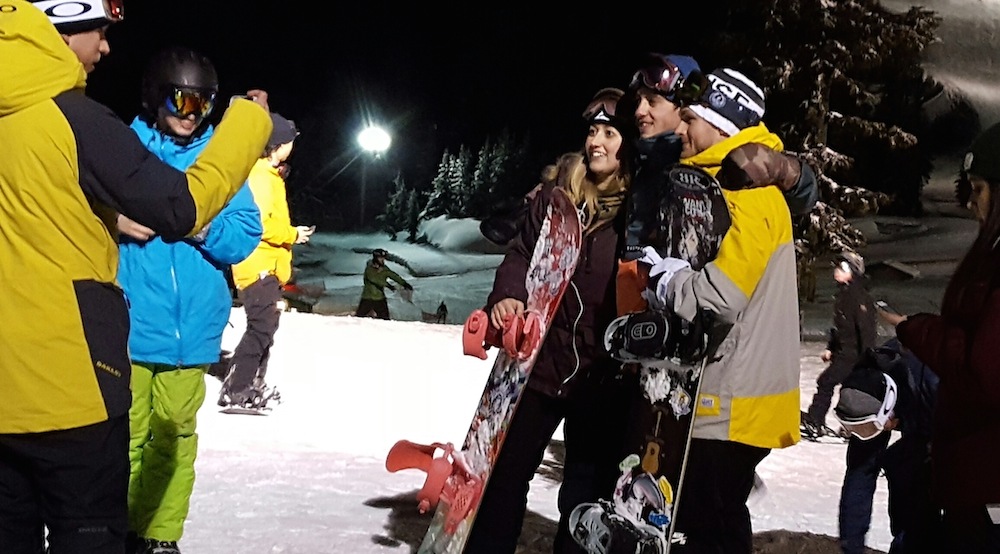 “Do you want a Red Bull?” The woman asks me. She’s wearing a branded backpack cooler and there is another woman handing out Red Bull not far from her.

I’m tempted, but politely decline, as I will need to sleep at some point this evening.

Besides, the fact that I’m here at Grouse Mountain on a clear, crisp, Wednesday evening for a special event is enough to keep me fully awake.

I’m standing outside the day lodge as anticipation builds and the crowd starts to grow.

Everyone has come here for one reason: a unique chance to do a few park laps with pro snowboarders and Red Bull-sponsored athletes Mark McMorris and Sebastien Toutant (otherwise known as Seb Toots).

The Olympians and X-Games gold medallists are up here this week making a new video for Red Bull on a new course they designed themselves.

However, tonight is special as the duo have invited members of the public to join them for a few park laps.

McMorris is the first to show up. He shakes hands, grants photo requests with those in the crowd and chats with others.

“I can’t believe that just happened,” exclaims one snowboarder after a selfie with McMorris.

Another rider is overheard decrying his own photography skills – clearly disappointed with the quality of photo he took.

For his part, McMorris doesn’t seem to be in any rush, and not long after his arrival, Toots shows up.

More hands are shaken and more pictures are taken. Cans of Red Bull are handed out. 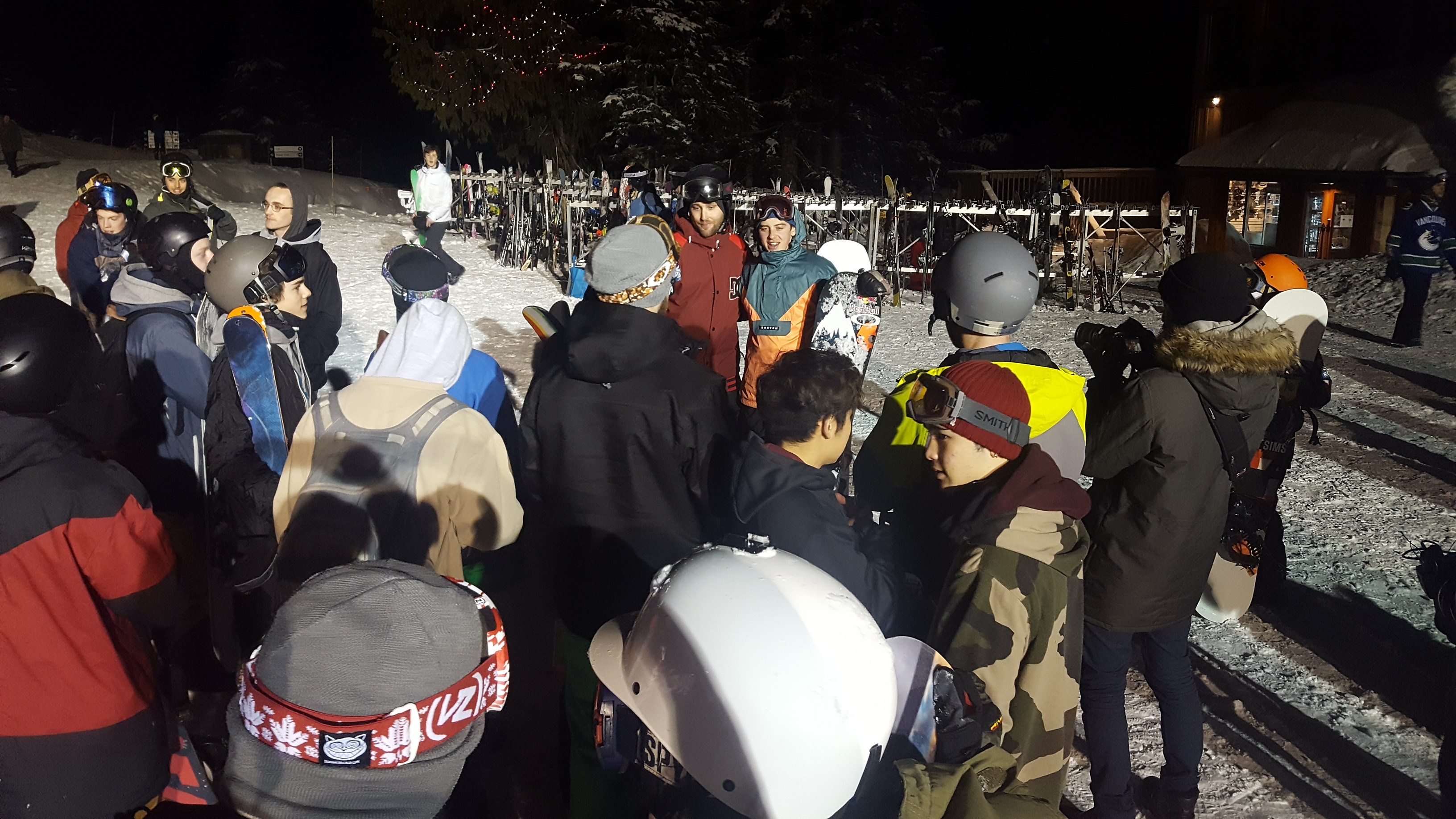 There’s an almost-frantic exodus from the area outside the daylodge, along a run called The Cut and towards the Grouse Park.

The majority of the group are snowboarders, but there is a small collection of skiers to be seen as well – myself included.

No one wastes any time dropping into the park and hating various features on their way down to the the bottom of the Screaming Eagle Chair.

In the lift queue, I get a brief chance to introduce myself to McMorris. He shakes my hand and thanks me for coming. It’s not long before the crowd is on the chair and back at the top of the hill.

Before dropping in for one of the runs, McMorris signs autographs, while Toots offers trick tips: specifically, he’s talking someone through the process for a successful Frontside 180.

Conditions are great and from there, it’s park laps for the next hour and a bit.

Occasionally throughout the evening, riders hit a feature before stopping below it (safely out of the way of course) to watch the pros – and others in the group – hit it. 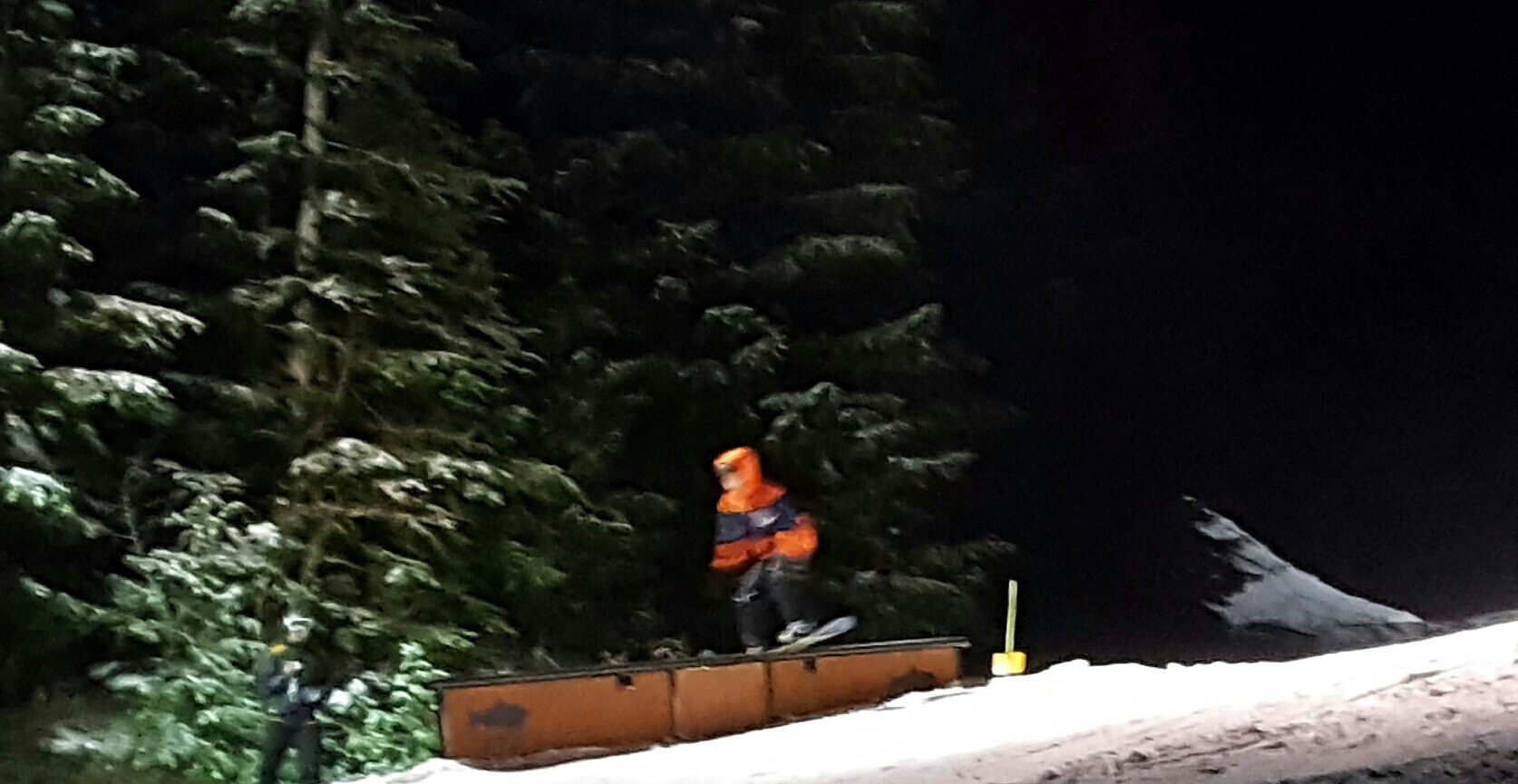 A snowboarder hits a rail feature during the Can I Ride event on Wednesday. (Image: Eric Zimmer / Daily Hive)

Earlier in the day, he tells Daily Hive that “just the idea of having a bunch of riders all together in one park together… It is super fun shredding with all the guys, it’s a really good time.”

Just after  8 pm, the two pro riders and those still remaining convene at that the top of the lift as everyone prepares to part ways. More handshakes and smile are exchanged and pictures are taken.

Toots is asked for one last photo. He obliges.

“You good?” He asks the pair after. They respond that they are.

“Alright,” says Toots as he rides away. “Have a good rest of your season.”

And while there is still a good chunk of the season left, it’s clear by the smiles on the faces of those that came out to ride the park with the pros tonight that this was a definite highlight of it.