Calling all snowboarders! Slopestyle superstars Mark McMorris and Seb Toots are inviting you to ride with them on the slopes at Grouse Mountain tonight.

The Olympians and X-Games gold medallists will be up on Grouse Mountain all week making a new video for Red Bull on a new course they designed themselves.

Afterwards, parts of the new course, described by McMorris as “super cool, super progressive” will be left in place for visitors of Grouse Mountain to enjoy.

McMorris told Daily Hive he got involved in making the video and designing the course because he wanted to share his sport with people.

“We want to get some really amazing footage, have a great time riding, and create a piece that makes people want to snowboard,” said McMorris.

“The levels we’re at can be inspiring for people, but they can also seem unobtainable. Now, people in Vancouver can go ride the same setup after we leave.” 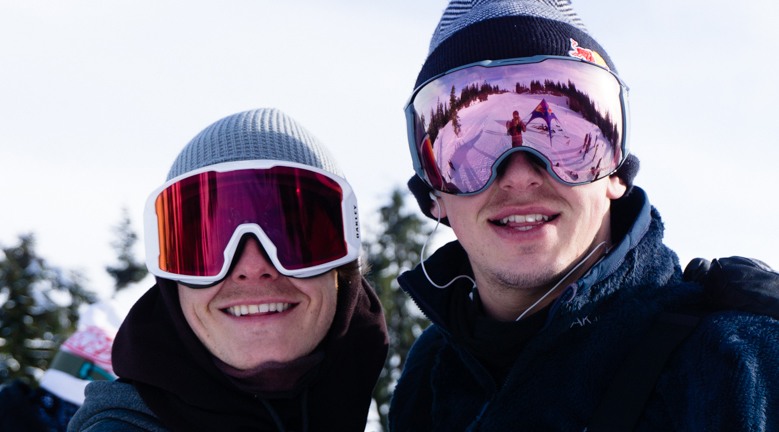 Also filming on the course this week will be a whole roster of international snowboarders, including Craig McMorris, Yuki Kadono, Mikey Ciccarelli, and Tyler Nicholson.

Toots told Daily Hive it had been “really sick” to design a couple of features in the new course and share it with his fellow riders.

“Just the idea of having a bunch of riders all together in one park together… It is super fun shredding with all the guys, it’s a really good time.”

“We do so many contests in one season, to now just have a week when we’re not on a really tight schedule, it’s relaxed… [But] if you feel like doing something crazy you can do it.”

Toots said the new course is built for more experienced riders, but there are both “mellow” and “gnarly” ways to hit most of the features.

“Our goal is the make it fun – it’s more about being creative and doing something that is fresh for a snowboard.”

Where: Meet at the skating pond on Grouse Mountain – 6400 Nancy Greene Way, North Vancouver; the ride will take place on one of the six terrain parks at Grouse.

Cost: No extra cost; lift tickets for Grouse Mountain are $61